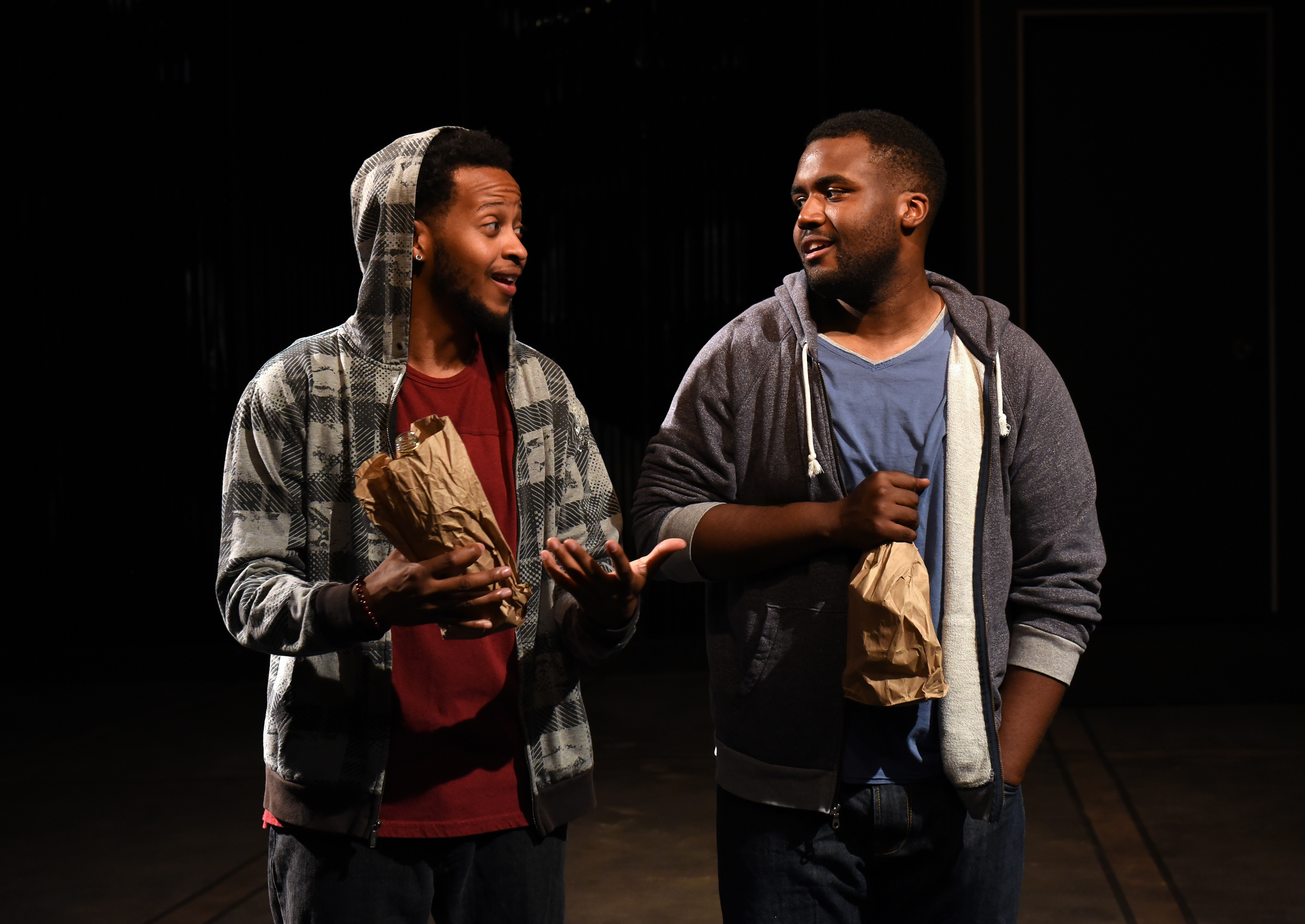 There is a certain heart in Kia Corthron’s work. A heart that, even in the midst of its imperfections, still urgently beats with the hope that somewhere, somehow, her message will pierce the consciousness of those who see it and bring about social change. “Megastasis,” a world premiere presented by Eclipse Theatre Company and directed by Aaron Todd Douglas, is no exception.

This play follows the journey of Tray (Anthony Conway), a young nineteen-year-old man when we initially meet him, who is desperately trying to make the right decisions in life. He has a job that helps take care of his grandfather, Dex (Darren Jones), who is still grieving the death of his wife, who died a year prior from cancer. He’s actively trying to be a father to the young baby he has with his girlfriend Nakeesha (Martasia Jones). And during all of it, he still tries to enjoy his youth with his cousin Dubby (Gregory Fenner), who he often visits on the campus of the college he attends. His life seems as if it is going in the right direction but as with most youth of color, being in the wrong place or wrong time or just even making a small mistake could cost you decades of your life.

The play is not without imperfections. Corthron’s desire to educate us as much as she can can cause the material to be dense at times. There are also moments that seem to come out of nowhere because they were not planted earlier in the play.

However, despite the play’s flaws, it is a show worth seeing. Corthron takes the time to show us how heartless the system can be toward poor people of color, yet she doesn’t leave us there. She provides a glimpse of light at the end of life’s often disappointing tunnel. (Loy Webb)