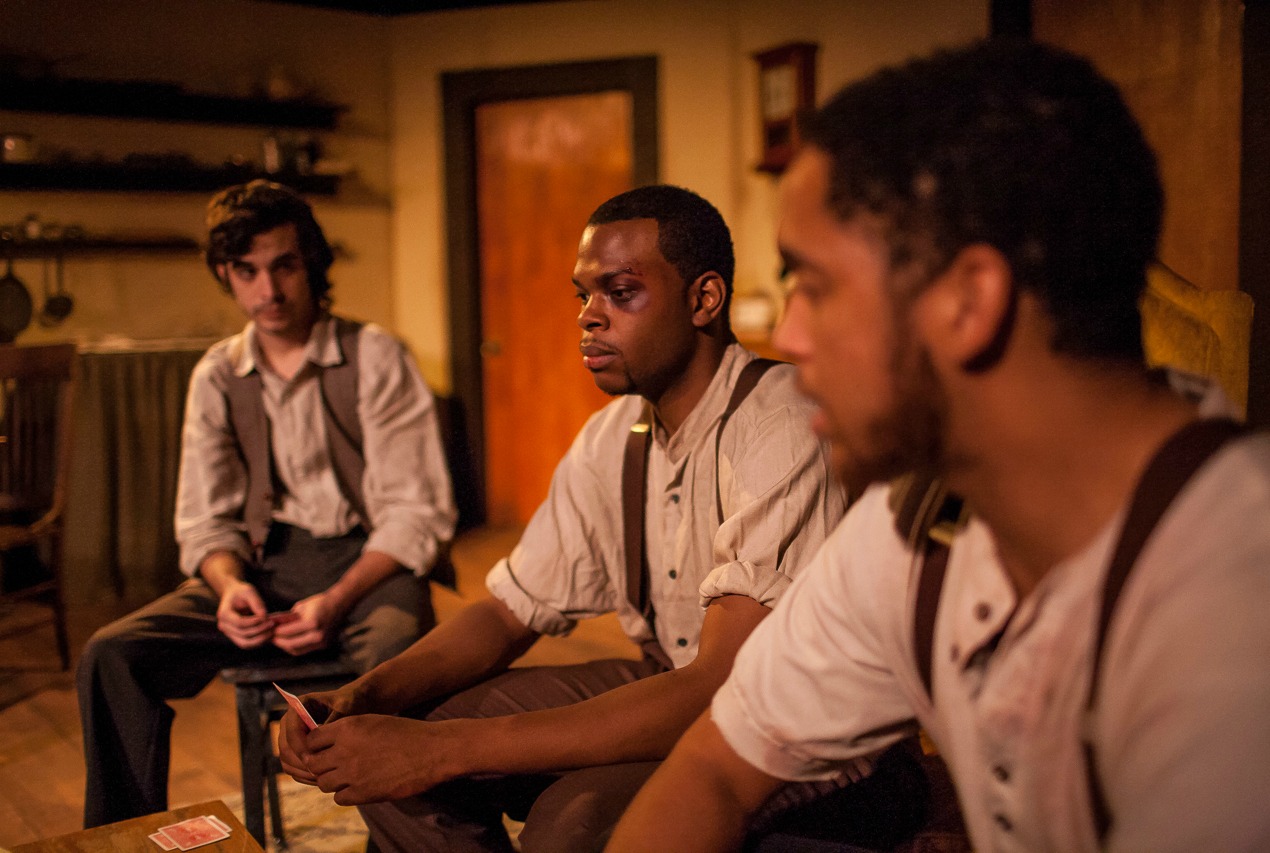 A young playwright whose name is quickly becoming familiar to audiences in New York, New Haven and his hometown of Washington, D.C., Branden Jacobs-Jenkins is likely best known in Chicago for his Pulitzer Prize-nominated play “Gloria,” an incendiary workplace drama that was staged at Goodman Theatre earlier this year. The play introduced many to Jacobs-Jenkins’ gifts as a writer as well as his proclivity toward the provocative.

This month, Jacobs-Jenkins’ Obie Award-winning play “An Octoroon” will be staged by Definition Theatre Company. With their inaugural production of “The Brothers Size” by Tarell Alvin McCraney only five years in the rearview, Definition has caught the attention of some big names in Chicago theater in just a few short years. “An Octoroon” will be produced in association with the Goodman and helmed by that company’s resident director Chuck Smith. Additionally, the production will mark the start of Definition’s tenure in Victory Gardens’ Resident Theater Program.

The attention is hardly undeserved. After a string of increasingly well-received productions culminating in the hugely successful remount of “Byhalia, Mississippi” (produced in collaboration with The New Colony) it became impossible to ignore Definition’s potential. 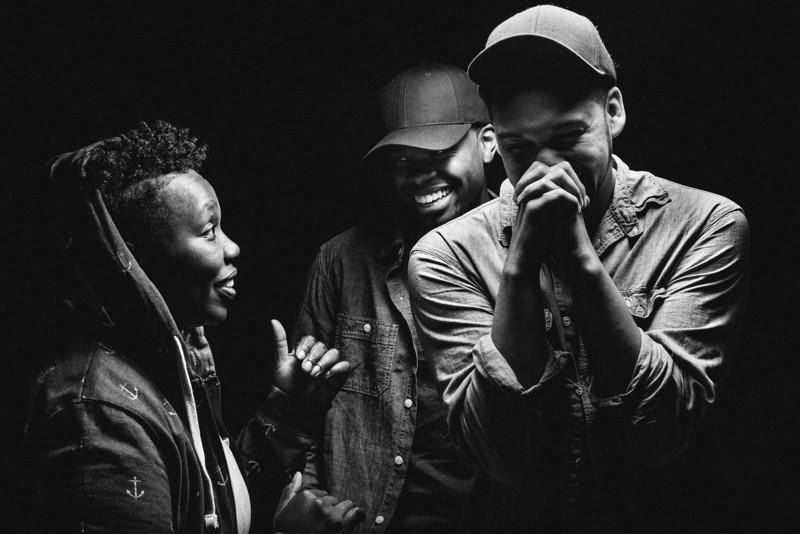 It is not surprising that the ambitious company would connect with the thirty-two-year-old playwright who received his undergraduate degree from Princeton, his master’s from NYU’s Tisch School and who is also a Fulbright Scholar and a MacArthur Fellow.

“It’s not everyday that you stumble upon a play that fits the mission of your company like a glove,” artistic director Tyrone Phillips tells me. “The genius of the piece comes from how [Branden Jacobs-Jenkins] explores our past and present theatrical styles and how we as artists bring about social change through storytelling.”

Phillips, who is also acting in the play, is a beacon of positivity, a good person to have at the helm of a company that is frequently tackling work that is challenging both artistically and culturally.

“An Octoroon” (a word that refers to a person who is one-eighth black) is a stylized adaptation of Dion Boucicault’s 1859 “The Octoroon,” a play about a Southern plantation that has run aground after the death of the family patriarch. A tale of love and lust that plays out against the backdrop of a nation on the brink of civil war, “The Octoroon” expresses Boucicault’s moral misgivings about the treatment of slaves without ever going so far as to question the legitimacy of their status as property. Boucicault’s melodramatic structure quite literally separates black from white, leaving the characters of color with very little in the way of agency or voice as two white men vie for the affection (or perhaps possession) of the titular octoroon, a young woman with a very pressing identity crisis.

In his adaptation, Jacobs-Jenkins’ uses Brechtian wit as an act of reclamation. Mixing Boucicault’s high drama (not to mention much of his dialog) with ironic subversion, Jacobs-Jenkins’ creates a pastiche play that points to the holes (moral, narrative and otherwise) in the original while also deepening the saccharine sentimentality into something more meaningful.

“The beautiful thing about the play is that it is simultaneously old and new, nuanced and over the top, serious and hilarious,” says dramaturg Jared Bellot. “Its success as a piece of theater relies on the constant maneuvering of these dichotomies. The funniest and most painful moments are born when the lines between these extremes are blurred and forgotten.”

The apex of the original plot hinges around the discovery of a photograph that determines the outcome of the play as well as the fate of several characters. A novelty in the mid-nineteenth century, the notion that a photograph might exonerate wrongdoing is a fraught subject in the twenty-first.

“Today we are audience to recorded footage of violent acts against black and brown bodies, female bodies, queer bodies, trans bodies, on a nearly daily basis–without any sort of incitement of the perpetrators of that violence,” says Bellot. “There seems to be no spectacle grand enough to shake us out of our stupor.

“In this play, one of the main driving points is that we don’t even have the words or understanding to begin to discuss race in the US, let alone solve our ‘race problem’,” he surmises.

Speaking to the play’s capacity to spark much-needed dialog, Phillips adds, “In order for us to move forward as a nation dealing with race, we have to address our past practices dealing with race. It is a full group conversation and ‘An Octoroon’ is not structured to elicit one certain reaction.” 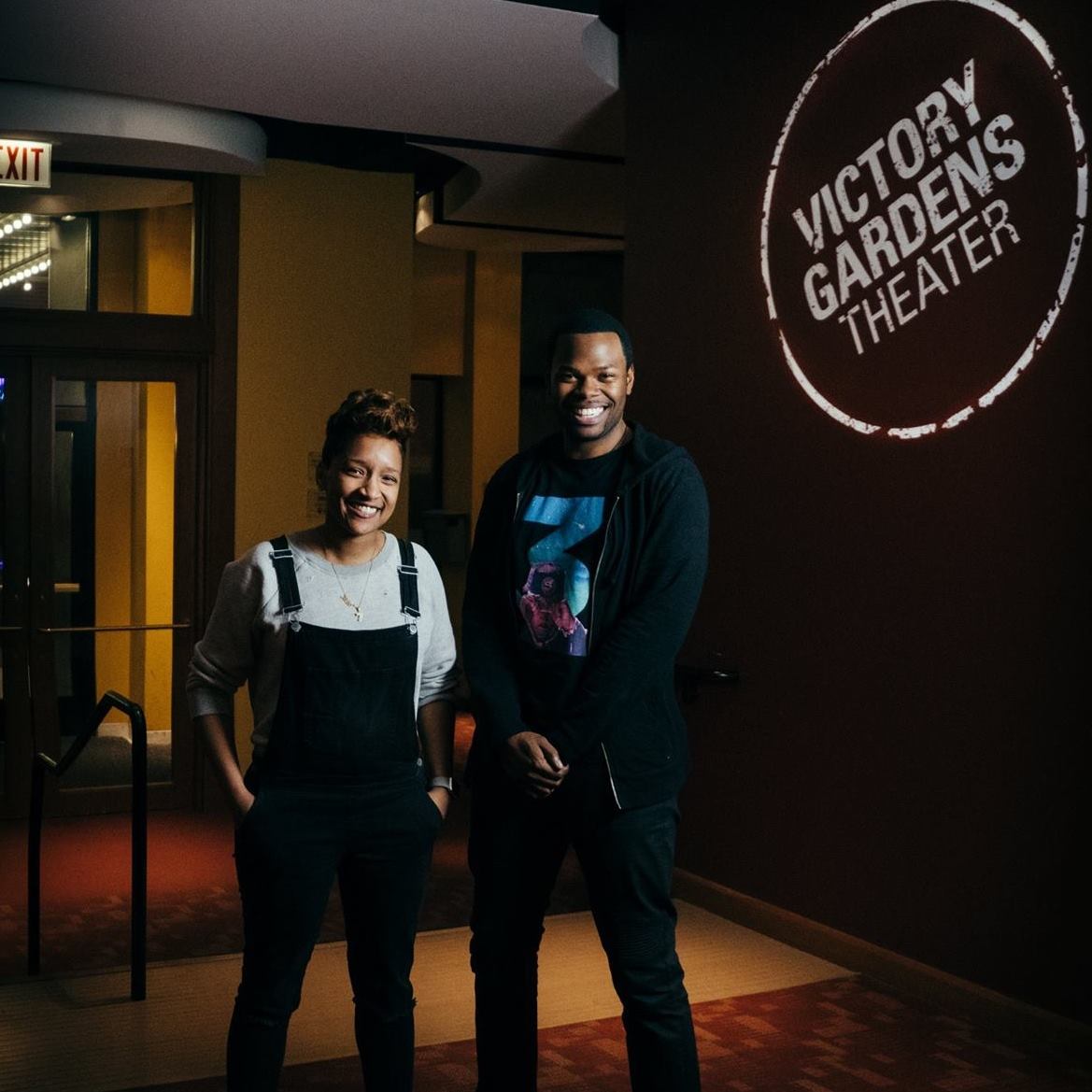 In interviews, Jacobs-Jenkins has expressed frustration in the expectation that he is always commenting on race. Given the setting and milieu of “An Octoroon” this sort of pigeonholing is not entirely surprising though to focus solely on the racial dynamics therein overlooks the intersectionality of the play.

“The play is largely about identity, even down to the title,” explains managing director Neel McNeill, referring to the small but important article shift from “the” to “an” suggesting that the events of the play reflect not a singular instance but rather a cultural phenomenon.

The subject of labels is also important to these artists, in particular how they can be limiting and/or misleading.

“[Jacobs-Jenkins] holds a mirror up to our present society and in doing so manages to subvert the commonly held notion in our label-obsessed society that any of our identities can be defined by a single convenient label,” says Bellot.

“An octoroon is a person that’s one-eighth black but how exactly can you identify that just from a glance?” questions McNeill. “It shows the incongruity between how we and society identify and label ourselves.”

Phillips speaks candidly on this subject, “I’ve come to learn that for some reason, people need to be able to label you and put you in a box in order to understand you. Otherwise you may be perceived as a threat.”

I wondered if, as a company comprised predominantly of artists of color (one of very few in a city that is having a very public struggle with issues of diversity and representation), they shared some of the same feelings that Jacobs-Jenkins has expressed in the past.

“Yes!” Phillips responds emphatically. “[We] went through a very similar sentiment when we first started. We were quickly referred to as the newest black theater company in Chicago. This expectation Jacobs-Jenkins speaks about is something I believe every artist of color has to face at some point or another in their career. It’s not fair but it’s true and I still found it jarring when we had to face this notion as a company.”

With a higher profile and greater resources, Definition Theatre gets to avoid some of the roadblocks of an itinerant storefront and concentrate on what truly matters: the art.

“Definition Theatre is tackling representation on and off stage,” concludes Phillips. “We hope our audience will give us a true reflection of the world we live in when we hold the mirror up.”

“We’re redirecting our focus from operations to artistry and development,” explains McNeill. “We want our seasons to grow to include more plays and look for any opportunities to have exciting and meaningful collaborations with other artists, companies and our community members.”