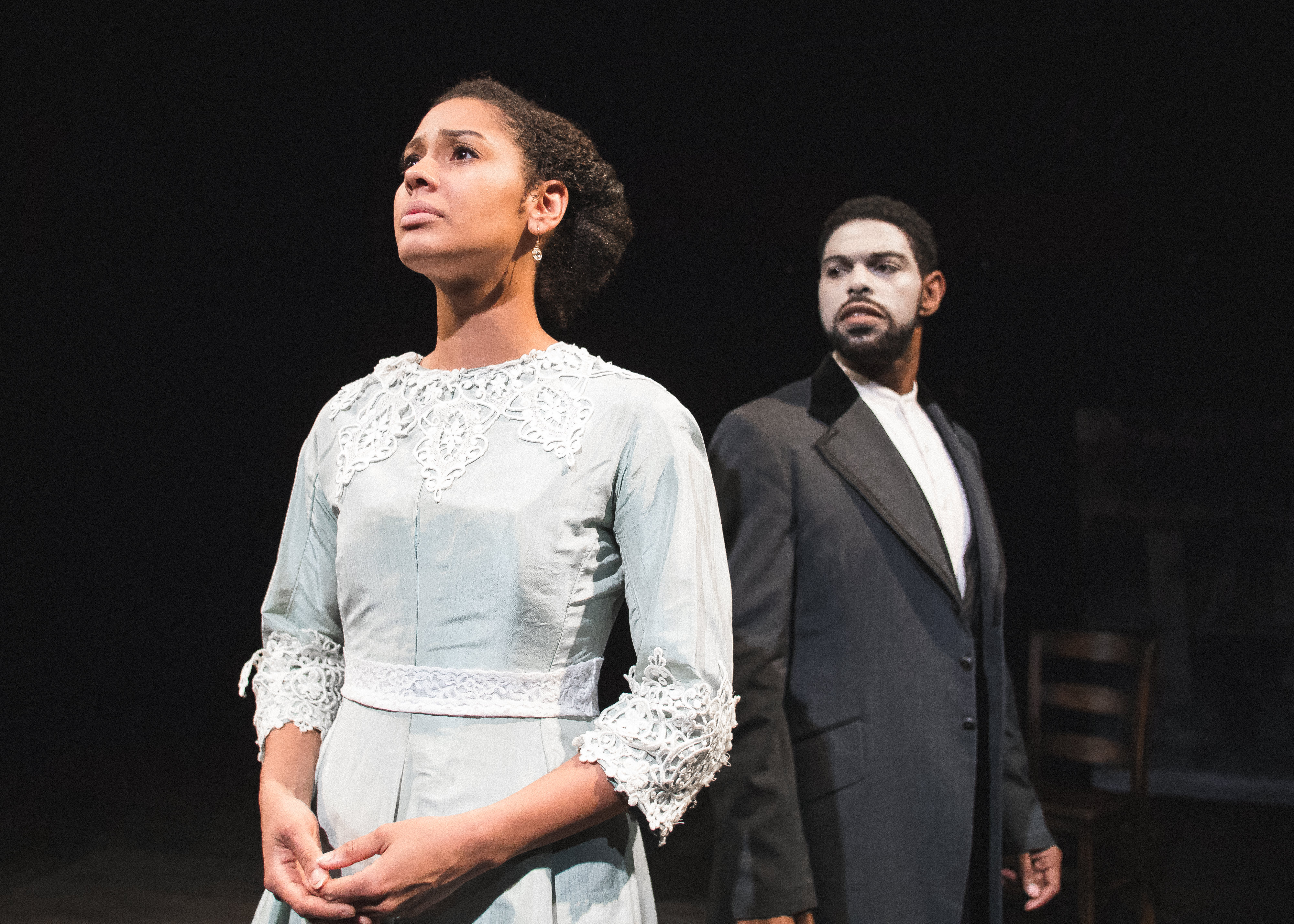 It’s hard to say how exactly the show works: at face value, in adapting the nineteenth-century melodrama “The Octoroon,” playwright Branden Jacobs-Jenkins questions what theater even does anymore and what race is as he explores how we experience the world through art and technology.

But that still does not catch what this show does to you.

The plot follows a plantation’s heir as he struggles with financial ruin and love. The plot is tacky, full of racist caricatures, redface and blackface. But it is also funny; underscored by piano covers of 2000’s songs (they contextualize “Bring Me To Life” by Evanescence) and wild gesticulating. All the acting is deliberately melodramatic and done with such sharpness and authenticity that you almost forget you’re watching a show with a literal Jim Crow in it. The actors seem so comfortable with what’s happening, you invest.

The two slaves who maintain the house, Minnie (Sydney Charles) and Dido (Maya Vinice Prentiss), are entertaining and seem to be living good lives; they’ve got their own drama separate from the plantation. The danger comes from playwright surrogates BJJ (Breon Arzell) and Playwright (Christopher Sheard) who maintain a sense of omnipresence. But really, the whole thing almost seems benign.

And then it pulls the rug out from under you.

And then, it says, there never was a rug. You’re still in a chair, in a theater. People have died. People are still dying.

There’s a gravity that sinks across the room. They’ve brought something very real into this space. As the fifth act closes out, Dido says “I just don’t know what I’m supposed to be doing better. To be happy.” And then she and Minnie have their plot usurped by the white people.

The layers “An Octoroon” recognizes and reveals are painful and absurd. The cast is equal parts hilarious and heartbreaking. BJJ says he contemplated burning down the theater and letting the audience experience that. Instead “An Octoroon” asks that you feel something. It does the rest of the work for you. (Jay Van Ort)