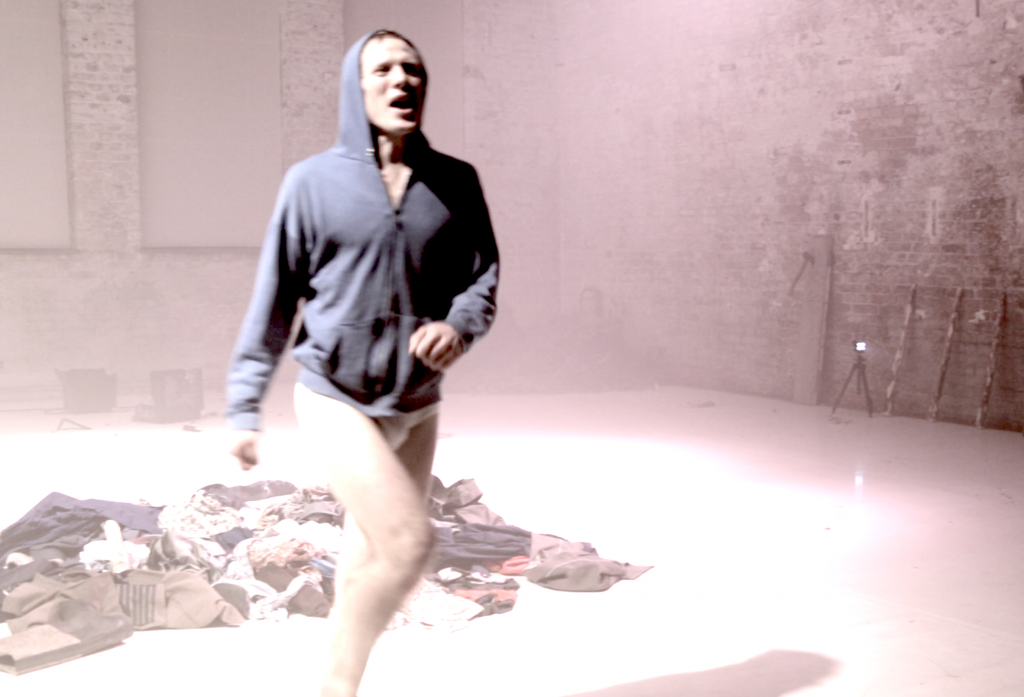 Frank Willens is among several Berlin artists, including Tino Sehgal, Meg Stuart and Peter Stamer, whose use of dance, choreography, performance and interactivity pairs with social constructivism to take on new dimensions. Panic, despair and an anguished need to grasp some—any—hopeful future direction motivates his upcoming work at Defibrillator. “I was deeply frustrated with the state of the world at the end of last year as I watched Donald Trump come into power and witnessed the populist right gaining footing in Europe,” explains Willens. “As an artist in Berlin, I realize that I live in a kind of cultural bubble. The calamities of the world are brought to me by way of articles in the New York Times, Der Spiegel, or Facebook posts, but my daily life remains largely unaffected, other than the fact that this heaviness influences my thought processes and my general mood. There is a feeling of helplessness that is sometimes overwhelming and propagates a deeper feeling of helplessness. I was thinking a lot about the compromises that I as a dancer, performer or collaborator have to make when working with companies or in projects with other directors or choreographers, the compromise between exercising my own artistic agency and fulfilling a role as a good collaborator. This piece emerged out of a need to actively create something, out of a need to respond immediately regardless of conditions.”

Willens’ work began as a four-night collaboration with four musicians at noted Berlin indie space Dock 11 over the Christmas season. He departs from the idea of the disposable sacred in the commercial accoutrements of that holiday most specifically associated with unnatural birth, whether of a savior or some ideal of salvation. “I’m always impressed with the discarded Christmas trees which litter the streets of Berlin for about a month after Christmas,” Willens explains. “I’m always intrigued by these cultural symbols which are celebrated and are made meaningful. The details change from region to region, from country to country, but the idea of bringing this tree into your home, decorating it, putting presents under it, and executing all the other rites and rituals around it and making it very meaningful, only to then strip it of any sacredness and toss it onto the street a few days later—this annual action is amazing to me. I wanted to play with the symbolism, with the cultural gesture. I wanted to present the symbol in a very dramatic way only to then disregard the profoundness and let it become just a pile of branches or maybe still an archaic baseball club.” (Michael Workman)