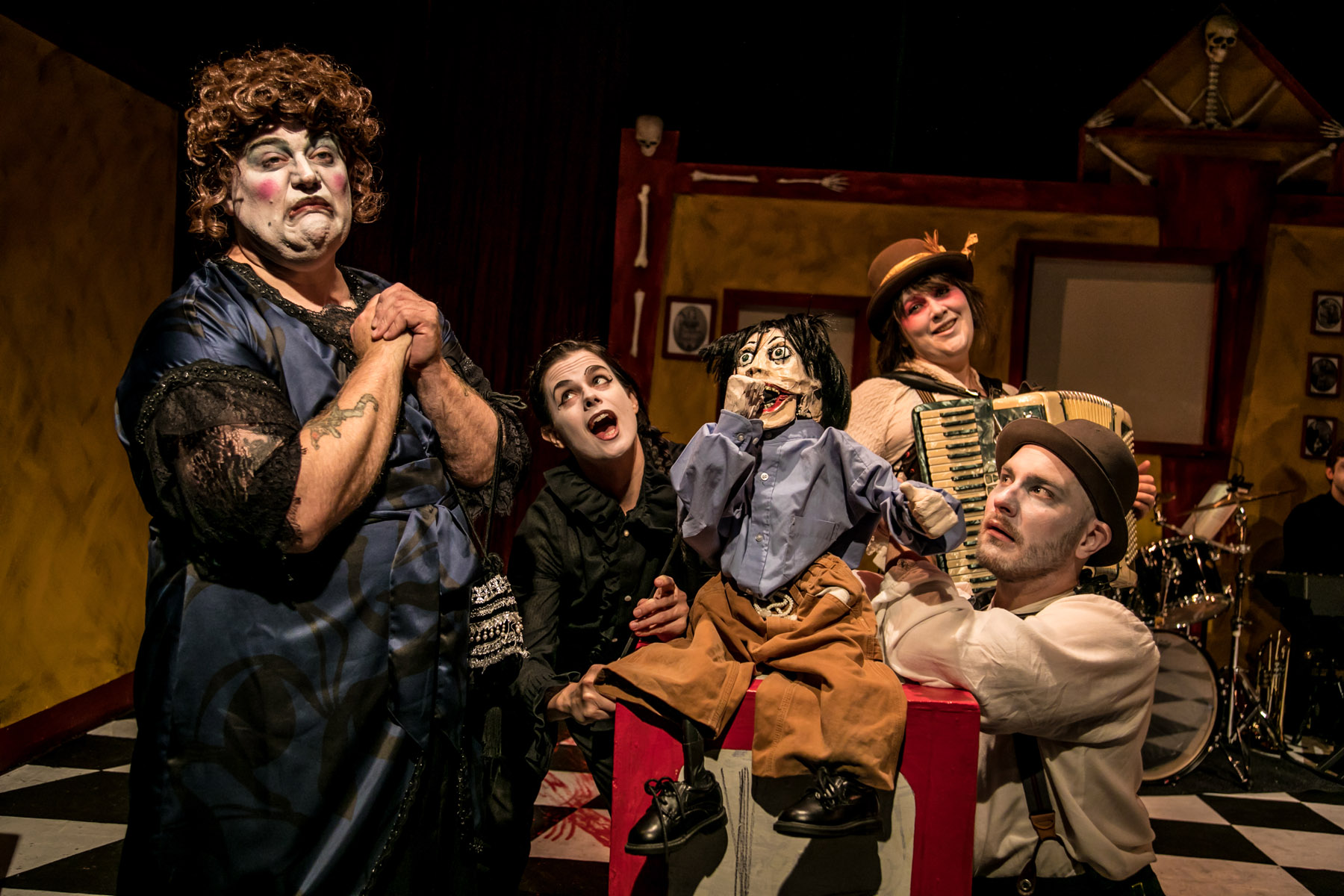 Stories for children have had their macabre side long before the Brothers Grimm released their first volume of fairy tales in 1812—Hansel and Gretel roast a cannibalistic witch in her own oven; Cinderella’s stepsisters amputate slices of their feet to fit in a tiny shoe; Rapunzel’s prince suffers a vicious blinding—and these are just the ones most kids know by heart.

So when physician Heinrich Hoffmann wrote and illustrated a book he called “Lustige Geschichten und drollige Bilder” (Merry Stories and Funny Pictures) as a Christmas present for his three-year-old son, it was hardly bizarre that the stories starred children who seemed to exist for the sole purpose of being punished. Published to wild success at the encouragement of his friends, the jolly stories of psychopathic Frederick, pyromaniac Harriet, anorexic Augustus and incorrigible thumbsucker Konrad are now beloved classics for German children, all collected under the unkempt emblem of Struwwelpeter (Shockheaded Peter), whose nails and hair curl and snare with hellish absence of order.

Black Button Eyes Productions presents an extravagant rendition of Julian Crouch and Phelim McDermott’s “Shockheaded Peter,” which frames Hoffmann’s fables within a narrative of parental narcissism and neglect. “Sometimes we have to be cruel…for recreational purposes,” drawls the preening MC (Kevin Webb)—and indeed any propensity to wickedness your id may be harboring is enacted by a multi-talented ensemble of gleeful sadists who sing, play instruments, contort, cavort, stilt walk and scream as easily as they kill off each naughty tot.

For the weak of stomach, no blood is spilled in the gory hour. Instead, the production wanders along the fanciful side of the horror spectrum, supported by excellent costuming by Beth Laske-Miller and artful use of the puppets designed by Jeremiah Barr. As the parents, Cody Jolly and Stephanie Stockstill are a picture perfect pair of domestic harmony and derangement. Ellen DeSitter (Agrippa), Kat Evans (Philip), and Genevieve Lerner (Robert) are as adroit with their limbs as their voices in their named and supporting roles. Caitlin Jackson is a destructive delight as Harriet. And Anthony Whitaker as evil Frederick is the orange-haired ogre of our unfortunate nightmares. (Irene Hsiao)