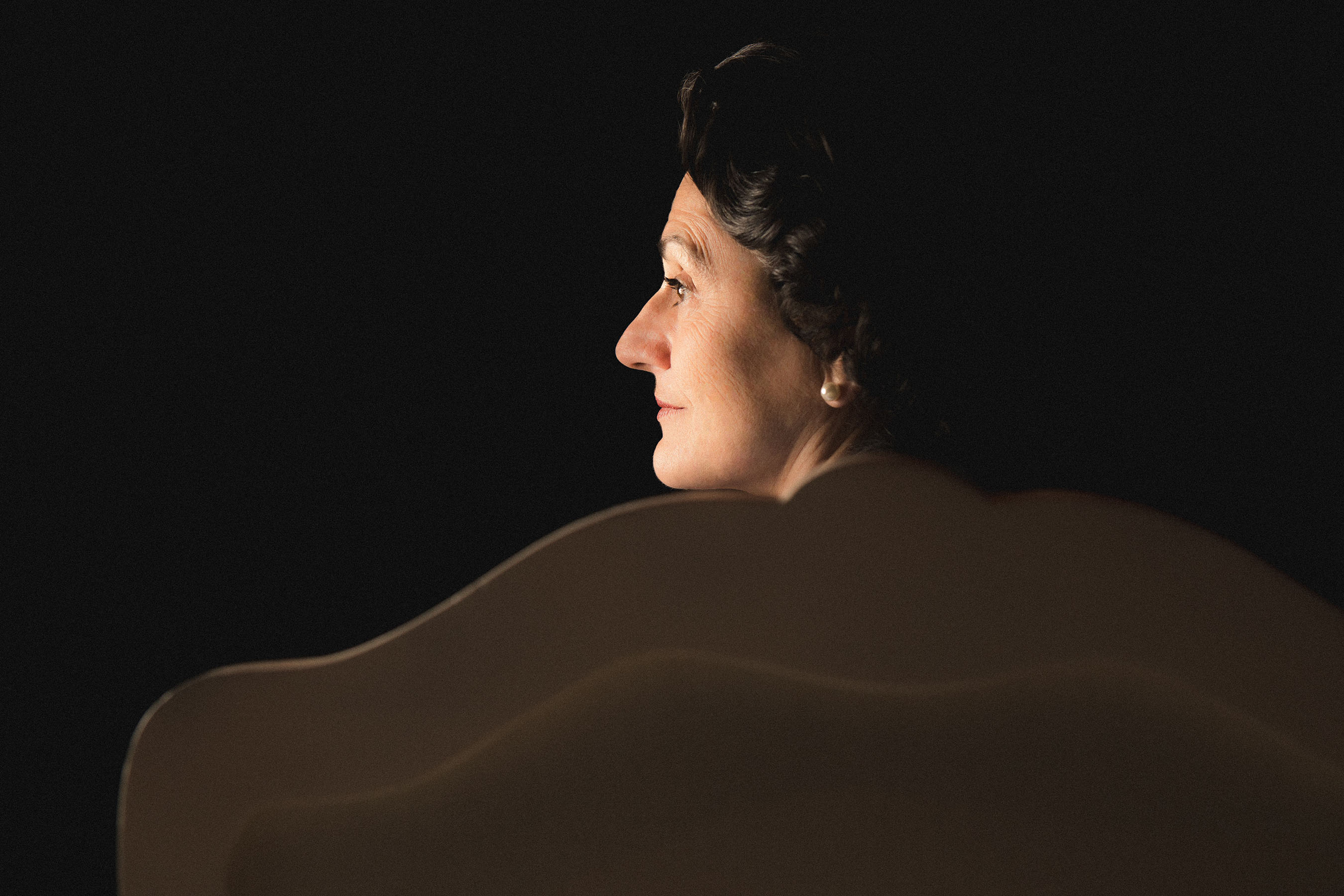 TimeLine’s theater-in-the-round auditorium draws the (theatrical) audience into “The Audience,” a play centered around a series of weekly conversations between Queen Elizabeth II (Janet Ulrich Brooks) and her twelve prime ministers at Buckingham Palace. A delicate but ornate chandelier looms over the auditorium space as audience members and prime ministers enter and exit the stage; one can’t help but equate the twinkling chandelier to the Queen’s constant presence among the coming and going of electoral politicians.

Peter Morgan’s script finds an unexpected but satisfactory, marriage with director Nick Bowling’s intimate look at a leader who is known for her privacy. It is the delicate balance of presenting a sheltered, privileged royal yet a meticulous, empathetic civil servant that distinguishes Brooks’ portrayal of the Queen. Brooks’ telling reactions paint a slightly more complicated portrait than what Peter Morgan’s written projection—respectful and positive, yet slightly mechanical—initially presents.

Matt DeCaro (Winston Churchill, Harold Wilson, Tony Blair), Mark Ulrich (John Major, Gordon Brown, Anthony Eden, David Cameron) and Carmen Roman (Margaret Thatcher and also the Queen’s dresse Bobo MacDonald) are winning supporting actors. DeCaro and Ulrich possess the ability to transform from one prime minister to the next seamlessly, using physical tics, vocal alterations and atmospheric changes to push beyond the caricature of personalities presented in Morgan’s script.  DeCaro’s Wilson (the Labour PM elected by a slender margin in 1964) notably is both hilarious and affectionate; Wilson and Brooks characters’ mutual respect for one another is reflected in their emotionally charged onstage banter.

Most compellingly, however, is Roman’s Thatcher against Brooks’ Queen. Though they thoroughly disagree with one another on Thatcher’s refusal to apply sanctions to apartheid South Africa, there is an interesting balance of honesty between the two women, both in positions of power in a society dominated by men. Their forthrightness with each other is intriguing, especially juxtaposed against Brooks’ interactions with the other prime ministers. Though Helen Mirren and Meryl Streep’s performances are hard to follow from the film of “The Queen” and from “The Iron Lady,” Roman and Brooks add new dimension and refinery to their respective roles.

Because the Queen struggles with the prime ministers’ decisions—whether she agrees with them or not on the Suez Canal crisis or the Iraq War—she must publicly support their decisions. It is this appeal to human emotion from points in her royal career that make the audience want to invest in this story. (Danielle Levsky)