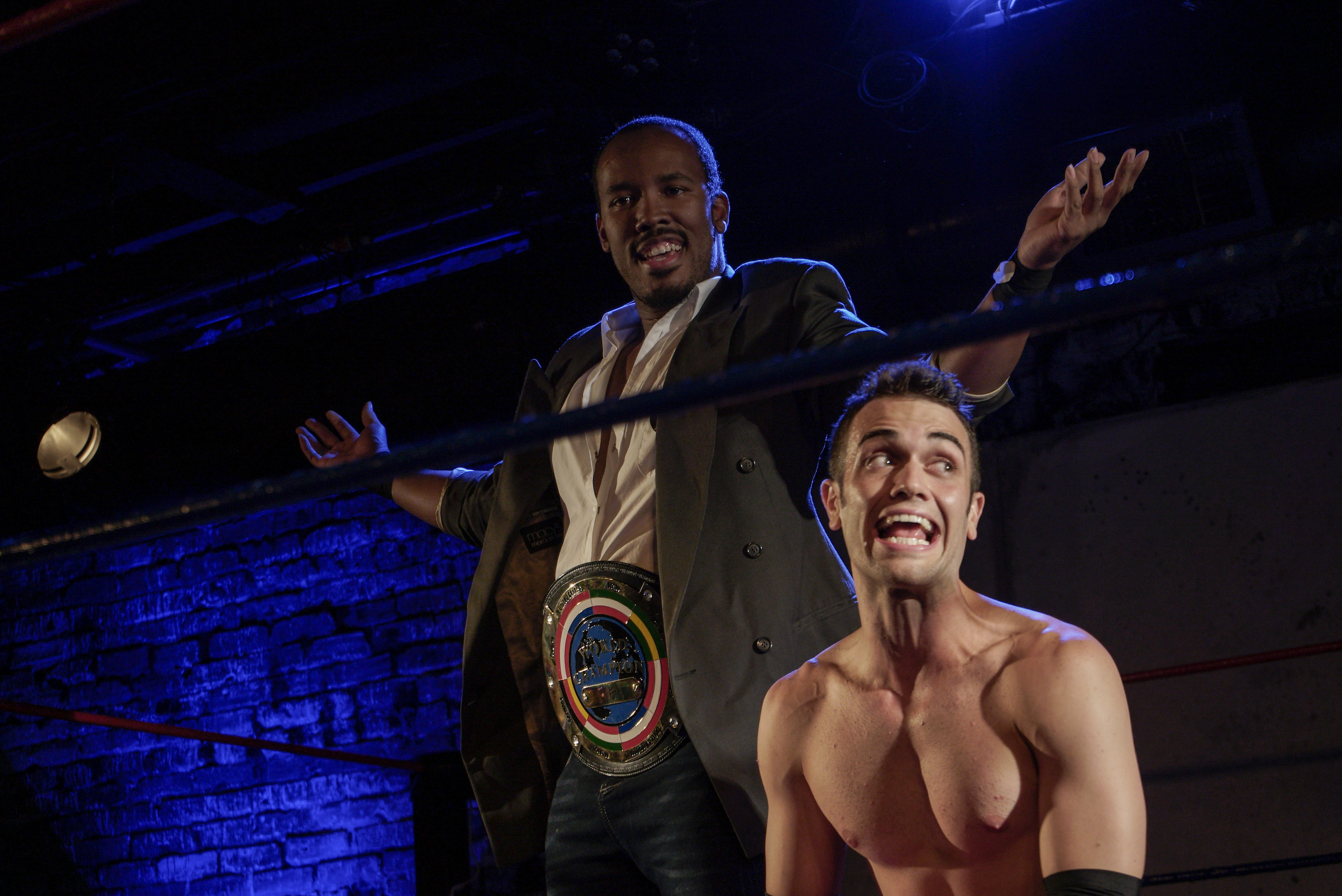 From the moment Macedonio “Mace” Guerro (Alejandro Tey) takes off his mask and talks about growing up in the Bronx until the lights fade out on Chad Deity (Semaj Miller) holding the champion’s belt, the elaborate entrances never stop. Maybe that’s because the only vital promise that The Wrestling (a close analogue to WWE) can offer is an elaborate entrance, a big show, where substance is secondary to spectacle.

“The Elaborate Entrance of Chad Deity” is all substance though, a fabulous production with wonderful interplay between text and stage with six actors equal parts cartoonish and real. It is a social allegory that places people of color next to the stereotype they’re expected to perform if they want to participate in the American Dream.

“Chad Deity” is about the love that Mace puts into his art form and the companionship that he finds in Vigneshwar Paduar or VP (Priyank Thakkar), a code-switching globalist who flirts in five languages and loves an audience. Mace knows that real wrestling is about the show but also about the story, about building something together. Mace puts in the work and producer Everett K. Olsen (Mickey O’Sullivan) reaps the rewards from the mythologies he invests into them, turning Mace into “Che Chavez Castro” (Mace is Puerto Rican) and VP into “The Fundamentalist.”

Lines blur as Mace’s complicity becomes increasingly tragic and frustrating. He’s the one who does the work. He’s the one who makes Chad Deity look good. But he also steps back at every racist drone Olsen drops. “But I don’t say that,” he says while pulling away VP, both understanding VP’s pain as well as not standing up for it.

While the points are salient and smartly put together, there’s redundancy to the show, tapping in at two hours and fifteen minutes. As well, there’s an emotional core missing, despite the beautifully played characters. When Mace’s triumphs come, they feel unsatisfactory.

Maybe that’s the point though. That The Dream is controlled by white men and to get in, you have to play it their way. (Jay Van Ort)