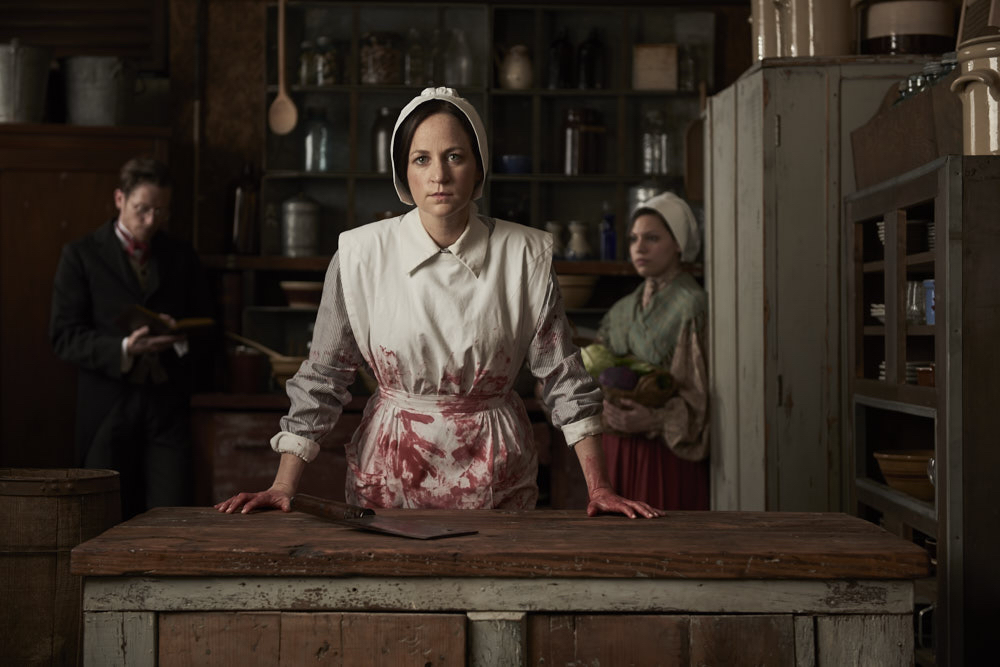 For twenty three years Rivendell Theatre Ensemble has been “committed to recognizing and cultivating the talents of women in theatre from playwrights and actors to designers and technicians.” Even in our progressive theater community, this mission statement and the deliberate execution of it makes them sadly unique.

On September 1, Rivendell opens the world premiere of “Alias Grace,” adapted from the novel by Margaret Atwood by playwright Jennifer Blackmer. Set in 1843, the story revolves around sixteen-year-old Grace Marks, who is accused of killing her employers. Doctor Simon Jordan researches the case and Marks’ criminal behavior. Based on factual events, Atwood’s novel is entirely fiction.

“We feel this kind of work is imperative for our community,” says Rivendell artistic director and co-founder Tara Mallen. “We’re showcasing universal stories that are told from a distinctly feminine lens.”

“We wanted to explore what happens when women are marginalized and how we maintain autonomy in situations where it is taken from us,” she continues. “Truth and personal identity can be explored in a really interesting way.”

Naturally, Rivendell’s production team are Atwood fans. Karen Kessler, who is the director of “Alias Grace” and also a co-founder of Rivendell, met Blackmer at Ball State University where they both teach; Kessler is a professor of directing and Shakespeare and Blackmer is a theater professor and associate provost for entrepreneurial learning. In their time at Ball State, they became fast friends and collaborators.

“I knew the play was stunning and needed to be seen,” says Kessler.

She and Mallen held a reading of “Alias Grace.” She was immediately hooked.

“I wanted to investigate this intangibility: are we just one definition or are we made up of a pastiche, a big puzzle?” asks Mallen.

Blackmer’s first draft was a six-hundred-page epic story with alternating narrators. “The reading was three-and-a-half-hours long and had fifteen actors,” according to Kessler.

“One of the best things to come out of this experience was the opportunity to work so closely with Atwood’s text,” says Blackmer. “I really got a chance to dig into her style and language. It was almost like she was in the room and I was learning from her, as a master storyteller. It’s like you’re having a conversation between two works of art.”

Throughout each draft of “Alias Grace,” Blackmer thought more seriously about the themes in the story and what it was that engaged her so much.

At the heart of this story was Grace Marks.

“Everyone in her world tries to define her, put labels on her,” says Blackmer. “She defies every one of those labels.”

Kessler sees that while many stories are written through a white male gaze, she also enjoys how “Alias Grace” seemingly starts through the white male gaze then flips it around with Grace Marks now looking at Dr. Simon Jordan.

Steve Haggard, who plays Dr. Simon Jordan, found himself digging into his own character, trying to engage with the theme of men’s power in society.

“Whether or not it is unconscious or intentional, it’s a power that’s often abused,” says Haggard. “Dr. Simon Jordan is an addict, a manipulator and a very privileged man. The hardest thing for me has been to go through this process and try to find compassion for him and not judge him.”

Recently, Atwood has seen a resurgence in popularity after the 2017 Hulu series adaptation of “The Handmaid’s Tale,” based on the dystopian novel she originally published in 1985. In addition to being adapted for the stage, “Alias Grace” is also being made into a Netflix TV series which will premiere later this year.

Blackmer thinks it is a “wonderful confluence of events” to have the play’s world premiere at roughly the same time as the Netflix adaptation release.

Blackmer met Atwood briefly on two separate occasions and has been a fan for a long time. Though they did not collaborate on the script, Atwood freely gave the rights for “Alias Grace” to be made into a play. Atwood said that she did not necessarily need to be involved because this was Blackmer’s interpretation of her work. Blackmer believes that Atwood is so open with her work because she is so masterful in her craft.

“The worlds that Atwood invent are just so rich,” says Blackmer. “She creates stories that really do transcend a genre. There are so many places to play that still make sense and tell the same story.”

Kessler notes that good adaptations are able to make the work their own.

“It has to stop being a novel and start being [Blackmer’s] play,” she concludes.

In her time at Rivendell, Mallen has examined the recurring question of how women navigate the workforce, particularly in male-dominated arenas. She questions why and how her male counterparts make more money than she does. More importantly, she questions herself for intellectually knowing it’s neither right nor fair while also not being furious about this reality.

“As a mother of a daughter, I want her to be irate about that,” says Mallen. “So how do we re-embrace this word ‘feminism’ and not be ashamed to say it? What does that mean in 2017?”

By committing themselves to taking chances on women artists, Mallen hopes to answer those questions with action. While she has grown Rivendell, Mallen has found support from other women artists in Chicago such as the late Martha Lavey, who was a longtime leader at Steppenwolf and passed away earlier this year.

“How do we make sure the Chicago theater community doesn’t become cutthroat and competitive?” asks Mallen. “I think it’s important that female leaders of our community pay it forward, by making time for younger women coming into the community and answering their questions. That’s the legacy that [Lavey] gave us.”

This season Rivendell has housed three world premieres each written by a female playwright. In the past year, they joined the National New Play Network’s Rolling World Premiere to get more opportunities to work on final development and workshop productions.

“We’re looking for a project for each season to be a little raw, so we can learn to become collaborators,” says Mallen.

With this being their fifth full season on North Ridge Avenue in Edgewater, Rivendell is interested in exploring audience engagement beyond talk backs, such as connecting with town hall series and book clubs across Chicago to participate in facilitated discussions. For “Alias Grace” in particular, they have been working with groups of women who have been incarcerated.

“The truth is, we’re marching forward,” says Haggard. “Theater needs to more accurately reflect the world in which we live.”

By including voices of those who are usually never heard, Rivendell is setting an example for a theater community that is rapidly changing.

“We have the understanding that with our stories, we can help the world evolve,” concludes Kessler.