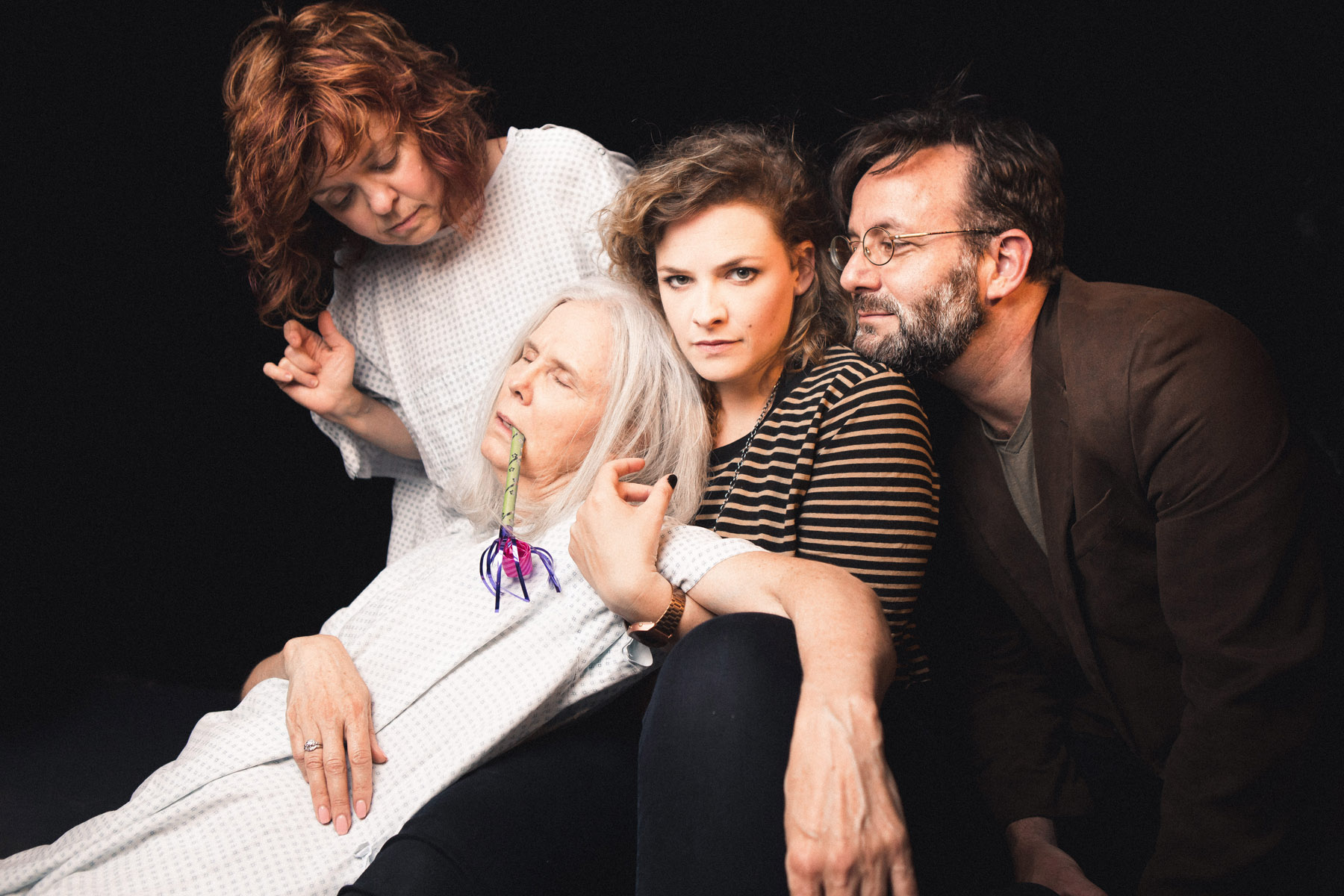 Judy Steele, Meg Thalken, Mary Williamson and Stef Tovar in a publicity image for “A Funny Thing Happened on the Way to the Gynecologic Oncology Unit at Memorial Sloan-Kettering Cancer Center of New York City” at Route 66 Theatre/Photo: Joe Mazza at Brave-Lux

3
Building The Wall
(Stage Left Theatre)
In a time when shocking campaign rhetoric turns into real policies, this Chicago premiere urgently reveals the power of theater to question who we are and where we might be going
Opens September 21