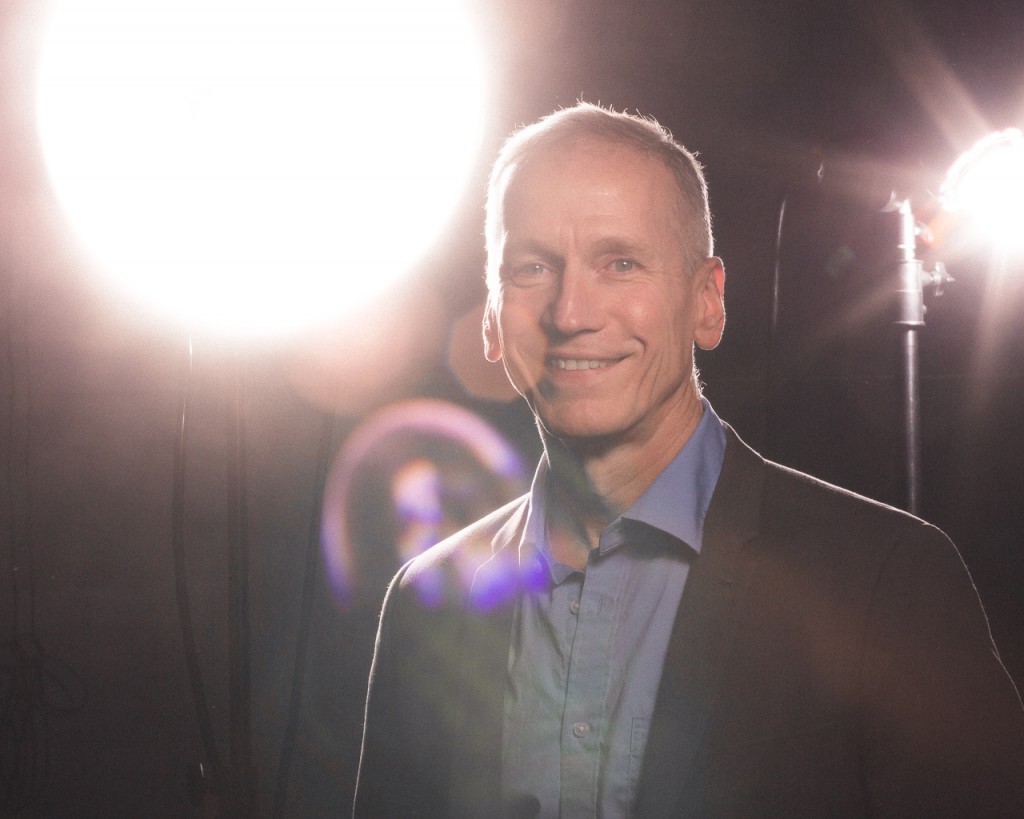 Glenn Edgerton is the artistic director of Hubbard Street Dance Chicago, which celebrates its fortieth anniversary this fall. Edgerton has lead the iconic company for the last eight years, commissioning work from internationally renowned choreographers, pushing the ensemble to excellence, and keeping Chicago’s homegrown contemporary dance company at the forefront of the art form. Edgerton spoke with us about the upcoming landmark season and his dreams for Hubbard Street forty years into the future.

Could you give us some highlights of the upcoming programs for Hubbard Street’s fortieth anniversary season?
In June we did a retrospective of work from the four decades of the company and now going into the fortieth anniversary, everything is looking forward. We are highlighting four choreographers this season with programs dedicated to each choreographer. The fall series at the Harris is dedicated to Peter Chu and will be a site-specific piece in which you will be transported backstage and behind the scenes at the Harris Theater. It won’t be a traditional performance where you’re sitting in the seats watching three pieces; you’ll be on a journey through the Harris. It’s something I’ve wanted to do for a long time.

Our winter series at the Harris is around Crystal Pite, one of the great contemporary choreographers of our time. She has created pieces for the Paris Opera, the Royal Ballet in London and now we’re representing her in a full program. In the spring we will be at the Auditorium Theatre with an overview of work by our resident choreographer Alejandro Cerrudo. The fourth performance is by Ohad Naharin. I’ve asked him to make a full evening work out of “Minus 16,” a celebratory event for our fortieth anniversary.

Hubbard Street has always been a forward-looking company. How do you feel the company has evolved in your time as artistic director?
In my time? It’s hard for me to define what my eight years at Hubbard Street have meant; I’ll let you folks do that when I’m in my grave. Hubbard Street has greatly evolved over forty years. Lou Conte had the company for over twenty years; what he made was the foundation of the company and built its great reputation. The period with Jim Vincent brought it into a more European style, bringing in choreographers from abroad, then I felt I had the freedom to present what is current and progressing the art form, and to push the boundaries of what is expected.

What do you look for in choreographers from whom you commission new works?
I am looking for work that has a sense of individuality that moves an audience in some way be it emotionally, intellectually, motivationally, spiritually, sensually. Dance can express and change a person’s perception on the world and their own outlook. It’s important to me to present work that evokes humanity, and when you can mix in a little humor, hopefully a patron will walk away from a dance performance of Hubbard Street in awe.

What do you envision for Hubbard Street in the next forty years?
Forty years from now seems so futuristic, it’s almost unfathomable to imagine what life will be like and the place Hubbard Street Dance will have in it. However, I see Hubbard Street being a leader in the world having satellites around the country and abroad where we are teaching dance and presenting dance globally through a network of schools and theaters, especially in regions that are comprised of individuals that are not as represented on our stages or within our institutions. Also, I would love to see Hubbard Street be the catalyst to changing the world. Instead of violence we replace it with a dance battle, instead of aggression or terrorism, replace it with dance to rid yourself of hatred. Imagine a world where there are no borders or arbitrary definitions placed upon us, but rather, people of the world appreciated by variations on their dance languages or styles; that would be my fantasy for 2057!

Are there any particular performances coming up that you’re looking forward to this season in Chicago?
I love supporting everything that’s going on here in Chicago. It is a great community and I love getting to know and see the dancers in the city and what they’re up to; it helps keep me on top of what’s happening in dance. And what could be better than to watch a dance performance? It’s been my life. I try to see as much as I can.