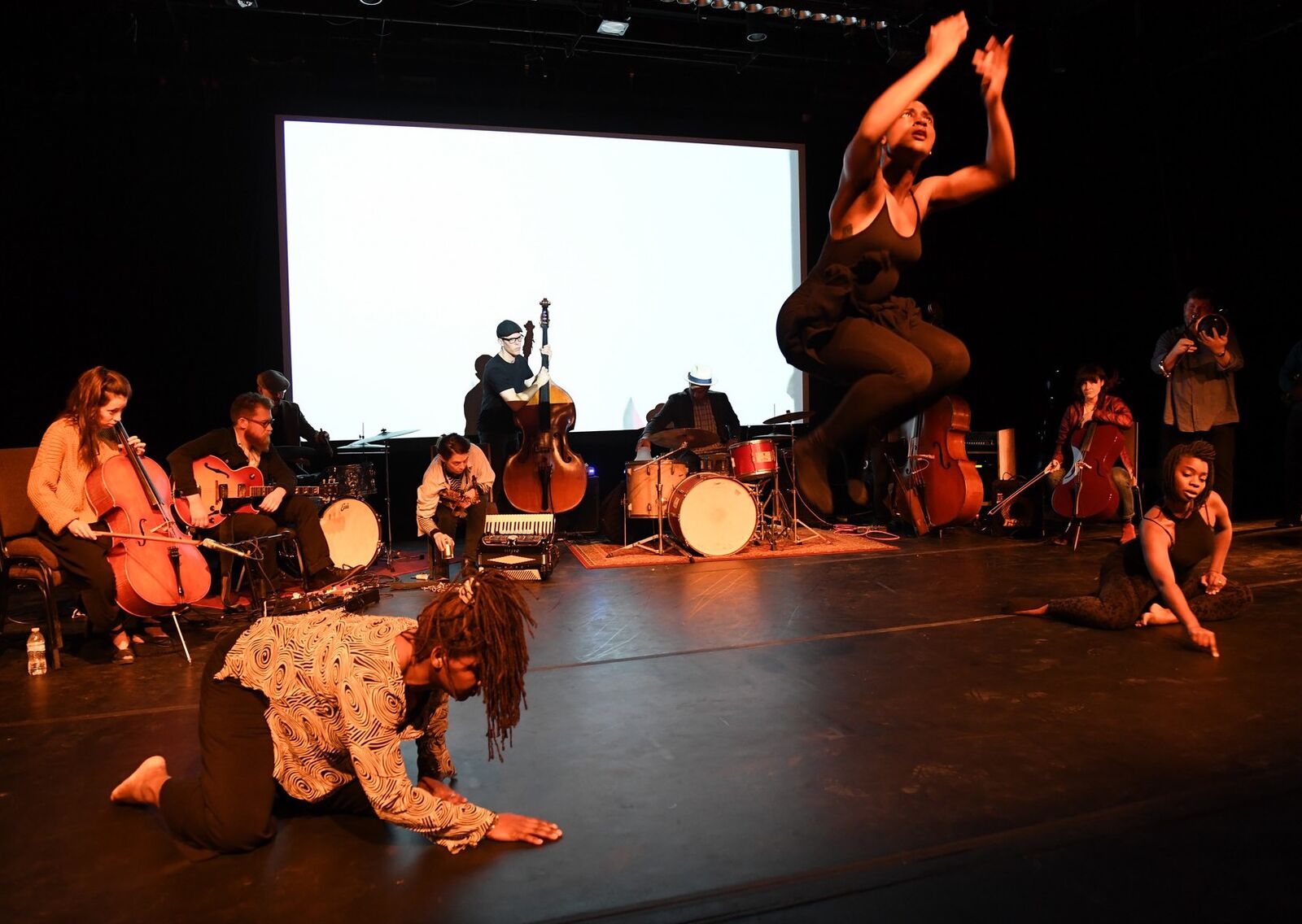 Marie Casimir, formerly of Links Hall, co-founded the annual Instigation Festival last September with Steve Marquette to forward notions of overcoming perceived barriers in much the same way the fest aspires to combine music and dance, southern sound and Chicago performance movement. “I wanted to see if our whiskey-fueled idea of a big orchestra and movement ensemble from New Orleans and Chicago could meld together in a way that felt organic,” explains Casimir, who sees no small amount of social subtext for wanting to bring people together despite differences. “We are living in crazy times. The fact that we continue to come together and share all the different little vulnerable parts of us is important. I am a Haitian immigrant who is rocking it out with my good buddy Steve, who’s a bit Polish, a bit European, one-hundred percent Chicagoan and we are committed to its aesthetic but also to its people. I hope [the audience] sees that.”

In longing for an expanded social context the duo has also sought to broaden its curatorial approach, explains Casimir. “In this second year, we are making some more directorial decisions about sound and placement, how the components are mixed together. We are also making room for other people’s projects and expressions around improv, so [we are] adding Onye Ozuzu’s ‘Project Tool’ at Dorchester Art and Housing Collaborative and Ken Vandermark’s ‘Marker’ at The Hungry Brain. We are also thinking international. How do we get this giant group to Haiti?” With enough momentum, that question won’t remain a question for long. (Michael Workman)