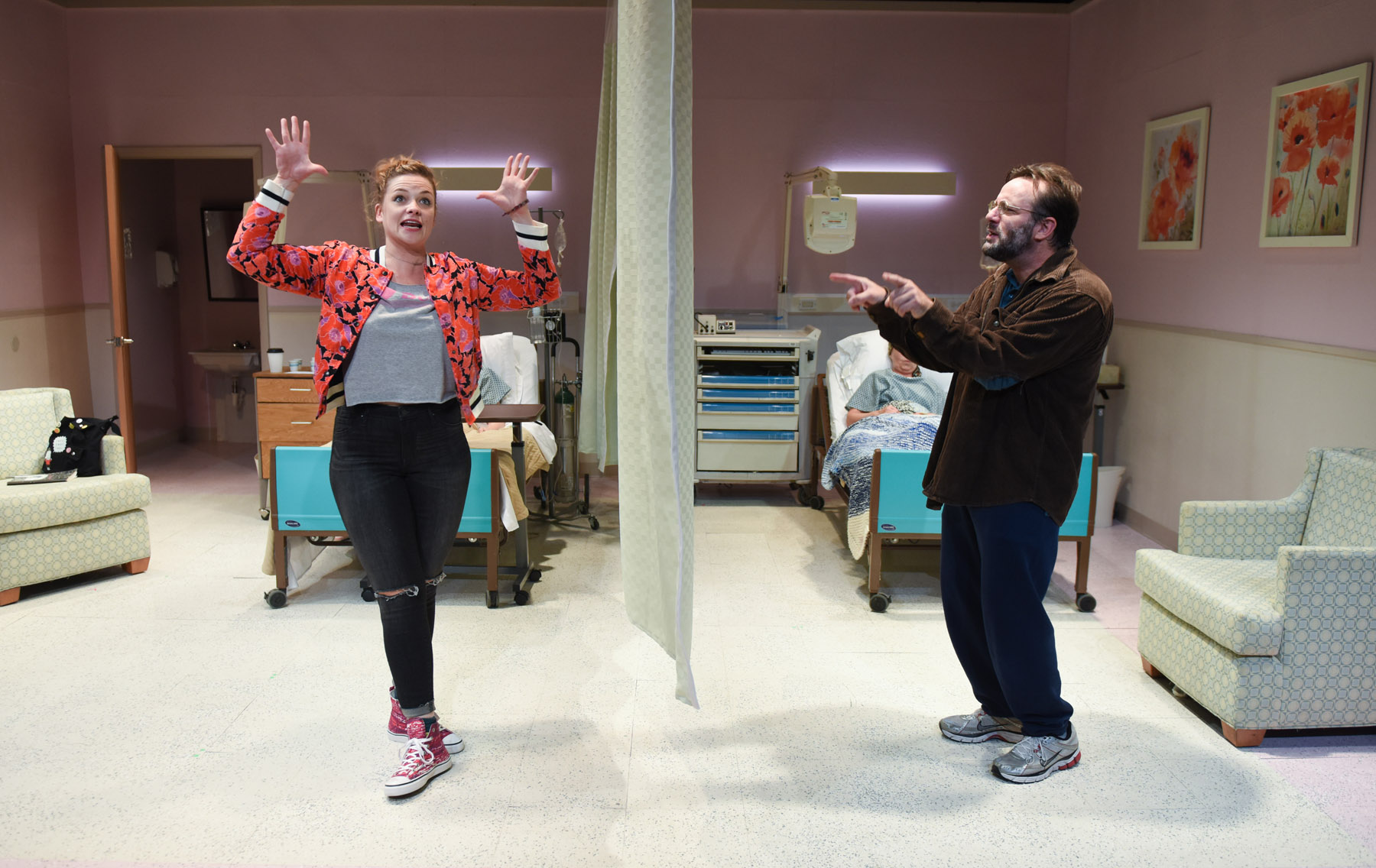 It is hard to cause an audience to be buckled over in uproarious laughter one moment and teary-eyed and dry-throated the next. And yet, “A Funny Thing Happened on the Way to the Gynecologic Oncology Unit at Memorial Sloan Kettering Cancer Center of New York City” does just that. Though Halley Feiffer’s script title is long, the show itself feels perfectly timed.

“A Funny Thing…” takes a lot of risks with dark humor, addressing topics like mental illness, drug abuse, sexuality, death, cancer, parenthood and romance head-on. The four flawed characters’ messy stories ultimately win the audience over with their sincerity and the universality of familial strife, life’s shortcomings and love’s barriers.

Under Keira Fromm’s direction, Mary Williamson gets many laughs but unfortunately does not succeed in fully conveying Karla’s inner turmoil. As a character, Karla uses laughter and comedy as coping mechanisms in response to friction with her mother and the fragility of her late sister’s death. Williamson’s performance doesn’t feel as genuine to the context of the play but rather more performative, as if she is channeling her character’s work as a stand up comedian instead. Even after she cries for the first time, the moment feels anticlimactic. There is opportunity to re-examine Karla’s humor as a mask of desperation.

As Don, Stef Tovar is superb and completely raw with emotion. His need to control the room when the play first begins is subtly broken down after Karla points out the exact reality he is afraid of. He goes beyond playing the sad foil to Karla and digs deep into Don’s emotional core: his resentful, drug-using teenage son, his wife who left him for a woman and his mother who has been dying for years. The back and forth between Tovar and Meg Thalken (who plays Karla’s mother) is hilariously uncomfortable.

There are moments when Feiffer’s script excels at creating touching and hilarious departures that can nevertheless feel unnatural upon arrival. For instance, when Don is describing how he and his ex-wife stressed over baby books, the story seems forced at first but then comes to a natural and satisfying conclusion when we witness Don, Karla and Marcie’s immediate reactions to Don’s parenting techniques. (Danielle Levsky)