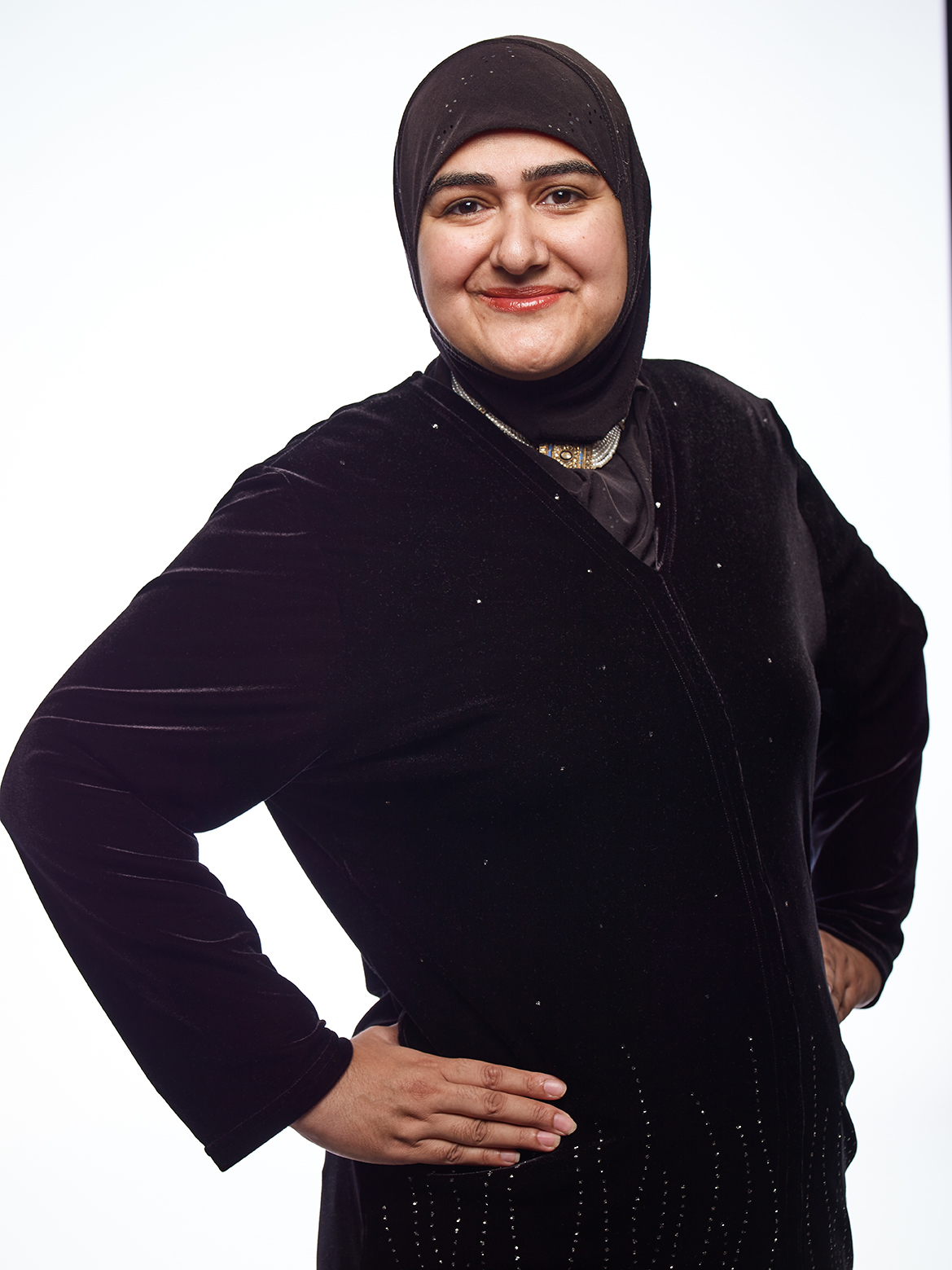 “A play takes years to develop,” says local playwright, storyteller and solo performer Rohina Malik. “You never want to rush it into production. When you write a play, it should stand up for fifty or a hundred years. That takes time.”

This fall is harvest time for Malik, who is looking forward to major productions of two plays that have been growing and evolving for years—or more accurately, a lifetime. October 20 is the Goodman Theatre opening date for “Yasmina’s Necklace,” a drama about love and identity among Iraqi immigrant and refugee families. (“Islamic rom-com” is the phrase used by director Ann Filmer.) On the very same day, Malik’s “The Mecca Tales” will open at the Voyage Theater Company in Manhattan.

“October will be very exciting,” says Malik, who will be shuttling between Chicago and New York during the frenzied period of final scene-tweaking for not one but two high-profile shows.

The author describes “Yasmina” as an intimate domestic drama about characters more often seen from the outside.

“Rarely do we see stories in the media about normal Muslim families, interacting in the living room,” says Malik. “This play takes people into their home. I hope the play—which has two women and five men—shatters stereotypes about Muslim women (‘oh, she’s oppressed’) and about men as aggressors and oppressors.”

“What I love about ‘Yasmina’ is how it’s not exotic in any way,” adds Filmer, who’s directing the play for the second time, following a 2016 production at Berwyn’s 16th Street Theater. “It’s an American love story about two families coming together in a potential love match. Any human being can relate.”

It’s ironic that this burst of interest in the Muslim-American playwright’s work is occurring at the moment that the most nativist president in history has taken power and that bigotry is being translated into foreign and domestic policy.

“The current rise in hateful rhetoric is forcing ADs [artistic directors] to think about everything going on in America,” says Malik. “They know that it’s those who feel voiceless whom we most need to hear from.”

Born in London of South Asian immigrant parents, Malik came to America with her family when she was fifteen, settling in Skokie, where she still lives with her husband and four children.

It was at Niles North High School, under the guidance of her drama instructors, that she had her first contact with both playwriting and the Goodman.

“We were exposed to Chekhov and Stanislavsky, and we saw the Goodman’s ‘Three Sisters’ with Calista Flockhart,” says Malik. “I remember when the curtain came up and I saw this amazing set and experienced high-quality theater. It was about the time I was writing my first play, and it was like a dream come true.”

That first play, produced at Niles North, was called “Mary’s Gift”—and judging by Malik’s giggle at the memory, it was not exactly “Three Sisters.” But she has not forgotten the feeling when her drama teacher announced to the class that “we have a playwright among us.”

Malik says she flourished after arriving in the Midwest, finding it emotionally warmer and more hospitable than London. But that was before 9/11.

Afterward, “everyone I knew had stories to tell about what they had seen and heard, ranging from silly to bone-chilling. The writer part of me was taking it in.”

By that time, Malik’s life had shifted away from writing as she became a Montessori teacher, married and had children.

“In my thirties, I felt like there was a hole in my heart,” she recalls. “A voice inside was telling me that it was in high school making theater that I was happiest and most whole.”

If Malik’s life were a play, that epiphany would signal the second act. She signed up for a class at Victory Gardens, walked into the classroom and began writing “Unveiled,” her one-woman, multi-character play about anti-Muslim violence. At about the same time, she began writing what would become “Yasmina” and “The Mecca Tales,” as well as developing them through readings, workshops and small-scale performances around town.

It was after a staged reading of “Unveiled” at Rivendell Theatre that Ann Filmer approached Malik and proposed developing it as a one-woman show featuring Malik herself and directed by Filmer. The show premiered at 16th Street Theater in 2009 and was taken to Victory Gardens the next year. Malik, who became an artistic associate at 16th Street, then developed and staged the world premiere of “Yasmina’s Necklace” at the Berwyn theater in 2016. The 2016 production garnered glowing reviews, inspiring the Goodman—which had featured an earlier version of “Yasmina” in its New Stages Festival—to include the play in its 2017-2018 season.

And so Rohina Malik has come full circle, from teenage theater buff agog at the Goodman’s set design to produced Goodman playwright. The secret of success, she claims, is listening to those inner voices.

“There’s always a whisper telling you what you should do,” she observes. “If you don’t do what you love, you’ll end up miserable in your thirties. If you do what you love, it gives your life such purpose. Since the moment I went back to playwriting, I’ve been busy—but it’s such a good busy.”

Much of that busyness has involved broadening and deepening her work, as well as updating it. “Things have happened since I began writing ‘Yasmina,’ but I stick to human experience,” says Malik. “The human cost of war will speak at any moment in time.”