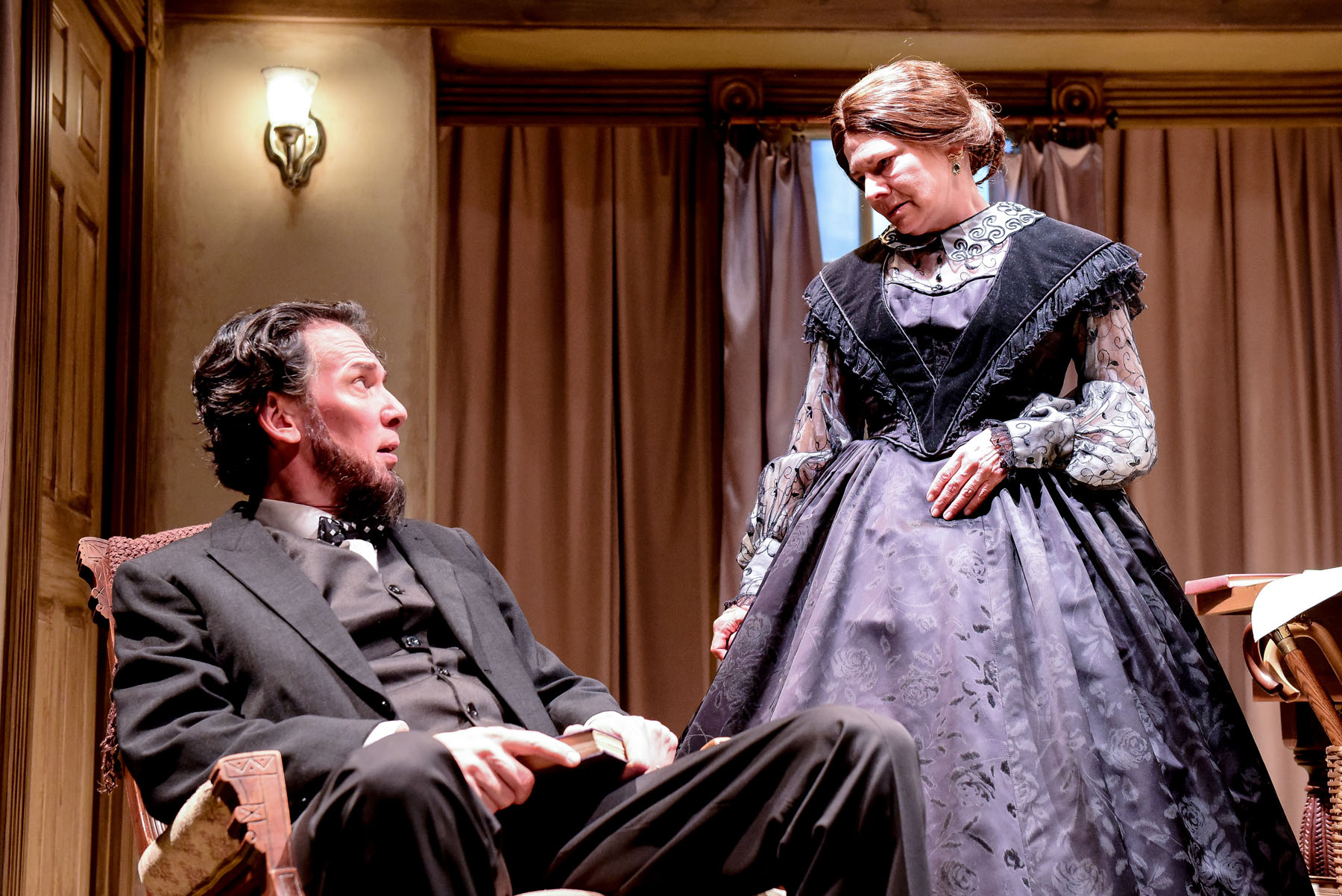 Initially commissioned for and premiered at Ford’s Theatre in 2009, James Still’s “The Heavens Are Hung in Black” is now presented for the first time in Illinois. The epic follows Abraham Lincoln’s daily interactions and dreams leading up to the signing of the Emancipation Proclamation, and is captured by Louis Contey’s direction and cast as fluidly and superbly as a nearly three-hour show could.

Though the play is based on texts from Lincoln’s letters and speeches, it delves into abstract and surreal depictions of Lincoln’s conscience in experimental ways. Contey’s calculated movements of the characters and hallucinations surrounding Lincoln (sincerely and expertly played by Lawrence Grimm) allow the audience to connect with a man who agonizes over the fate of the Union, the death of his own son and the guilt over the people he has sent into battle.

The play revolves around heated discussions and eerily vivid visions with Lincoln at the center of them all. Grimm is a down-to-earth Lincoln, whose mind and heart go forward at full speed, attuned to his cast members and audience alike. He fully and warmly engages every person he comes in contact with, be it his son Tad (a heartwarming Leo Sharkey); the president of the Confederate States of America Jefferson Davis (an engaging Don Bender, who also plays a strong William Seward and Edwin Booth); abolitionist John Brown (Zach Bloomfield, who also naturally transitioned into Billy Brown), and even his at-odds Secretary of War Edwin Stanton (Brad Woodard).

Intimate moments are explored between Grimm and Linda Reiter, who plays a grief-stricken Mary Todd Lincoln. Their on-stage compatibility is naturally palpable, accompanied by a characteristic Midwestern charm. Tim Newell is also a notable standout as Walt Whitman, playing the poet with a commanding melancholy.

Most interesting, however, is the exploration of Darren Jones’ roles: Dred Scott, Uncle Tom and others. His final role as the Twenty-first Century Man might seem message-laden at first but nevertheless presents a telling portrait of our country then and now. Having the same man play a fictional Uncle Tom in Lincoln’s dream and a man in a modern suit who appears upon Lincoln penning the emancipation, rightfully points out that the battle Lincoln launched is being fought to this very day. (Danielle Levsky)