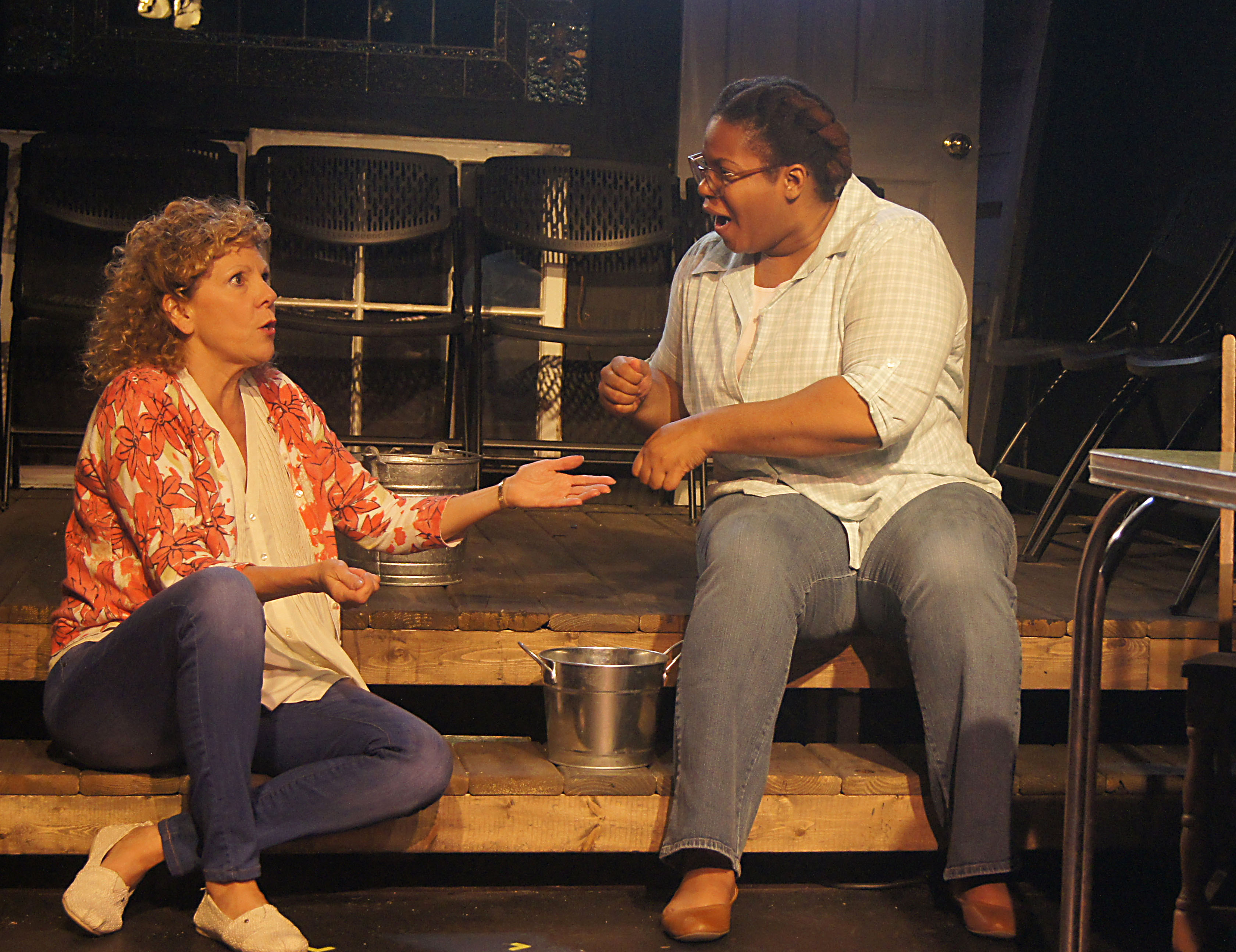 In his director’s note, James Fleming writes that “Our Town” playwright Thornton Wilder “was wrestling with many of the same issues in this country that we are today…[he] invites us to remember… remembering how far we’ve come as a society and how far we’ve still to go in addressing these inequities in our communities.” In a play that is traditionally set in a small, fictional town of Grover’s Corners, New Hampshire, between 1901 and 1913, Redtwist diversifies the cast and yet makes no change in the script. It is a keen and interesting perspective on what life might look like if diverse communities were the norm.

In Redtwist’s intimate space, the audience feels at once included and witness to all that was happening in Grover’s Corners. And yet, the intimacy was perhaps too strong when it came to set itself. Wilder once said that “our claim, our hope, our despair are in the mind—not in things, not in ‘scenery.’” The attention to detail on the set by scenic designer Lizzie Bracken and props designer Shea Messinger was exquisite and in the case of many other plays would have lent a marvelous insight into the lives of characters. However, the small details in the set, as well as the choice to develop the set before the audience’s eyes before the wedding takes place, made the experience sentimental. An intimate setting with minimal surroundings around the characters may have helped to create the simplicity and dryness that the play’s text tries to convey.

In the first two acts, Richard Costes was an incredibly engaging Stage Manager. His emphatic delivery created expectation and hope in this world. The audience continuously waited for something exciting to happen, instead of experiencing what would be the mundane moments of Grover’s Corners by just going through the motions with each character.

Perhaps this is why when Emily Webb (Elena Victoria Feliz) returns in the third act from the painful memory of her twelfth birthday and asks the Stage Manager if anyone truly understands the value of life while they live it and he responds no, it is hard to believe. The performances given by this illustrious cast lend an incredible amount of meaning to every action, every line and every cause for celebration or pain. Sentimentality is key here; no character seems to fall into the trap of cynicism or monotony. Exceptionally sincere performances are captured by Nicole Michelle Haskins (Mrs. Webb), Brian Parry (Doc Gibbs), Jacqueline Grandt (Mrs. Gibbs) and Ben Veatch (Mr. Webb).

It’s a cast comprised of “saints and poets,” as the Stage Manager laments to Emily in the end, which lends an entirely new tone to the iconic meta-theatrical show. (Danielle Levsky)