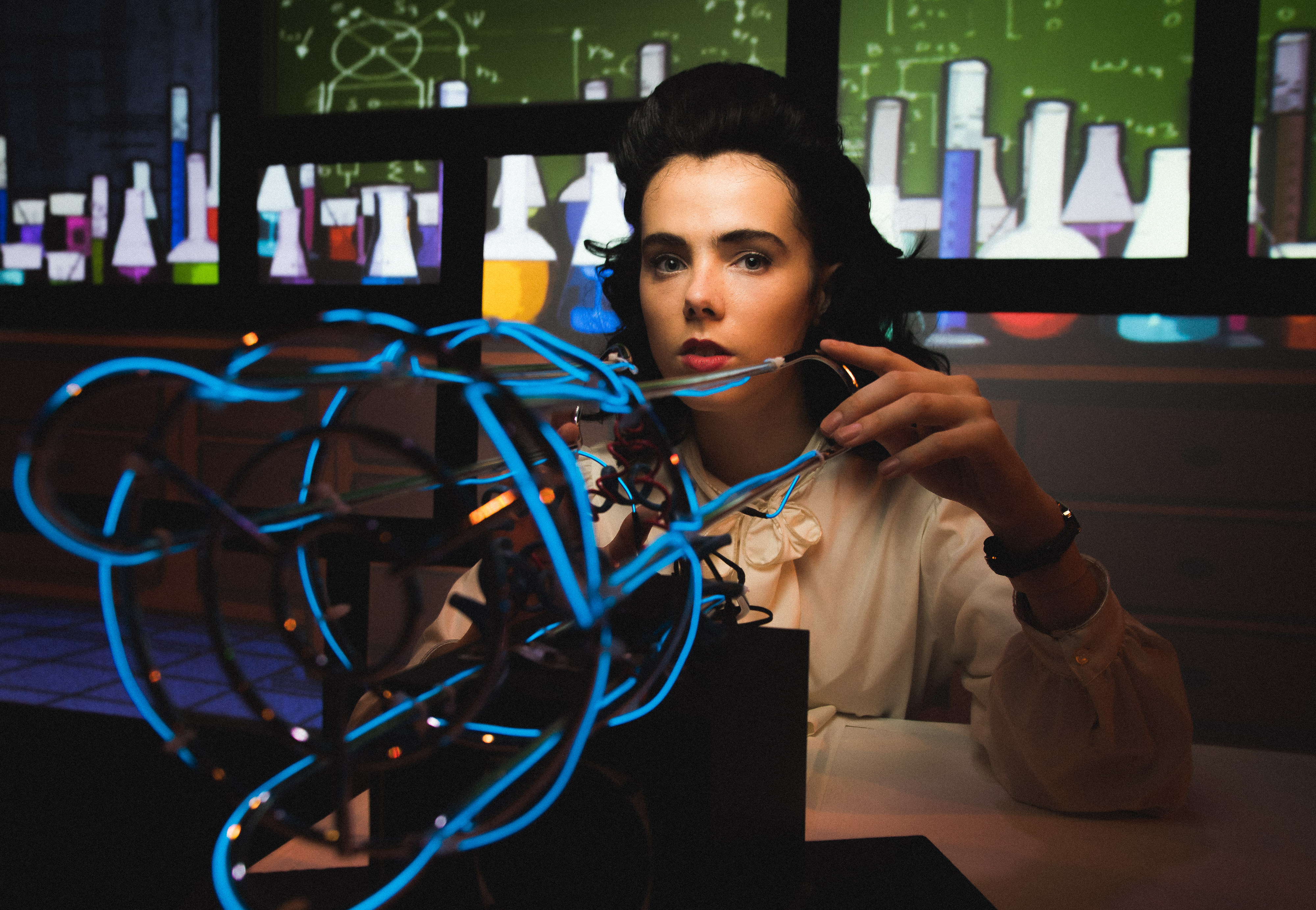 More than a year before Wonder Woman erupted on the superhero scene, Scarlet O’Neil was fighting crime on the streets of Chicago. Her superpower? Demurely, invisibility. It was 1940—just twenty years after women got the vote—and World War II was beginning to push women into workplaces men once dominated. The daughter of a scientist, Scarlet obtained her ability to vanish at will when her body intercepted the beams of an experimental ray in his laboratory. While the original Scarlet O’Neil used her powers to rescue kids in peril, leave it to Babes With Blades Theatre Company to pile on the action as the plucky heroine (Chloe Baldwin) foils an international plot to steal advanced military weapons—and, incidentally, saves a kid, a dog, a movie star, a reporter or two and her landlady.

The adventure begins her first day on the job at the City Times, a newspaper under the thumb of “lecherous crum bum” son-of-a-rich man Bobby Bragg (Kirk Osgood), who pilfers scoops while chasing skirts at the office. But don’t look at the man; he’s just your average representative of the patriarchy. The real villain in this episode is Evanna Keil (Elizabeth MacDougald), who years ago stole the formula from Scarlet’s father’s abandoned, top-secret military enterprise, Project Noodlebake, only to reemerge after the war peddling ruby red lipstick that makes already desperate women do her every bidding. This is definitely a job for an aspiring young reporter with a do-gooding problem, never mind her promise to her now deceased father about remaining visible at all times!