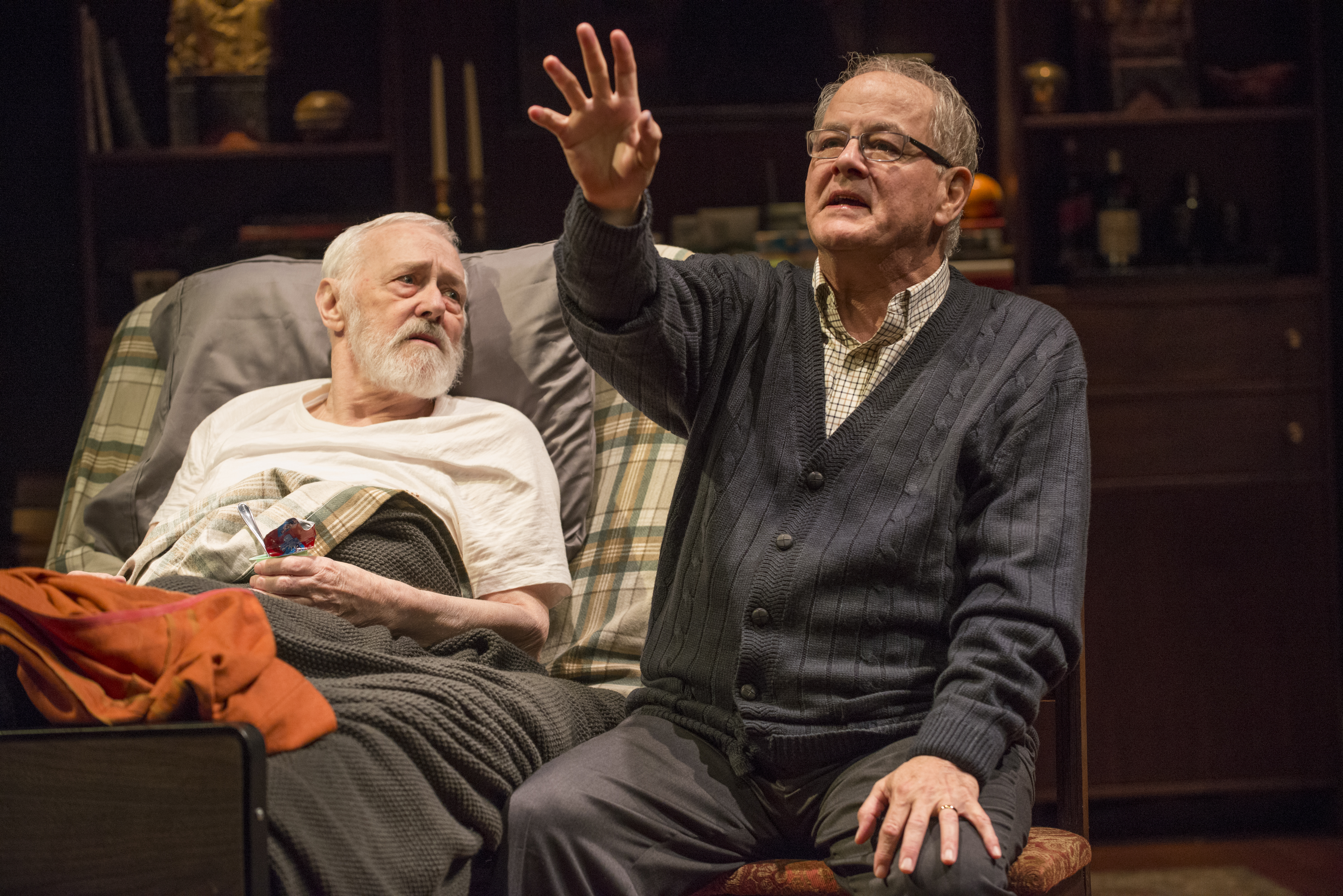 Opening the latest season at Steppenwolf Theatre Company, “The Rembrandt” is an ambitious play, short in duration though lofty in ideas. In no particular order it is about: life, art, poetry, death, love, sex, family, philosophy and grief. Thankfully, it largely avoids maudlin pretension with charm and poetic sensibility. As a production, it is a tad ornate for Steppenwolf’s Upstairs Theatre, a space better designed for austerity or minimalism. At odds with its accouterments, “The Rembrandt” is a meditation without revelation with many questions asked and almost no answers given.

With all the bathwater thrown out at Steppenwolf in the past few years since the departure of Martha Lavey, any concern for the baby should be alleviated with “The Rembrandt.” While the play itself might have been a better fit at a more history-oriented company with a flexible approach to staging (TimeLine comes to mind), the content is well within Steppenwolf’s wheelhouse, from the aching pathos of love on its deathbed to the casual condescension toward millennials. Playwright Jessica Dickey even manages to find time to plug for the sanctity of white-haired patronage. Perhaps meant as a subtle dig at a generation spinning into self-congratulation—though I sincerely doubt it—the opening-night audience felt validated enough to treat the speech with a rousing round of applause.

Yes, it would seem the baby is just fine.

Given the headliners, it is easy to underappreciate fine performances from newcomers Karen Rodriguez, Ty Olwin and Gabriel Ruiz. Still, this is John Mahoney and Francis Guinan’s show and they make the most of it without ever becoming ostentatious, which is saying something as Mahoney performs a lengthy monologue as the poet Homer. While traveling through time, Dickey’s text remains anachronistic, a useful device for keeping the Greek poet cheeky and the titular painter relatable in his self-loathing and anxiety. Guinan and Mahoney possess an inimitable chemistry, a deep and well-won comfort with one another. There is a reason why this production has already been extended and it is entirely doubtful that reviews one way or another will or even should sway audiences from getting to witness these two master craftsmen on stage together.

For its shortcomings as a production and the mixed signals it sends about the company’s future, “The Rembrandt” is undeniably tender and sweet without becoming overripe or saccharine. (Kevin Greene)