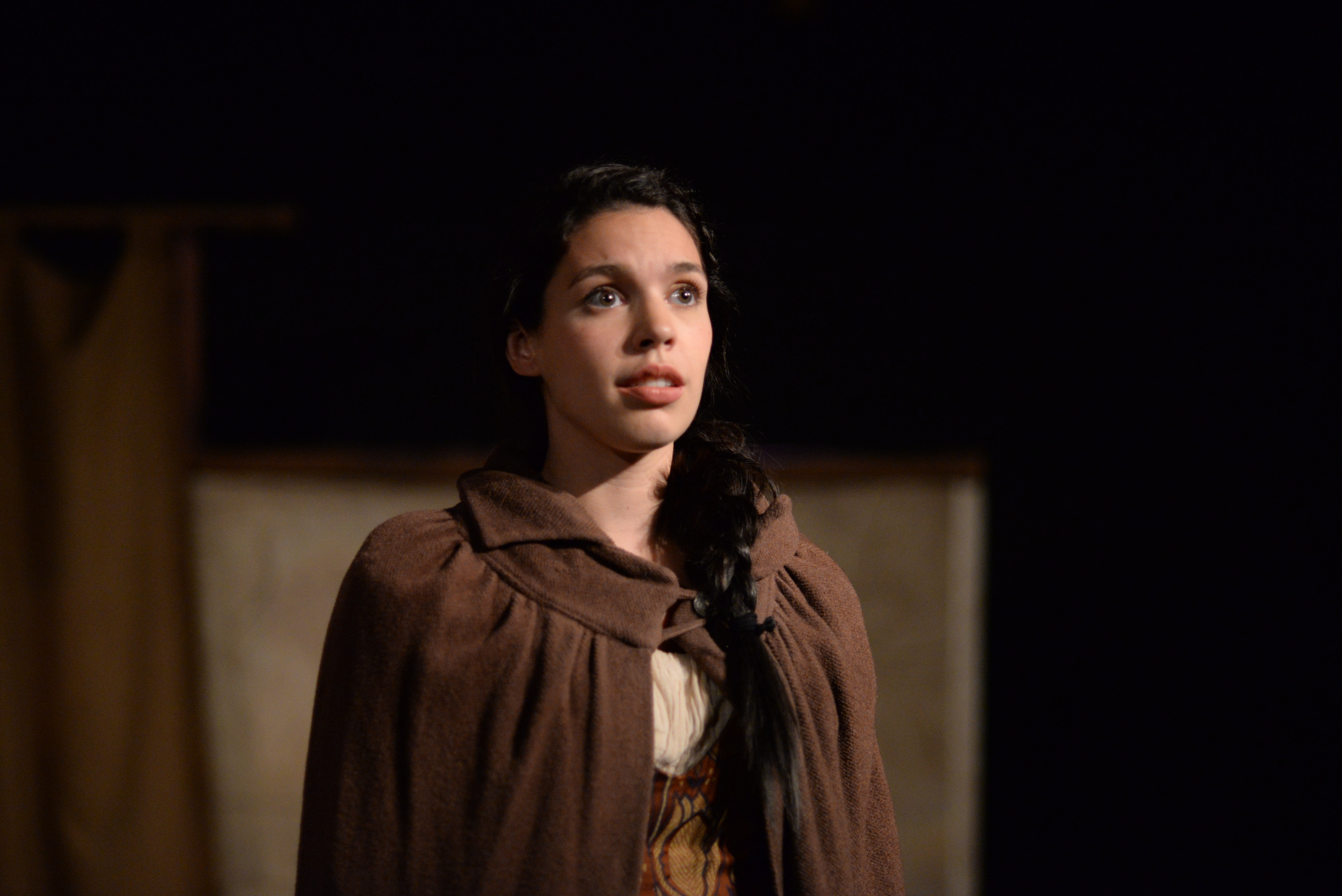 Maybe you don’t have to be Irish to truly understand the storyline of John Millington Synge’s “Deirdre of the Sorrows” but it surely wouldn’t hurt. The play—left incomplete when Synge died in 1909 and completed by his fiancée, Molly Allgood (who played Deirdre in the 1910 premiere at Dublin’s Abbey Theatre) and his great friend and supporter W. B. Yeats—plunges us into the mythical, pre-Christian roots of Irish culture, a fate-ruled universe of warrior kings, heroes and prophecies as alien to us as Homeric Greece. Synge’s pure Irish English, burnished here to a densely allusive, lyric sheen, is a challenge to a modern audience unversed in ancient Irish lore. And the poetry is delivered here with a brogue so thick that there are moments when the show seems more about the accents than the words. Yet director Kay Martinovich’s rigorous, pared-down staging at City Lit—the first local production of “Deirdre” in literally a century—succeeds in conveying the grimly tragic intensity of the work, if not its finer points of plot and motivation.

Graceful, wide-eyed Natalie Joyce is well-cast as Deirdre, whose beauty threatens to make Ireland ungovernable. Claimed at birth by Conchubor (Tim Kidwell), the aging king of Ulster, and raised in a lonely cottage by the king’s servants (played here by Morgan McCabe and the ever-impeccable Marssie Mencotti), Deirdre has reached maturity as the play opens and is called upon by Conchubor to become his queen. But Deirdre, a kind of flower child of the hills and stars, defies his wish, declaring that “I would not do well to be shut up.” That night she elopes with her young lover Naisi (Alex Pappas), fleeing with him and his two brothers to Scotland, while the jilted king sulks and plots revenge. Like a Gaelic Helen of Troy, Deirdre’s irresistible allure wreaks havoc on the patriarchal society around her, leading to betrayal, spiraling violence, the burning of a city and the end of an era.

Martinovich and her skilled cast manage to recreate an epic world on City Lit’s small, single-set stage, with Rachel Sypniewski’s bold and historically wide-ranging costumes complementing the iconic characters and their larger-than-life passions. In the sorrows of Deirdre, the nature spirit whose love is a curse, we see the working out of something in history—perhaps the twilight of the pagan world, with its balance, simplicity and guiltless sensuality.

One wishes the director had done more to interpret this story about sword-wielding warriors and translate it to an audience of smartphone-armed urbanites. Lacking a clearly discernible point of view, the production at times takes on a musty museum-piece aroma and the characters are more compelling than plausible or three-dimensional. But the production works a certain magic at the soul level, its heightened language and archaic conflicts evoking an existential sadness about life and mortality that the more glib and superficial drama of our own time seldom touches upon. City Lit has given us a solid production of a rarely performed play that, while not quite a masterpiece, is a powerful and enriching work of art. For serious theatergoers, it’s an opportunity not to be wasted. (Hugh Iglarsh)