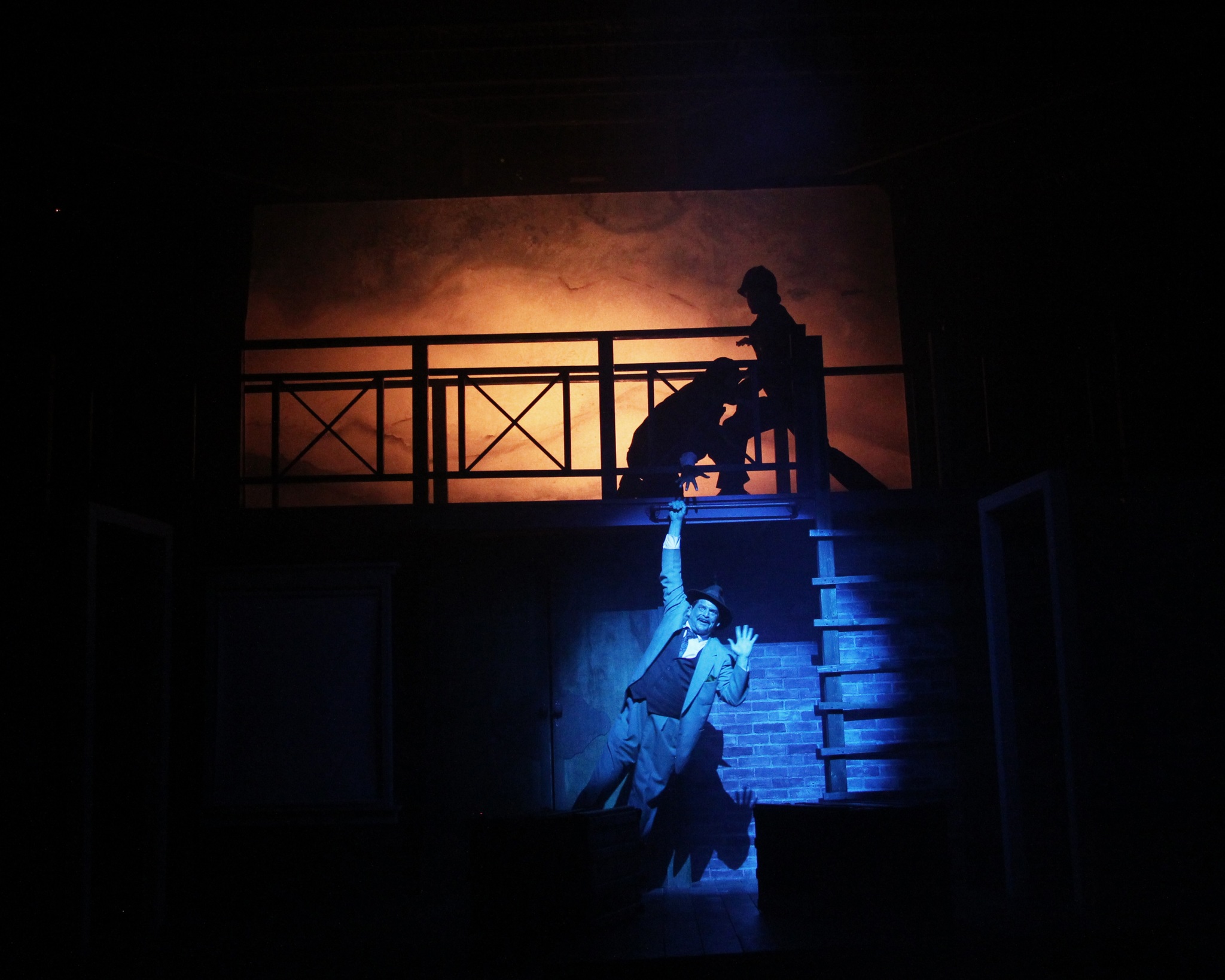 Playing south by southwest of Chicago is “The 39 Steps.” Beginning as a novel written by John Buchan, it was first adapted for the silver screen by Alfred Hitchcock in 1935, rated by many as one of Hitchcock’s greatest masterpieces. It was later presented as a stage comedy with four actors playing more than 150 roles. Patrick Barlow then reworked the material with his adaptation playing London’s West End from 2006 to 2015.

The protagonist of “The 39 Steps” is Richard Hannay, a retiring chap recently returned to London who finds himself on the run for a crime he did not commit. Playing Hannay with a believable accent and just the right amount of dry wit, Bryan Burke is the only actor cast in a single role. Playing opposite him in a variety of femme fatale roles is the alluring Rebecca Cox. Together the two mostly serve as straight man/straight women to the more over-the-top antics of Daniel Millhouse and Mathew Singleton, who together command well over a hundred roles ranging from clueless milk man to maniacal master villain. Sometimes the two play half a dozen roles simultaneously with one reaching around the other to grab a hat or other prop in order to signify a character change. Is all this necessary? Of course not. But it makes for good comedy.

Director Kurt Naebig presents the material seriously enough for the audience to care how it resolves. A case in point is the very effective and emotionally immediate ending to the first act, which features the master villain and his wife literally dancing over the hero’s body. At the same time, Naebig never forgets the play’s comedic roots and sprinkles in just the right amount of slapstick. The result is a production possessing a quirky, contagious low-budget energy that is as fun to watch as it was, presumably, to produce. (Noel Schecter)