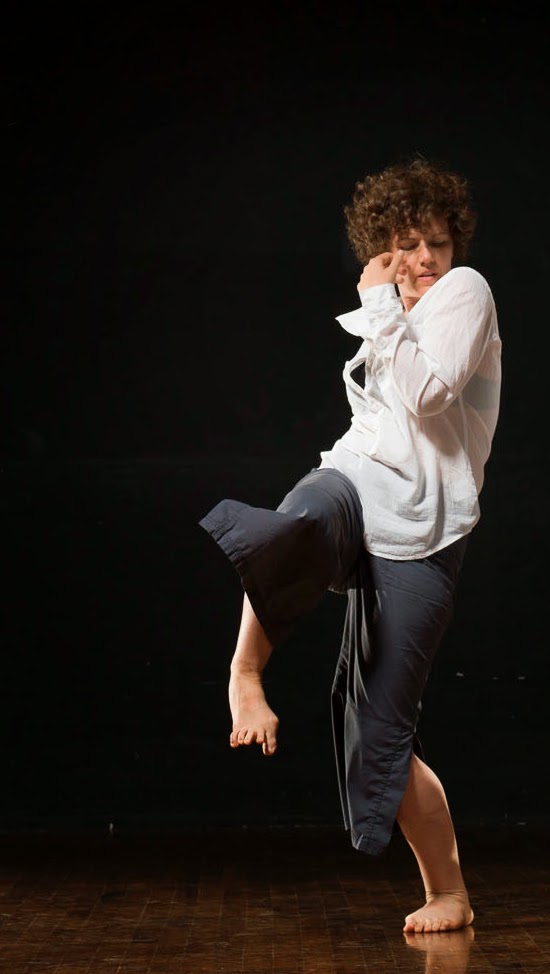 “Blackbird’s Ventriloquy” traces its origins to a process Molly Shanahan began in 2005, continuing through her 2007 solo “My Name is a Blackbird,” which led to a Chicago Dancemakers Forum Laboratory artist residency and the founding of Molly Shanahan / Mad Shak. Shanahan’s efforts throughout have been directed toward a redefinition of the body, its gender and the outside ranges of its ability to move. “That process really informed my teaching as well as my movement vocabulary. It also revealed to me the risks—sometimes subtle and sometimes not so subtle—associated with veering from the normative ideas and practices of and identification with feminine beauty,” explains Shanahan, “particularly in such a body-based endeavor as solo dance. I started to become entranced with the political aspects of that universe of inquiry, including the idea of self-surveillance, and a body-located centralized system of power mimicking larger systemic institutions of power, as well as the embodied pursuit of freedom and transformation, even temporary or conditional.”

This performance also marks the halfway point in her PhD research. “Ventriloquy” will include music by Kevin O’Donnell, “which he and I developed during a series of residency rehearsals in central Pennsylvania. Over a couple of weeks in 2015 and 2016 we met and worked together in the studio. We didn’t discuss much of what we were doing, we diligently and somewhat monastically occupied the same space and time; I worked on movement, and he worked on sound.” Again, that meditative reflection on sound and body, movement and mind will find a home onstage. (Michael Workman)