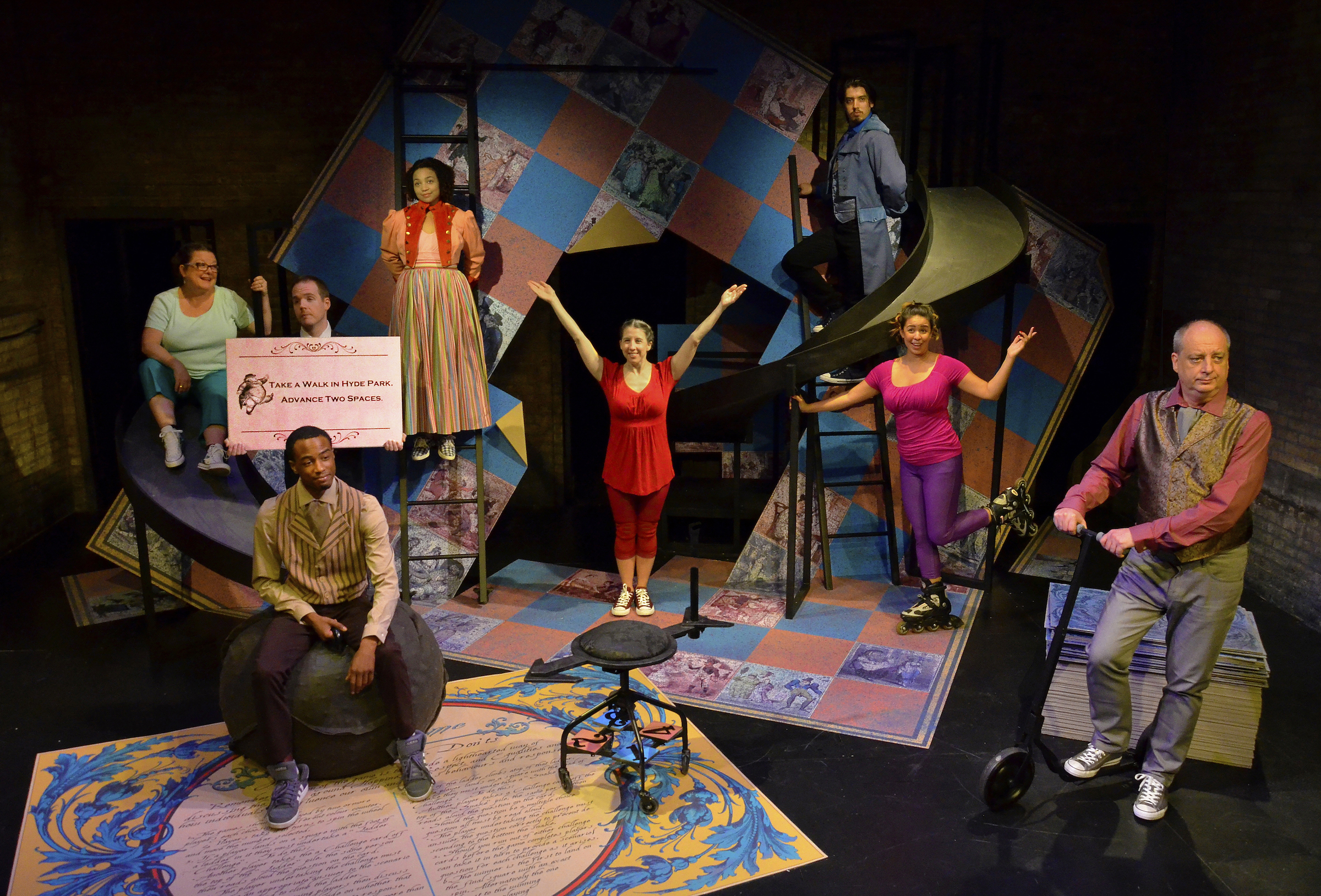 The cast of “Sylvester”/Photo: Suzanne Plunkett

The matriarch of the Regency paperback romance novel Georgette Heyer borrowed loquaciously from Jane Austen and then threw in a little bodice-ripping Errol Flynn-on-the- high-seas. If critics accused Heyer of wallowing in overly lengthy exposition, the much-heralded Lifeline ensemble member Christina Calvit’s adaptation cuts through the minutiae to create a universal story, sailing on a whirlwind course.

Calvit’s frequent collaborator and Lifeline Theatre artistic director Dorothy Milne invites an ensemble of eight actors essaying multiple roles to play a theatrical game of Chutes and Ladders, with the understanding that one cannot win the game of life and love without first spinning the wheel of chance. And play they do, sliding in and out of costume designer Rachel Sypniewski’s quick-change clothes, climbing up the ladders and whizzing down the slides of Alan Donahue’s brilliantly whimsical set and somehow landing every moment on a beat.

Comic bits and heartfelt musings are timed to sound cues, which means this highly entertaining game is choreographed within an inch of its giddy life and yet the actors traipse through as though every intention sparks at the moment of understanding, metronome married to passion. The cast of Katie McLean Hainsworth, Terry Bell, Andrés Enriquez, Kate Hildreth, Kristina Loy, Samantha Newcomb, Wesley Scott and Sean Sinitski project pure joy, kids in an English candy store. Newcomb is just right as a young woman demanding her agency in a frowning time, slowly melting into the now-loving quietness of Enriquez’s equally compelling portrait of a gentleman grown stoic in answer to life’s stones, slowly opening to the love of a woman who would insist upon being his equal. And both are Bugs Bunny funny.

I’ve spent my summer gorging on the theatrical gifts of such companies as American Players Theatre, Door Shakespeare and Peninsula Players but this offering gave me greater pleasure. If “Sylvester” is a portent of the type of theater Chicago will enjoy in the upcoming season, I may so forget myself as to whistle in public. (Aaron Hunt)