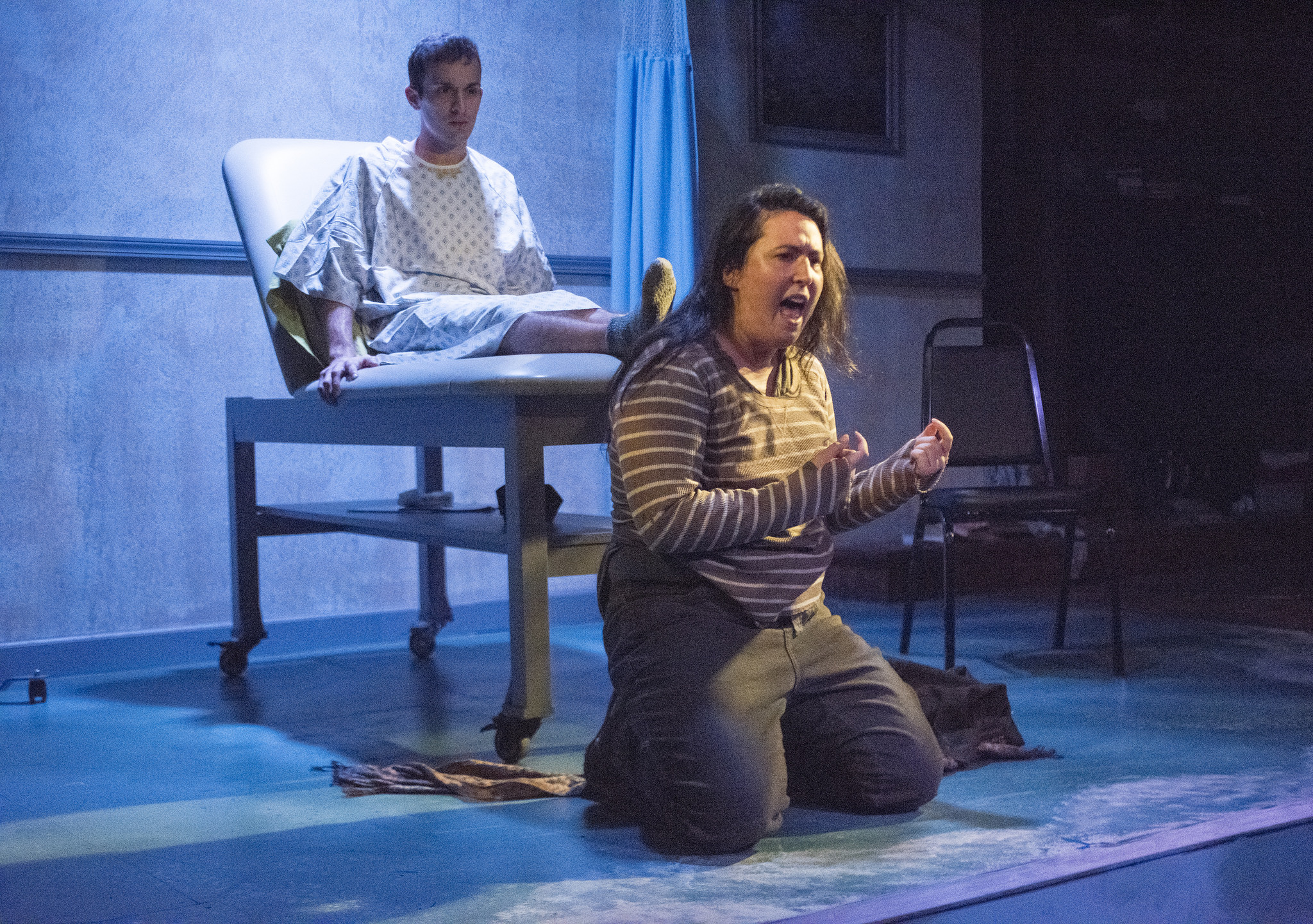 As the days grow shorter but the nights remain warm, feel-good shows like “A New Brain” are the perfect accompaniment. Composer-lyricist William Finn’s show is based on his harrowing experience with an AVM, or arteriovenous malformation, to his brainstem and the artwork he was inspired to make after he left the hospital. Finn’s music is warm, touching and lovingly executed by Fred Anzevino’s cast and production team.

The show opens with Chase Heinemann as Gordon Schwinn and his vibrant and dynamic voice. His energy couples and interacts melodically in duets and ensemble pieces, including “Heart and Music” and “Sitting Becalmed in the Lee of Cuttyhunk.”

Veronica Garza delivers a knockout performance as Lisa, the homeless woman who confronts Gordon and his lover Roger and slips into Gordon’s musical dreams and hallucinations. She is able to slip seamlessly between adding nuanced layers to ensemble pieces (“911 Emergency/ I Have So Many Songs,” “Gordo’s Law of Genetics,” “Eating Myself Up Alive”) and capturing the heart and attention of all attendees in solos and duets (notably “Change” and “Homeless Lady’s Revenge”). She is simply hilarious and captivating.

Performances by Colin Schreier (Roger), Tommy Bullington, Andy Brown and Holly Atwood are also part of what makes this ensemble cast so in sync. “I’d Rather Be Sailing” and “Poor, Unsuccessful and Fat” are wonderfully sung and staged. The onstage chemistry between all the players is incredibly well-executed. This heartwarming romp through a difficult moment in an artist’s lifetime is propelled forward by strong supporting performances. (Danielle Levsky)