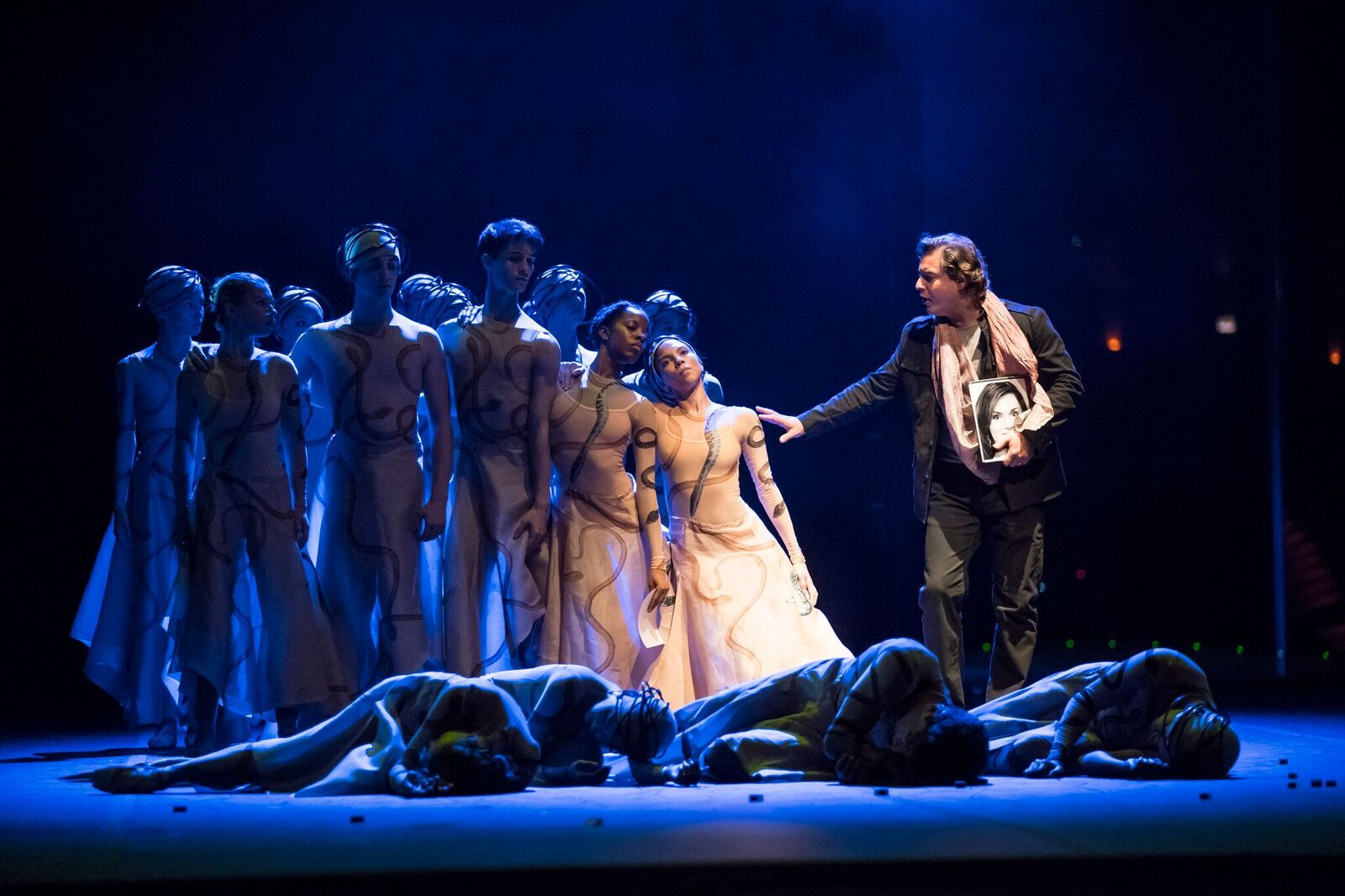 Lyric Opera of Chicago opened its exciting 2017-2018 season with a splash, giving their audience not only the 1774 Paris revision of Gluck’s “Orphée et Eurydice” with the rich ballet music intact, but using the celebration to showcase Chicago’s world-renowned Joffrey Ballet, hot on the heels of the announcement that the Joffrey would become Lyric’s resident ballet company in 2020. This is a natural transition and a pregnant collaboration for both companies, as many of the world’s major opera houses have a ballet company at hand to answer the demands of the dances in operas in the standard repertoire and to offer performances of their own mounting as an extension of an opera house’s season. With such an important ballet company based in the same city as one of the world’s most important opera companies, this collaboration is a no-brainer that should feed a crossover audience.

And the Joffrey sparkles in this mounting with director-choreographer-set-costume-and lighting designer John Neumeier at the helm. The contemporary ballet-choreography springs to life in an emotional and unabashedly sexual way. Neumeier hasn’t built a piece where the dancer is a remote creature, physically objectified and emotionally remote. The dancers are characters who serve as a Greek chorus, observing, commenting, living in the world of the story. Particularly of note are Joffrey’s male company members, who do the heavy lifting and high jumps expected of all the storybook ballet’s tormented princes but who are equally adept as the ballerinas in extended adagio. The dancers are the stars of this opera.

Which is not to say that the singers aren’t terrific, because they are! Tenor Dmitry Korchak is handsome of person and voice, singing with a warm tone born of an understanding of the leading character’s unconditional love. Lyric favorite soprano Andriana Chuchman’s voice sparkles as the disconnected Eurydice, although since Neumeier’s conceit casts her as a prima ballerina, I wish that someone with classical dance training had been engaged. Lauren Snouffer is just right as Amour, unhampered by Neumeier’s decision to make this a trouser role, presumably to add a flavor of homoeroticism. Don’t miss this explosion of a production. (And dig in for a season that promises one gem after the next.) (Aaron Hunt)