The Chicago Latino Theater Alliance (CLATA) is making a name for itself with an inspiring undertaking. The organization aims to produce the country’s leading international Latino theater festival. With local companies like Steppenwolf, Chicago Shakespeare Theater and Victory Gardens lending space and support, the vision of CLATA’s founders is quickly becoming reality.

“I believe that over the years Latino theater productions have been short-changed in terms of audience,” states Myrna Salazar, co-founder and executive director of CLATA, which has existed for less than a year. “One of our missions is not only to mend the audience but also to bring about a festival that has some relevance with regards to who we are as Latinos by bringing the various Latino theater groups from Latin America and the Caribbean and featuring a local Latino theater base.” 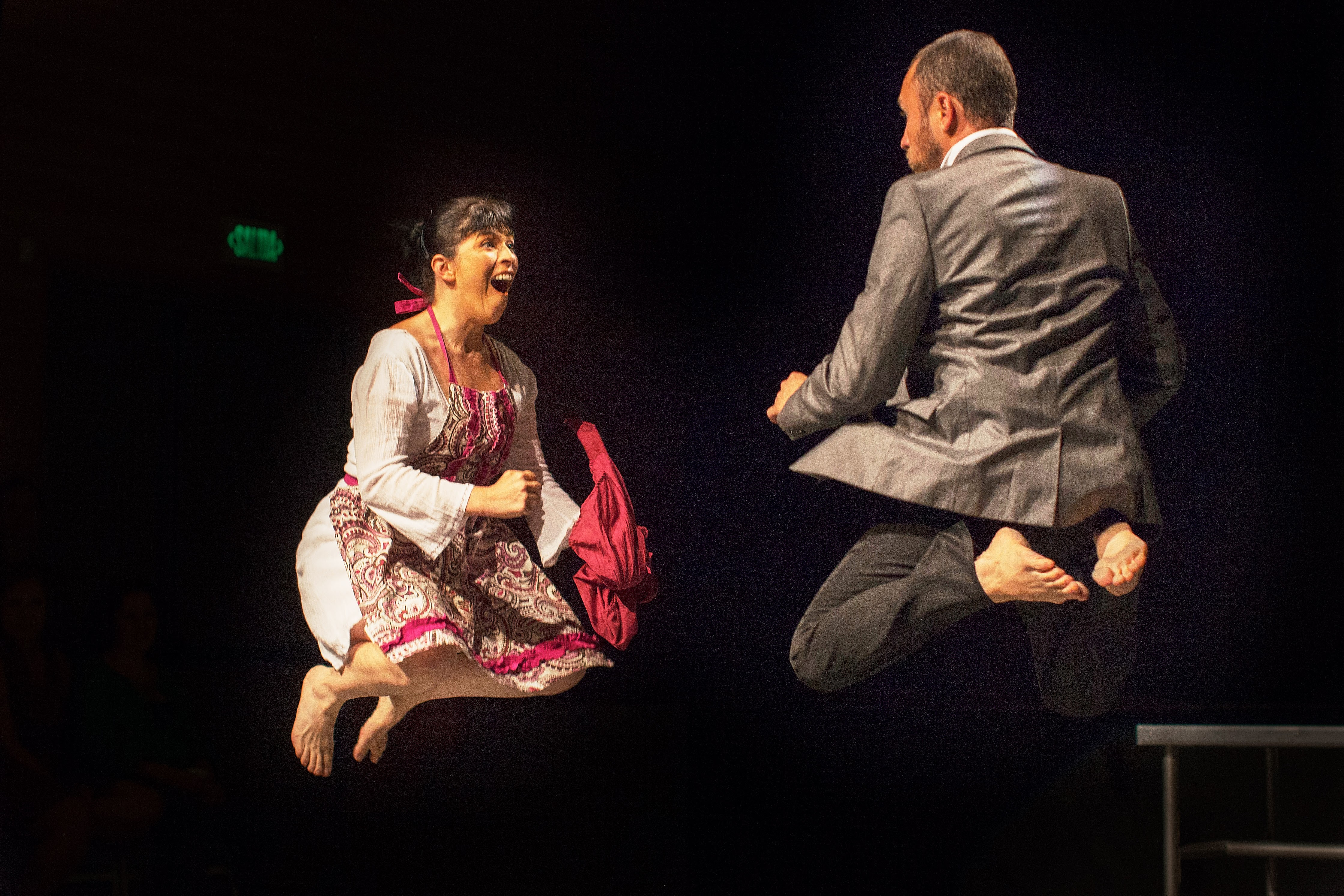 The inaugural Chicago International Latino Theater Festival, known as “Destinos”–which can mean destination or destiny–features four international, three national and five local theater companies. Salazar points out that although Chicago has several established theater companies who dedicate themselves to showcasing Latino works (Aguijón Theater, Teatro Vista and UrbanTheater Company), none of the companies have spaces that house large audiences. The festival will use five venues across the city: Steppenwolf’s 1700 Theatre, the National Museum of Mexican Art, Victory Gardens’ Richard Christiansen Theater, Chicago Shakespeare Theater’s The Yard and Back of the Yards Storyfront.

Entering its twenty-eighth season, Aguijón Theater is Chicago’s longest-running Latino theater company. Managing director and co-artistic director Marcela Muñoz acknowledges that one of the barriers to presenting Latino works can be language. Aguijón has always tried to present their shows in ways that audience members can understand, no matter the language. It’s not something that should keep a patron from the festival.

“From the beginning we’ve been looking for ways to ensure that our work is accessible to a larger audience,” explains Muñoz. “So we’ve tried all kinds of different things. We’ve tried simultaneous translations. We’ve done English language synopses in the program. If the cast is fully bilingual, we might have two days performed in English, two days performed in Spanish. I think one of the best ways to present our work is with supertitles because you’re able to see the work that we do which is in Spanish. That is our mission: to always produce work in Spanish and be able to hear the rhythm of the language, to see it as it was written. Then, if you need to, check what’s going on in the supertitles.”

Muñoz says that even though Chicago has a large Spanish-speaking population, that same population is not always used to seeing live theater. Likewise, getting non-Spanish-speaking audiences to see and appreciate Latino theater can be a challenge. Aguijón strives to combat these issues.

“I think we’ve been more successful in reaching out to that audience,” Muñoz says. “I think one of the things people see when they see our shows and they are in Spanish is that they are able to see themselves reflected in those stories as well even though they might be Latino-centered stories, which is not always the case.”

Some shows in the festival will be performed in English with some Spanish mixed in. Others, including Aguijón’s production of Ariel Dorfman’s “Death and the Maiden (La Muerte y la Doncella),” will be presented in Spanish with English supertitles. The Argentine-Chilean-American playwright’s show takes place in an unnamed country emerging from a dictatorship and examines the psychological toll of political imprisonment. It will be presented as part of Steppenwolf’s LookOut series.

“For a company like Steppenwolf, we can talk all we want about diversity in theater,” states Greta Honold, one of the LookOut series producers. “It’s a very big, very popular conversation for everyone to be having and a very important conversation for everyone to be having. I think we all should be working to diversify our artists and our staff but we also should be working to diversify the types of theater we present. One play can take many different forms and the vehicle with which a story gets told can really vary from culture to culture.”

“The Latinx theater community in Chicago is very strong,” says Honold. “Internationally there’s some amazing work out there. It’s something Chicago audiences don’t often get to see. I think [the festival] is going to be a real treat for us here at Steppenwolf and all of us in Chicago.”

Earlier this year, Steppenwolf’s 1700 Theater was home to Teatro Vista’s production of “La Havana Madrid” written by Chicago actor, writer and Teatro Vista ensemble member Sandra Delgado. The show did so well and ticket demand was so high that it transferred to the Goodman Theatre.

“We just finished closing ‘La Havana Madrid,'” explains Ricardo Gutierrez, Teatro Vista’s executive artistic director.”[The show] takes place in the sixties in Chicago and is very specific about Caribbean Latinos who frequented this nightclub in Chicago called La Havana Madrid, and their struggles through immigration, to find identity, to identify their communities and hold on to their communities and how the night club spoke to them. Our audiences, across the spectrum, thoroughly enjoyed it because they could all speak to it. All of our stories speak to everyone. Having said that, every culture has their own richness.”

That universality of stories is something Teatro Vista hopes to convey in the festival with the regional premiere of “Fade,” a dramatic comedy about a Mexican-born novelist who gets a job writing for television. It was written by Tanya Saracho, who’s gained acclaim as a playwright and screenwriter for shows like HBO’s “Girls” and ABC’s “How to Get Away with Murder.”

Though Teatro Vista and Aguijón Theater have each been producing for nearly three decades, CLATA aims to bring more recognition to the Latino theatre community in Chicago by hopefully, at some point, having a venue dedicated to Latino works in the city.

One of the festival’s largest and most enthusiastic partners, Chicago Shakespeare Theater, fully supports the organization’s mission.

“One of CLATA’s aims is to build a physical home for Latino theater in Chicago, which I fully applaud and totally support,” says Doreen Sayegh, Chicago Shakespeare’s manager of international and special projects. “CLATA has made it really easy for anybody to engage in work. This new organization is hugely ambitious and has pulled in partners across the city to do something pretty unprecedented and pretty spectacular. I’m a big fan of the work that they’re doing and I hope as many people get out and see it as possible.”

Tickets for most performances are $25, with discounts available for students and seniors to some performances. Chicago public-high-school students can obtain tickets for select Friday matinees for $3. To view the complete performance schedule or to reserve tickets visit clata.org/festival-schedule.