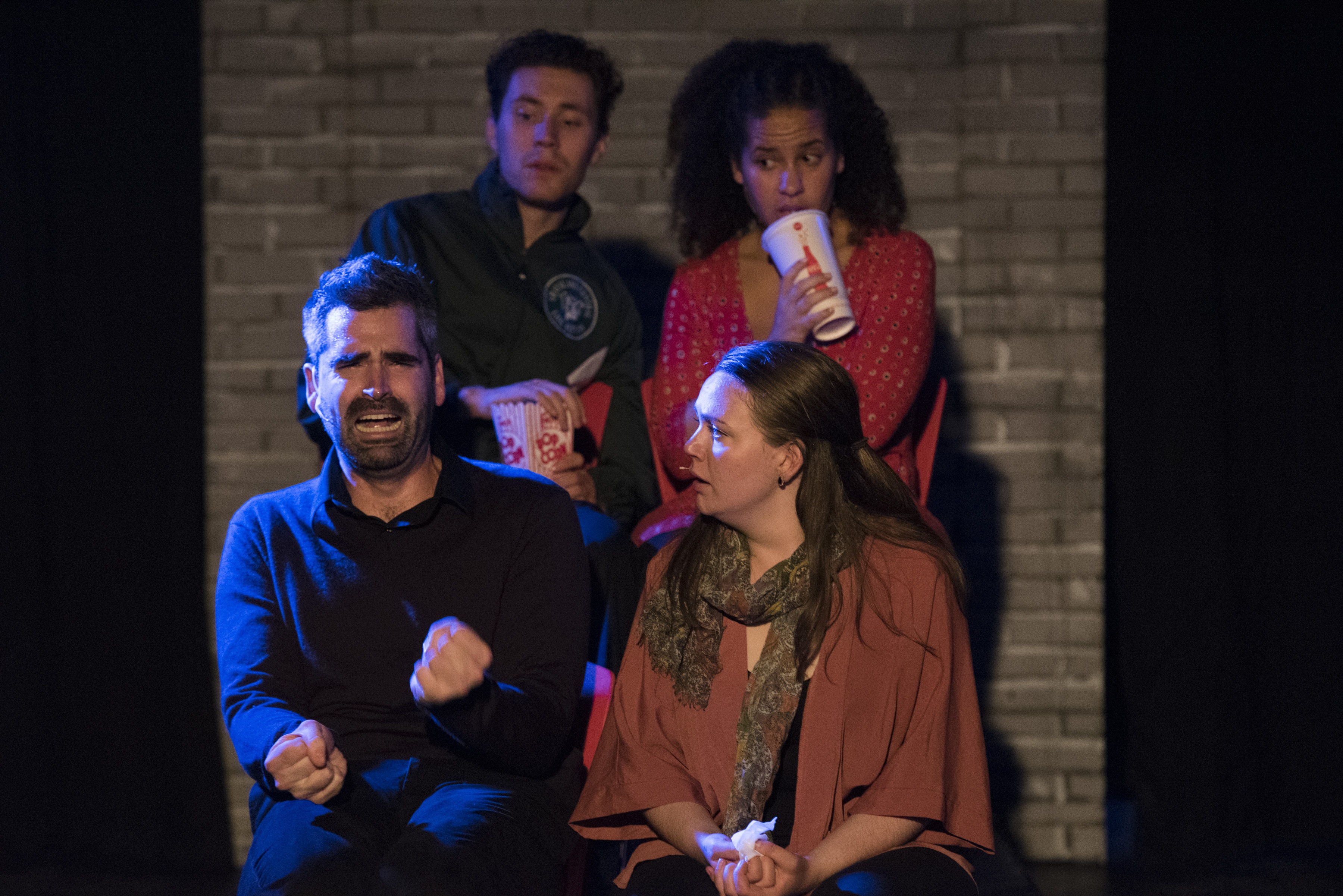 The hour of real pleasure in “I Love You, You’re Perfect, Now Change!” is spread over two hours of show time, resulting in a decidedly mixed evening of theater. The 1995 work, with book and lyrics by Joe DiPietro and music by Jimmy Roberts, is a victim of its own format. Act one is a likable and laugh-producing revue about the joys and (mostly) pitfalls of dating. The themes are familiar—self-doubt, awkwardness, vulnerability, first-date fibs, constricting gender roles, fear of loneliness versus the resentment at having to try one’s luck yet one more time—treated here with a light, semi-satirical touch. But in creating a full-length musical (which ran off-Broadway for twelve years), the writers have appended a less successful post-marriage second act that, in reaching for depth and poignancy, instead goes sour and heavy.

It’s a shame that the show loses its way after intermission because the production at the free-of-charge Quest Theatre Ensemble has so much to recommend it, including a cast that oozes charm and knows its way around both a song and a scene. The four performers—Christian Davis Aldridge, Alys Dickerson, Gavin Donnellan and Liz Jarmer—possess the spunky ingenuousness that defines musical comedy, with strong and flexible voices to boot. Dickerson in particular makes the rafters of Quest’s converted gymnasium space resonate, despite the sound system’s apparent opening-night jitters.

Director Laura Sturm keeps alternating tunes and skits moving at assembly-line pace, a necessity in a show as frothy as this one. Musical director Sara Cate Langham not only melds her youthful cast into a tight, professional ensemble, she presides over the three-part orchestra, weaving the scenes together with her bluesy, musically witty keyboard interludes.

Memorable first-act vignettes include a brief encounter between two yuppies who, too busy to get to know one another in the normal and inefficient way, decide to go through all the stages of their relationship—from meeting to breakup to reconciliation—right then and there. Another depicts a Typical Guy’s amazed and slightly shameful discovery that tear-jerking chick flicks actually appeal to him. The material is none too deep but has just enough edge to balance out the cuteness.

The second half begins on a different note, with a bilious song about serial bridesmaids whose friends “can’t assess a man or a dress.” The dyspeptic tone continues with scenes about baby-talk-besotted new parents and the near-impossibility of a sex life once children come along. When the honeymoon ends so it seems does all fun, as married life declines into bickering, ennui, divorce and lots and lots of complaining. In bed with his middle-aged wife, a middle-aged husband asks rhetorically, “Shouldn’t I Be Less in Love with You?” It’s a good thing she’s asleep.

This song, with its theme of emotional bean-counting, is actually the most romantic of the evening. It’s notable that a musical about relationships lacks any bona fide love songs directed by one person toward a unique, cherished, clearly perceived other. There’s no “Night and Day” or “Blue Moon” here, with their undertones of sadness, longing and subterranean passion. Instead, two older and wiser prospective lovers launch into “I Can Live with That,” a song about how each will try to learn to deal with the other’s teeming flaws. The duet is about as romantic as a Dear Abby column.

“I Love You” had an off-Broadway run of more than 5,000 performances and since then has become a global staple of smaller theaters like Quest. It’s a musical of diminished expectations, which speaks to a century of the self. (Hugh Iglarsh)