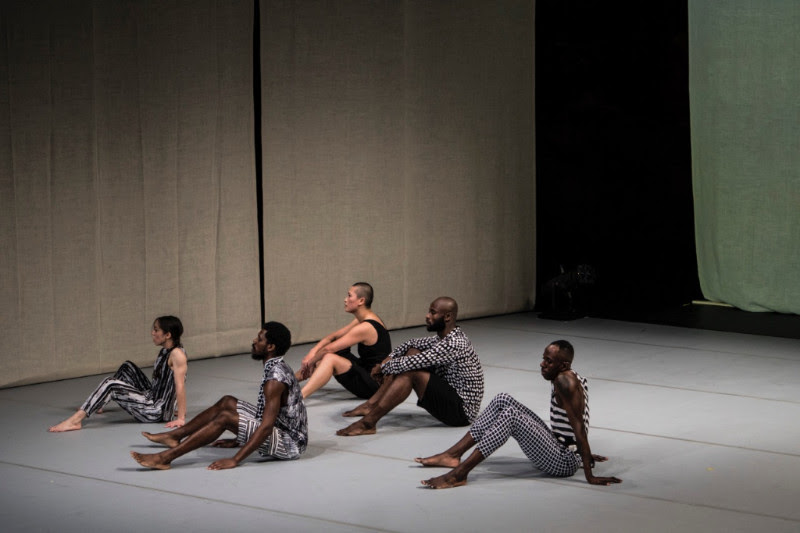 What does it mean to belong? To not belong? To not want to belong? These questions are the fertile soil in which Reggie Wilson planted seeds for his newest work “CITIZEN,” opening October 12 at the Dance Center of Columbia College. Wilson, who spends years developing work from conception to production, drew inspiration from the lives of prominent African Americans through history, researching the lives of Zora Neale Hurston, Shaker theologian Mother Rebecca Jackson, artists of the Harlem Renaissance, Black American ex-pats in Paris in the 1920s, and many more, delving into the complexities of personal identity and civic engagement with a lens both broad and intimate. Wilson is the founder and artistic director of New York-based Fist + Heel Performance Group, which takes its name from the dismissive term given to the spiritual practices of enslaved Africans in the Americas. Wilson spoke with us via phone about the creation of “CITIZEN” and the capacity of dance to contain contradiction and layered meaning.

Why did you choose to structure “CITIZEN” as a series of solos?
I wanted to; it’s as simple as that. It takes me up to five years from research to premiere production and relatively speaking there were some newish dancers who came into the company. They were quite wonderful and open and giving and I thought it would be interesting to go into the studio and work one-on-one with the dancers and see what came up.

Could you elaborate on the idea of not wanting to belong?
It doesn’t sit alone; it sits up against the idea of belonging, and how they fit together is interesting to me. How an individual or community feels like they do belong, or want to belong, but at the same time there might be something about that belonging they don’t want to participate in. You can take that a number of ways; there were a number of readings and points of departure for the creation of the work: if you think about African Americans at any number of junctures in American history—this idea that this is our country and we’ve been here a long time but certain individuals, like our president, might make you feel like you don’t. It could be a country—connected specifically to citizenship—or membership to any group. It could be a church group, or people seeing you walking down the street and thinking you’re a member of a particular group or religion or community. Or perhaps you do belong and people think you’re not doing what you should to be a member in good standing. It is all of those ideas; and it is dance, so it’s not trying to make any didactic statement because I believe dance can hold more than one idea at a time. 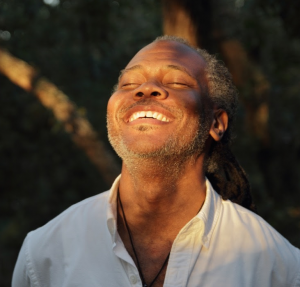 Much has been said of the density of the performance—how much is happening at one time. How do the media elements contribute to the production?
It was my first time working with video projection so I was a little nervous about that. There was a filmmaker I’d gone through several editing processes with and he’s also a musician; it seemed like there were things he got instinctually that were battles with other filmmakers I’d worked with. The process was about questioning what can the film provide that the dance isn’t doing. How is the video working in relation to dance? Is it working just to create a sense of place, which I think a lot of times video does in performance work, setting the piece in place and time. We weren’t using it that way so much; we were experimenting with scale and intimacy—the details you can’t see on a dance performer on a stage. You see the dancers over the course of time, in rehearsal, in different sites. The density comes out of the specificity of the same steps and gestures at a different scale and a different site or location. It does start to provoke place or time, but not in a consistent way.

The subject and concept is so large, and your research traverses many periods of time and many figures in African-American history. What were the boundaries of the project for you?

For me, the starting point in the research is on a number of levels. There were a number of black folks over time—Jean-Baptiste, the Shaker woman, Zora Neale Hurston—thinking about the Jazz Age and the Harlem Renaissance and black folks going to Europe…but it also expanded to black folks from the nineteenth and eighteenth century and thinking about different nation states. Going in the studio, the dancers are varied in their dance experience, but they’re also varied in their shapes and sizes, and they’re also varied in their political stance, and they’re also varied in where they were born and how long they stayed in that place. One guy was born in Ghana, grew up in Amsterdam, then came to the States when he started dancing, then went to the UK got his masters degree, then came back and joined my company and he just recently got his green card. Like, today. How does an immigrant process the idea of belonging or not belonging differently from the African-American members of the company? Members of the company whose parents were immigrants related to this question really differently than a number of us did. Some presenters say, “No, it’s about Black Lives Matter, you’re a black man.” And I don’t know that it’s specifically about that. It’s about all these things. It’s about different bodies dealing with their own experiences of belonging and not belonging and/or not wanting to belong. We were just starting to work on the piece right around the opening ceremony of the Summer Olympics and there was a contingent of athletes who were people without a state, either because they were refugees or their state no longer existed. And I thought, holy crap, maybe that is really what this piece is about. For me it’s about the human individual.

The last thing I’ll say is that what I do is about thirty to forty percent of the work, what the performers do is another thirty to forty percent of the work and the remainder is what the viewer does, depending on where they’re coming from. Are they white and know their family came over on the Mayflower? Are they half white, a quarter Vietnamese, a quarter black but grew up in Hawaii and grew up to be president? Any number of situations affect it.