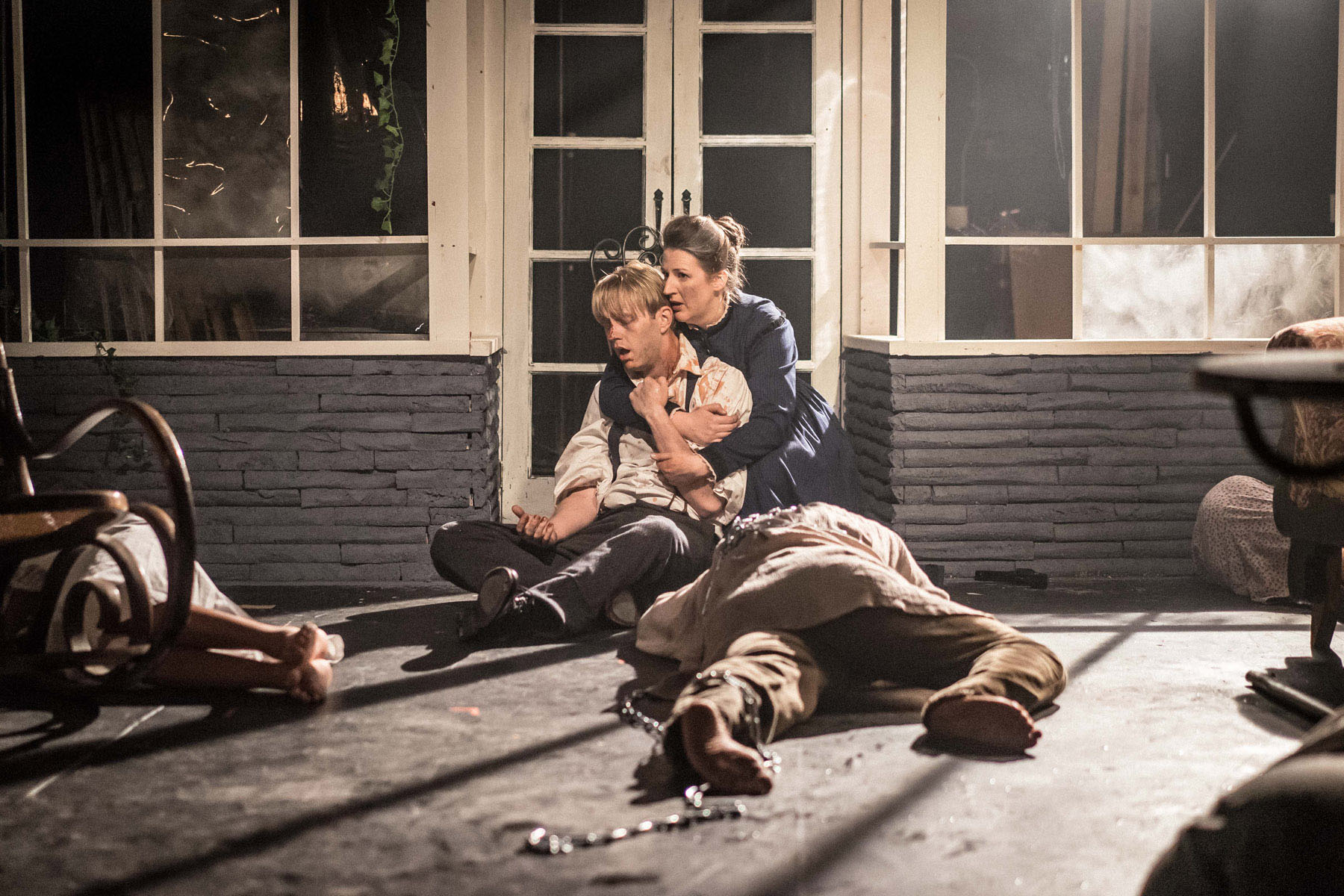 One-hundred-twenty-five years after Henrik Ibsen’s “Ghosts” premiered in Chicago to audiences not yet ready for a frank fable of sexually transmitted disease and sexual politics, Akvavit Theatre reincarnates the play in a new rendition translated by Chad Eric Bergman and augmented, à la “Pride and Prejudice and Zombies,” by Gustav Tegby. Directed by Breahan Pautsch, “GHOSTS & zombies” combines a tragic domestic narrative with campy October mayhem. The result is a perplexing treatment that condemns patriarchal morals without offering other respite from the anarchy of the undead running amok over a storm-ridden country estate.

Widow Helene Alving (Marsha Harman) is building an orphanage with her dead husband’s money. Her son, Osvald (Micah Kronlokken), has returned from years abroad sick and unable to work. Her maidservant, Regine (Almanya Narula), is discontent with her position, where she regularly feeds fish guts to a loathsome creature locked in the basement. As her father, Jacob Engstrand (Joshua K. Harris), is a dishonest and lascivious reprobate, she doesn’t have options. The action is slow, the dialogue lugubrious, the mood sinister and the weather terrible. Yes, we are in Scandinavia.

Enter Pastor Manders (Jeremy Trager). Buttoned up and vampire pale, Manders believes himself an agent of God, which in a Greek play would be called hubris. Here, he is just a pedant who stokes the flames of the patriarchy, rebuking Helene for daring to leave her philandering husband and sending her son away to protect him from his father’s science experiments. It doesn’t help that Manders once held a torch for the lady—sympathy for her is suspect as temptation against the laws he cannot see were written by men, not gods.

Unfortunately, laws and beliefs are no match for the darker hand of destiny, which dictates that if you are a dirtbag debaucher, you’ll wind up with a disease and if you are a mortal looking for immortality, you might get more than you bargained for. The blood and gore may distract but Ibsen’s realism is still here, knottier and more distressing for its contemporaneity. (Irene Hsiao)