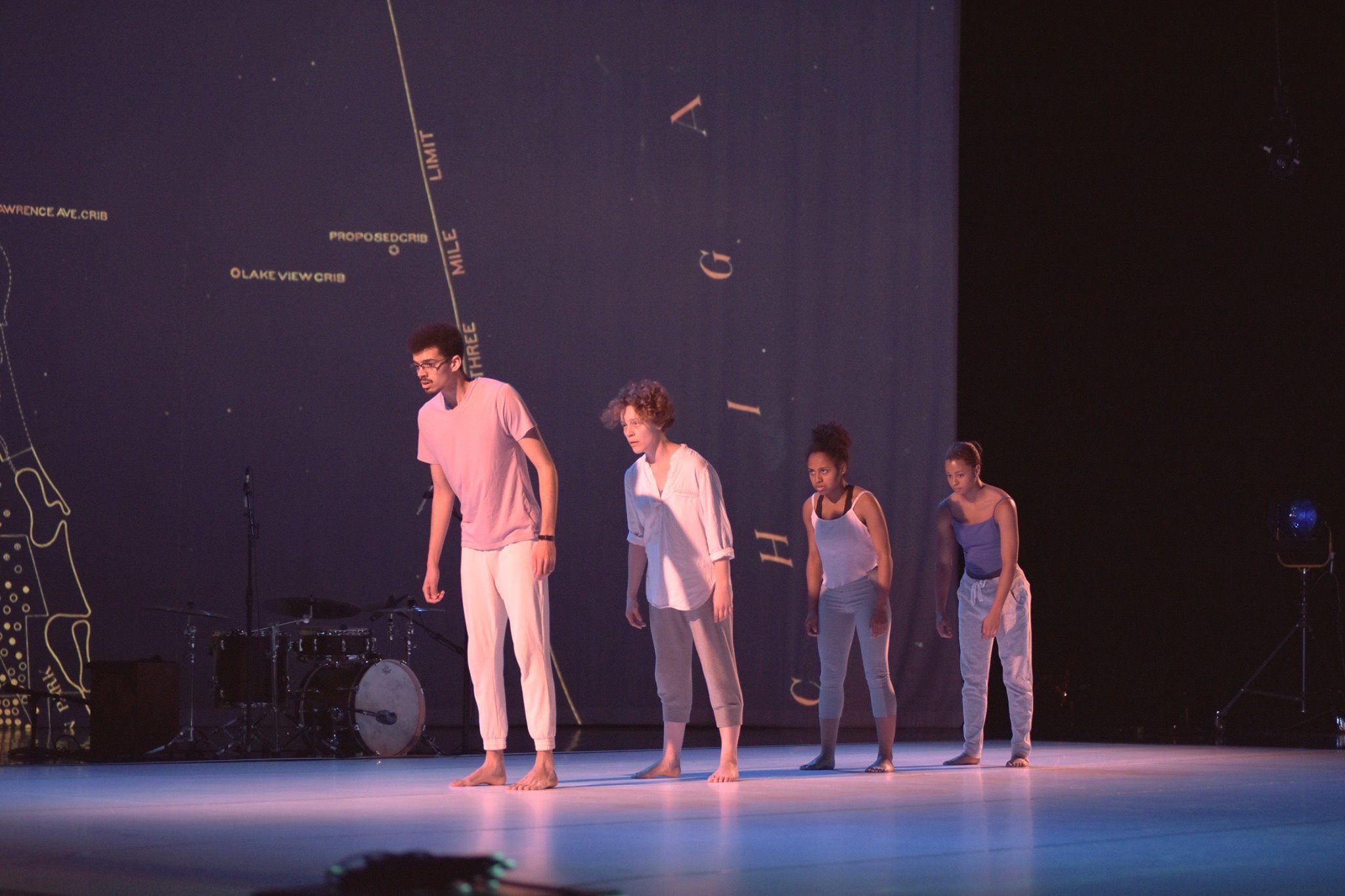 In this sophomore-year staging of the Chicago Architecture Biennial, local dance curator Cynthia Bond presents an Illinois Humanities-supported partner program of space, memory and the invisible social bonds and barriers that inform them. The theory of living space behind “Performing Home” reflects the sociocultural concerns of much of the Biennial’s central programs.

“Most of us probably walk through a city or neighborhood without contemplating the sort of regulatory frameworks that construct it,” says Bond. “Yet that invisible framework is so significant, especially in Chicago, with its complex and troubling history of housing segregation, redlining, and so on. We talk about all of the great neighborhoods in Chicago, its diversity—and there is much to celebrate there. But the stubborn persistence of the hard boundaries between neighborhoods, race and class segregation, and access to housing still construct how we live here, no matter where we live. It’s in the everyday of walking this city.”

For Bond, one critical way of accessing those background influences was in the use of dramaturges: “From a production standpoint, ‘Performing Home’ comes out of a desire to wed movement work with a deeper attention to materiality and history,” she says. “Chicago has such a wealth of performance makers who engage their work in a directly political or social way. Yet the practice of dramaturgy in dance is still to my mind too infrequently exploited. So in curating and producing this show, my goal was to work with artists who were interested in riffing on the theme with the support of dramaturgical resources I have organized to provide background research, image research, et cetera.”

Included in the evening’s lineup are an excerpt from “The Living Lakes” by Anita Gonzalez & Joel Valentín-Martínez, “(re)location” by Paige Fraser, “Working on Better Versions of Prayers” by J’Sun Howard and “CloisterSong” by Joshua Kent. The program stitches together diverse approaches, a point Bond notes was an important goal. “Some of the pieces are dealing with continental or even global concepts of migration and the African diaspora; some are dealing with the minute details and materialities of domestic space. And I am very pleased that the performances in the show run the gamut from pure dance, to dance theater, to performance art.”