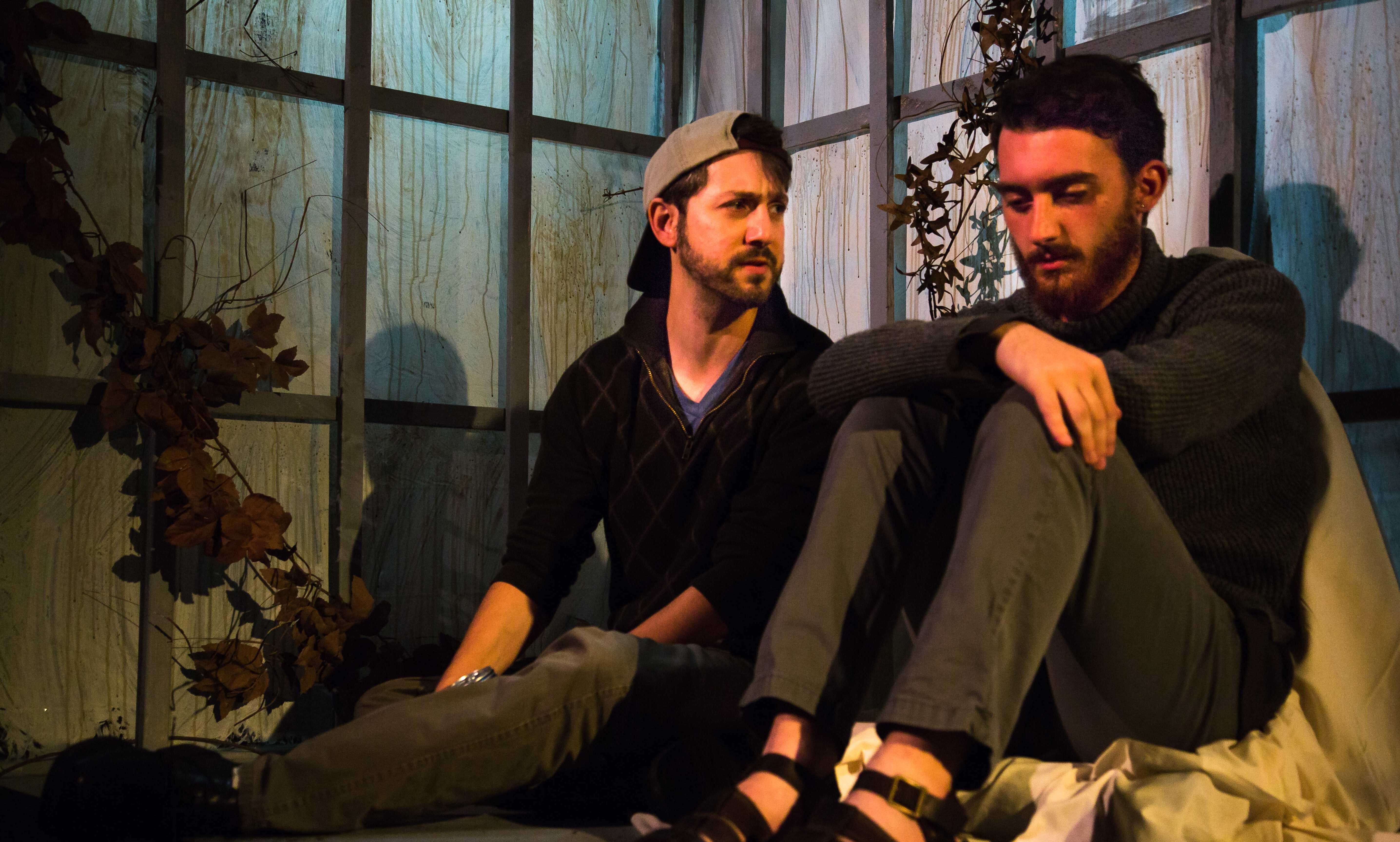 Purgatory is a suburb in the ghettos of the afterlife in Stephen Adly Guirgis’ “The Last Days of Judas Iscariot.” Populated by neither the holy nor the damned and represented largely by the interior of a courtroom, over which a deceased Confederate soldier presides as judge of those who have come to petition their status, it might as well be Birmingham, Alabama and you a trespasser on the wrong plantation.

Judas (Alexander Utz) has betrayed Jesus (Matthew Harris) by handing over the man some consider the son of God in exchange for a fistful of silver. He won’t defend himself and the court hasn’t appointed a representative, so, in the tradition of plucky upstart attorneys, Fabiana Aziza Cunningham (Julie Partyka), daughter of a lapsed pastor and a gypsy, has made herself his defender in a trial that invites historical figures to debate the motives of Christianity’s least-popular apostle.

This is the premise that takes the audience through a sprawling array of testimonies from witnesses that include Pontius Pilate (George Stallings), Mother Teresa (Gabrielle Gulledge), Sigmund Freud (Aaron Lockman) and Satan (Michael Woods). Various saints interject out of turn, describing the actions and aspect of a man whose actions are easy to condemn but whose reasons remain murky. Was Judas guilty of despair or a conscious conspirator with the Messiah? A zealot bent on revolution or victim of destiny? A bad seed or a good guy who made an error?

“Don’t choices have, like, consequences?” Judas asks in a flashback in a bar, drunkenly heckling and then befriending Satan, who appears there as Clementine of Cappadocia (“Cappa-douche-ia,” sneers Judas). “You really think we have a choice?” answers Satan, looking uncannily like his twin on a barstool, just another white dude with a beard, pretty much the same face as that other guy, Jesus.

Race is a nasty can of worms in this play and the trial is a feint, the kind of entertainment civilization graduated into after watching gladiators kill each other fell out of fashion. Yet there is honesty in the contemplation of infidelity that reaches past its mortal flaws. (Irene Hsiao)