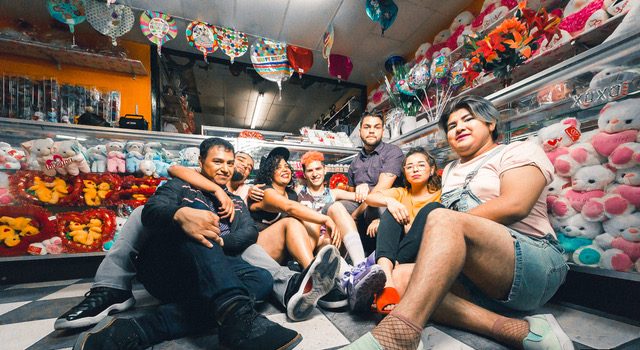 “Meet Juan(ito) Doe” is a beautiful, interwoven tapestry of stories about Chicago’s Mexican-American and Mexican immigrant community. While most companies and artists are willing to tell a “community” story as long as it is nestled within the confines of a well-known North Side theatrical institution, playwright Ricardo Gamboa and Free Street Theater, both recipients of the prestigious Joyce Award, set out to create work about the community in the actual community in which the work exists.

Hence the birth of the Storyfront, a former office of the late electronic repairman and Mexican immigrant Jose Guadalupe Guerra Ornelas located in the Back of the Yards. His daughters rented the space to the company and Gamboa for just a dollar a month, so that this play would be accessible to the community it is about, both financially and physically.

“Meet Juan(ito) Doe” is a raw, funny, deeply heartfelt play about those who live life without much fanfare: the man having a beer outside his house, the supermarket worker, the young man caught up in the streets, the graffiti writer, the local bar owner. These are people who are often forgotten and overlooked, yet they are the beating heart of this community, who stand resilient even in the face of gentrification.

The cast (Sebastian Olayo, Keren Diaz de Leon, Alejandro Reyes, Nicolas Dell Valle Jr, Anthony Soto and Lily Be) give these characters the humanity they rightfully deserve. Co-directors Gamboa and Ana Velazquez make us dance, laugh and feel the painful memories of what it means to be Mexican in this city.

A local bar owner in the play remarks, “Nobody is going to know we were here.” While the line could be taken as sad and sullen, I smiled. I wanted to tell him, as long as there are playwrights like Gamboa and theaters like Free Street, you have absolutely nothing to worry about. (Loy Webb)

Free Street Theater at The Storyfront, 4346 South Ashland, freestreet.org, Free or pay what you can. Through November 10.