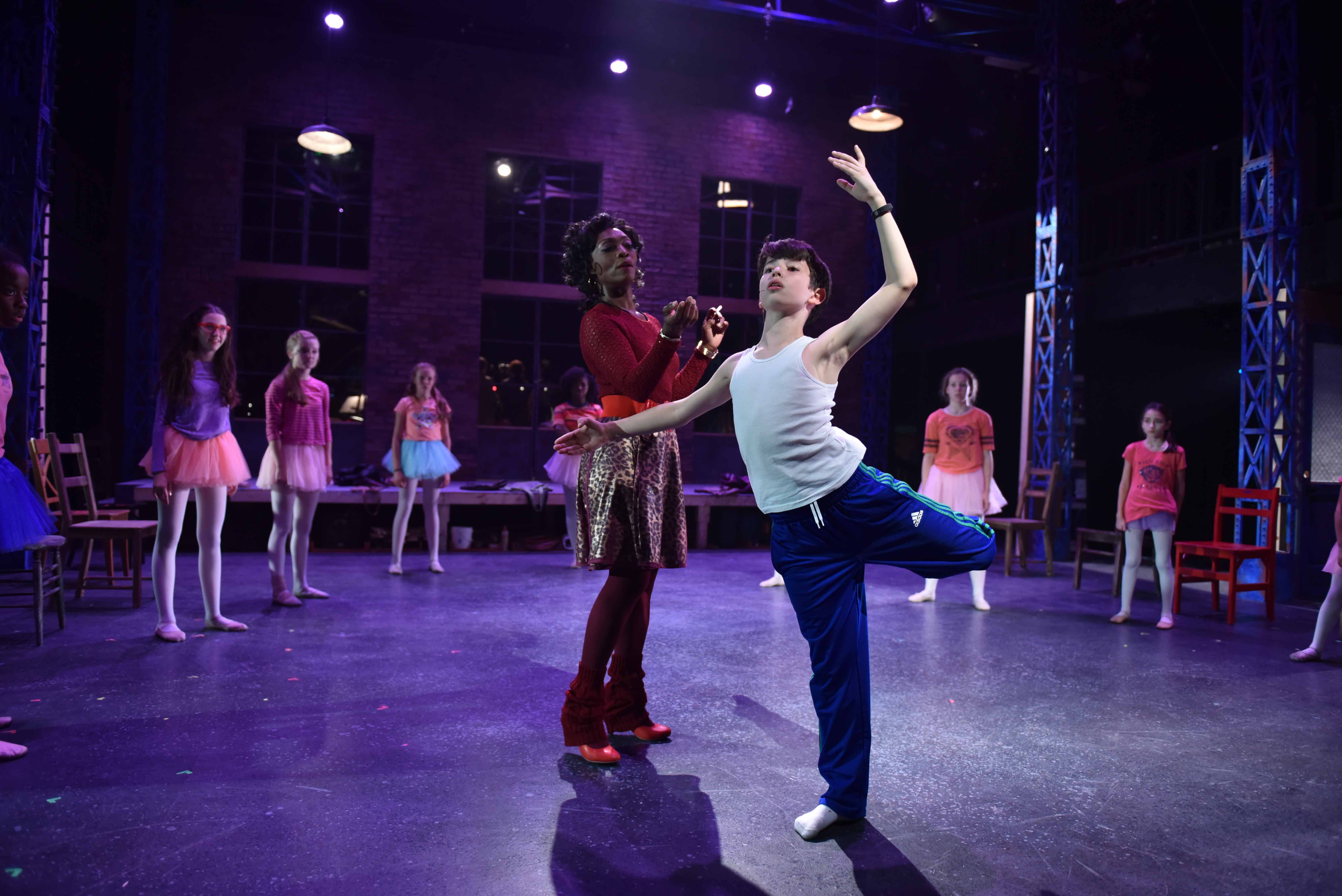 Porchlight Music Theatre continues its fearless pursuit of programming that gently nestles in the lap of lyric theater as universally gripping discussion. This art form shows every character in a new and sharp relief, giving us the opportunity to watch both ourselves and anyone we might secretly consider “other,” shielded by the footlights. This isn’t television, with its branding and multiple agendas. Living, breathing lyrical theater affords us a moment in time, born on the exhalation of very real people, only an inhalation away from our own. Of the many topics citizens of the world must consider as we live in interesting times, a discussion of governmental intervention over the coal-mining industry versus the potential ruination of a citizenry built on that trade, fiscally moored only by their union, is literally ripped from the nation’s Twitter feed.

Director-choreographer extraordinaire Brenda Didier and musical director Linda Madonia champion an ardently transparent company, dancing up a storm while keeping us on the precipice of their scuffle. Sean Fortunato’s tortured father is a gut-wrenching study in multiple levels of profound loss. As the dance teacher Mrs. Wilkinson, Shanésia Davis shields her broken heart behind highly polished brass balls, breaking ours in the bargain. Faced with the challenge of offering maternal genuineness while also serving as comic foil, the always charming Iris Lieberman’s Grandma is the newest jewel in her encrusted theatrical crown, one of which the Jeff Committee will surely take notice.

Part of the charm of this story is watching the adult’s struggle, as observed through the eyes of their children. The young performers in this production are never to be denied, tapping, turning and freely existing in every moment. Of course, this story rides on the youthful shoulders of Billy himself. Jacob Kaiser and Lincoln Seymour share a role that appears in nearly every scene and requires demonstrative transparency along with trustworthy pipes and spot-on pirouetting. I had the pleasure of seeing Seymour, who never disappointed.

As the outwardly comic, inwardly tender best-friend Michael, Peyton Owen dances away with every scene he enters. Exhibiting drop-dead timing, tapping and a limpid emotionality, Owen is a terrific talent and one to watch.

Newly ensconced in the storied theater at the Ruth Page Center for the Arts, Porchlight remains an important voice of musical theater in Chicago, spinning between a vibrant but financially strapped storefront theater scene and the big-money dinner theaters of the suburbs. You mustn’t miss this singular experience, gifted by a producing organization that affords us glowing productions and helmed by top artists, gnawing fearless on the joint of today’s headlines. (Aaron Hunt)