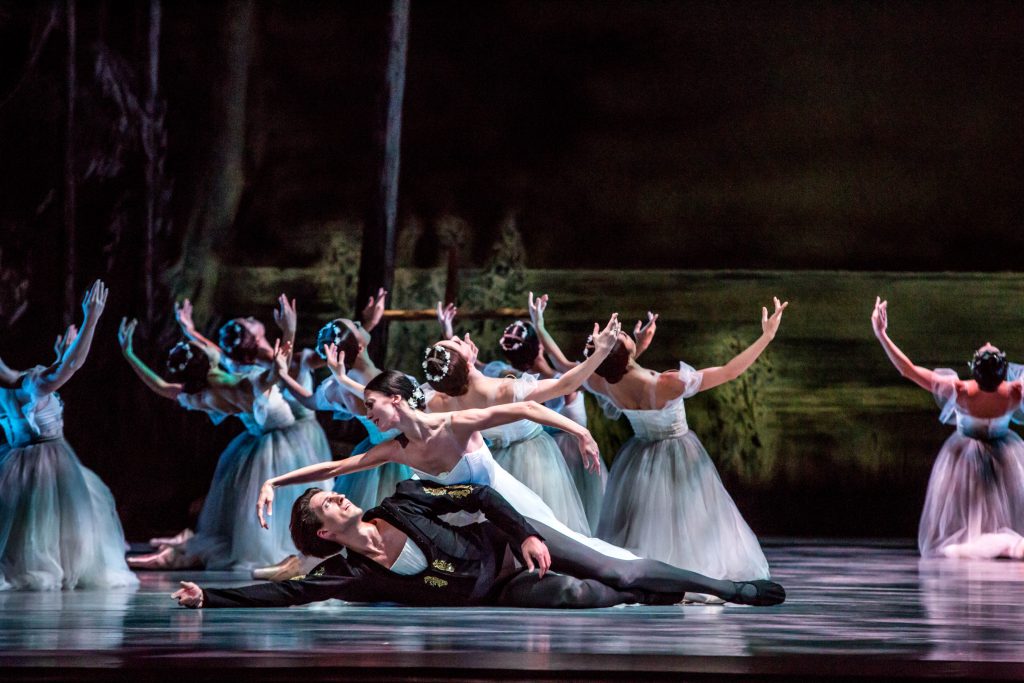 Perhaps the most beloved of the romantic story ballets, “Giselle,” as staged by Lola de Ávila, was described on its opening night at the Auditorium Theatre as the ballet that inaugurated and continues to exemplify Ashley Wheater’s artistic direction of the Joffrey, now in its tenth year. Before the curtain rose, executive director Greg Cameron exhorted the house to stand in Wheater’s honor. Most obliged. But what does it mean to watch a ballet about a man of wealth and stature taking advantage of a naïve peasant girl, who not only pays with her mental health and her life but then pays again by spending all we know of her afterlife protecting her so-called lover from retribution, in a time when a self-proclaimed sexual predator sits in the White House and the assault of every woman is increasingly visible, touched neither first or last by a Hollywood producer? As unseemly as this question is, ballet has everything to do with politics—its historical ties to the monarchy and to the power dynamics of the court are undeniable—and that it continues to be performed without significant variation suggests that the values it espouses have also failed to evolve.

Nevertheless, for addicts of beauty, the Joffrey’s new “Giselle” may give satisfaction. The curtain rises on a lush wooded countryside where peasants drift in floating chiffon, looking more Fragonard than Brueghel. It’s harvest season, no labor or rotted grape to be seen. When Albrecht (Temur Suluashvili) turns up in silk shirtsleeves, he fits in like watercolor soaks a page. As Giselle, Victoria Jaiani seemed miscast in the first act, more a swan flown off course than a country girl—her hands too long and weightless to find her hips, her thrown kisses lost to the imperial line of her arabesque. Throughout, the expressive principle seemed to be a contract to either mime or dance, but never both at once. As a thoroughly plotless element, the peasant pas, danced by Cara Marie Gary and Hansol Jeong, was thus a refreshingly unassuming interlude.

In terms of pure movement, the second act contained more opportunity for the company to present its strengths. Audiences rarely fail to applaud when a regiment of Wilis appear, chugging across the stage in parallel lines, and Wednesday night’s impeccable corps of murderous maidens was no exception. As Myrtha, April Daly manifested a commanding stillness. And Jaiani, rising from her grave as the wraith she was born to be, arrested the supernatural destruction of her undeserving lover by the ethereal rippling of her feet and the languorous unfurling of her endless limbs—divine.

“Like all great works of art, we return to ‘Giselle’ because we see ourselves in these people,” Wheater writes in the program notes. Indeed. (Irene Hsiao)

The Joffrey's Giselle gives satisfaction to addicts of beauty.