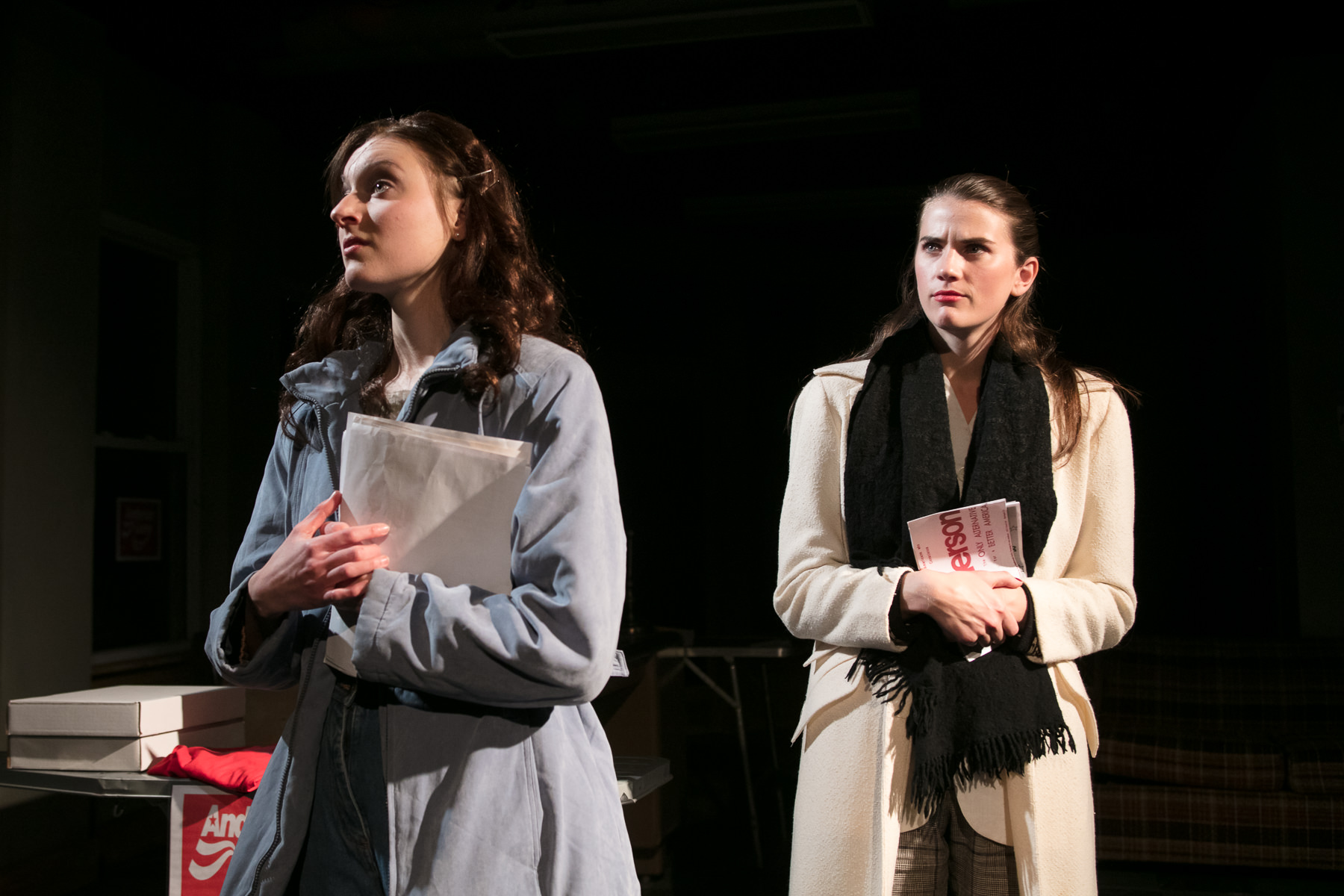 My garage is a graveyard of lost political causes, their lawn signs forever a testament of what could have been. Where did that lawn mower go? Oh, it’s right there, underneath the Chuy sign. Lingering hurt feelings aside, there is a certain smug satisfaction in knowing that I backed the more principled, but less funded and less telegenic candidate.

This cycle of broken dreams is the material fueling Patricia Cotter’s “1980 (Or Why I’m Voting for John Anderson).” A world premiere presented at Jackalope Theatre, the play follows the lives of four soon-to-be-disillusioned campaign workers determined to put John Anderson, an Illinois congressman fated to run third behind Carter and Reagan in the 1980 presidential race. Sound familiar, Jill Stein fans?

Those hoping for a retro mashup of “House of Cards” and “The Office” will likely walk away disappointed. Although featuring a memorable performance by Sheldon Brown (a slick Chicago-based political operative who must navigate both racism and office politics) as well as pitch-perfect Southie accents, the script fails to justify its two-hour running time as the plot points appear forced and insincere. Kaiser Ahmed’s direction elicits a few laughs along the way but the glacial pace of the production as well as the scripts insistence on tackling every cliché of personal growth possible results in a performance that at times felt longer than the actual 1980 campaign.

Despite the many shoutouts to the early eighties (casual references to cocaine, the crunching of typewriter keys and characters unafraid to call each other “lesbos”), the play never commits fully to the past era. This is due in large part to the characters, with their need for personal growth, appearing more millennial than post-disco refugees. That they would appear less than surprised by Reagan’s victory is understandable. But their muted disappointment in this eventuality is less understood. It is as if they know that the future holds even more bitter political disappointment. (Noel Schecter)