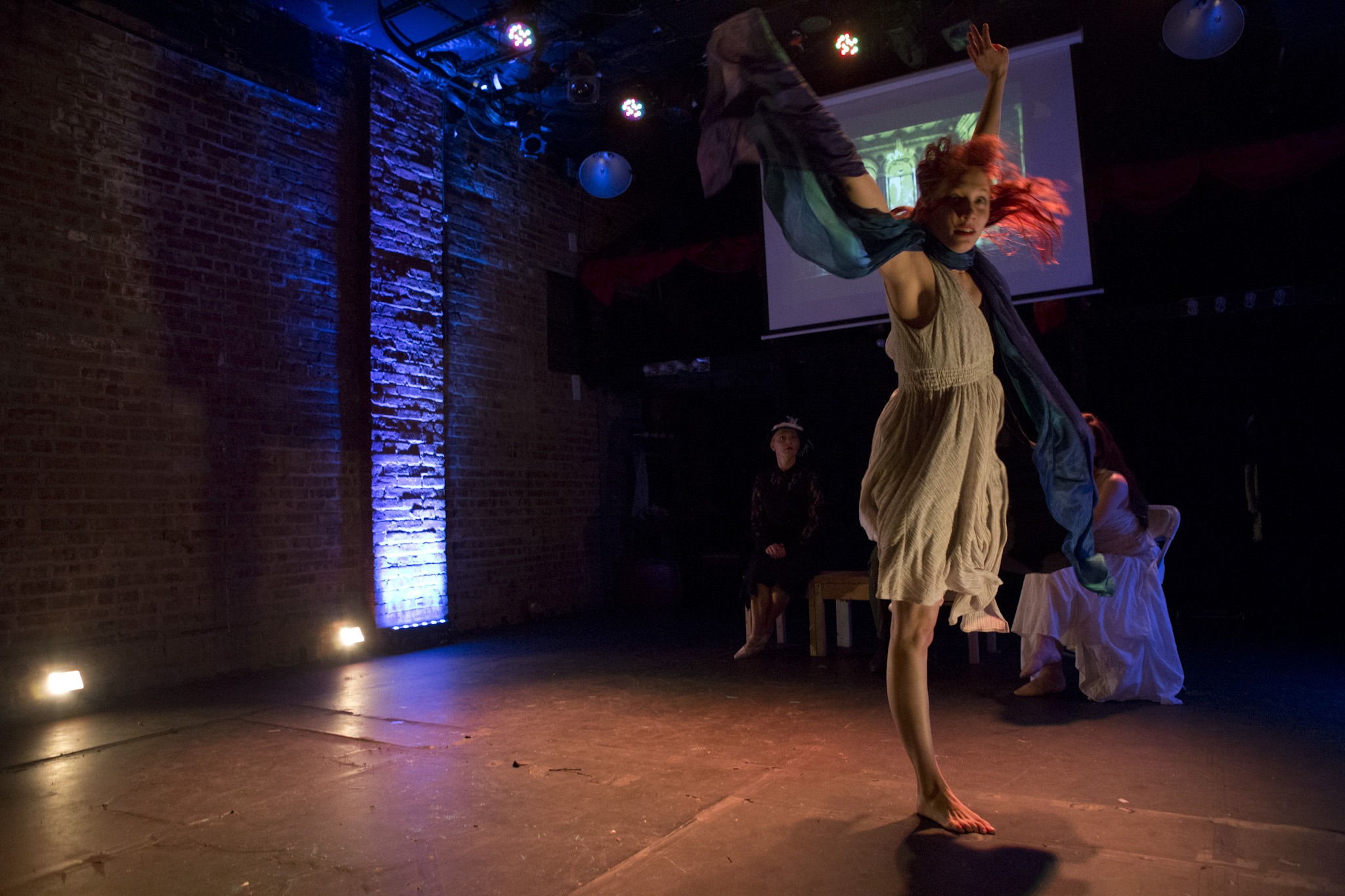 Italian actress Eleonora Duse was once named the greatest actor who ever lived by George Bernard Shaw. She was the first woman (and Italian) to appear on the cover of Time magazine and was invited for the first-ever White House tea for an actress, held in her honor by then-First Lady Frances Folsom Cleveland. She inspired Anton Chekhov’s work, brought Henrik Ibsen to relevance and prompted Stanislavski to create a new acting theory based on her performances. And yet, she is rarely cited or acknowledged in American theater.

Based on her biography, director-writer Olivia Lilley and her cast and artistic team devised this play to tell Duse’s story. It’s one that she would have been proud of, with authentic, raw storytelling achieved with Kelly Anderson Williamson’s choreography and Lilley’s writing.

Because of the experimental nature of this piece (telling a biographical tale through both dance and scene), everything must be incredibly tight and flow as smoothly as a river. All entrances, stage directions, artistic movements, music and lights were perfectly timed. The choreography and dancers performing it were incredibly in tune with every aspect of their dances, especially Daiva Bhandari and Mary Iris Loncto. Each movement felt intentional and deserved, each idea—be it a change of scenery, a passage of time or a state of mind—was well executed. As the story progressed, the dialogue between characters flowed more naturally and each character came into their own. As the show went on, Loncto in particular improved and diversified her portrayals as Duse’s sister and the dance artist Isadora Duncan.

As the title character, Dyllan Rodrigues-Miller was enchanting. Able to evolve from childhood curiosity to late adulthood with the ease of a strong, determined woman, Rodrigues-Miller took the audience on a journey of mindsets through her deliberate expression, presence and movement. Her character was written with an enormous amount of layers, a challenge given the subject’s private nature. Duse often rejected interviews, claiming once that away from the stage she did not exist. Nevertheless, Rodrigues-Miller was able to portray a woman that was at once proud and relentless yet very self-critical and insecure.

It is poignant to have such a small cast that allows actors to represent numerous people who had a large influence on Duse. For instance, Nick Benz represents the men who had an impact on her life: Duse’s father, her problematic manager and her ex-lover-collaborator Gabriele D’Annunzio. Bhandari takes on the women, such as Duse’s mother and her lifelong rival Sarah Bernhardt.

After her death in the play, the newscasts and interviews that follow do not have the same strength as the rest of the show. Though it would be well worth it to see her loved ones’ honest reactions and responses to her death, there may be an opportunity to incorporate them more seamlessly. This would create a truly cohesive whole, a piece that flows tenderly from one scene to the next. (Danielle Levsky)