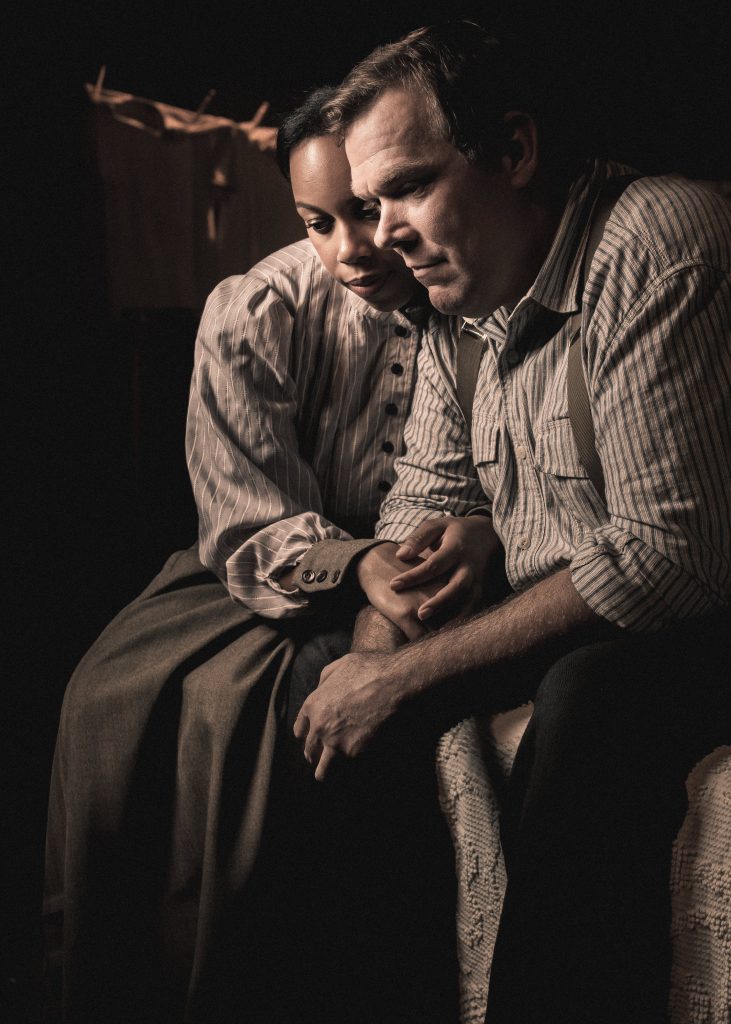 Childress’ fate is like many of those who forge paths on uncharted territory. They are the first, yet virtually forgotten by history. However, regardless of the history that has forgotten her she is a theatrical giant. The Artistic Home’s production of her 1966 play “Wedding Band: A Love/Hate Story in Black and White” is the perfect homage to her legacy.

The play follows Julia Augustine (Raina Lynn), an African-American woman who has just moved into a new building. Things turn on their head for the people in the building when Julia’s lover, a white German baker named Herman (Scott Westerman), falls ill.

What is most surprising about this production, helmed by Cecili Keenan, which is also a testament to the timelessness of Childress’ writing, is that it does not feel dated. Ms. Keenan has found a way to make a play about the illegalities of interracial love in 1918 South Carolina fresh, moving, and full of comedic energy that is an immense joy to watch.

The entire cast, especially the neighborhood characters of Mattie (Myesha-Tiara), Lula Green (Lisa McConnell), Nelson Green (Kevin Patterson) and Fanny Johnson (Susan Anderson), have a rhythm and chemistry between them that flows seamlessly. The child actresses, Teeta (Maya Hooks) and Princess (Madison Murphy), will steal your heart with their adorableness.  And the mere entrance of Donna McGough, as Herman’s mother, is a powerful shift in energy. The Artistic Home is to be commended for keeping Childress’ legacy alive with this enjoyable night out. (Loy Webb).