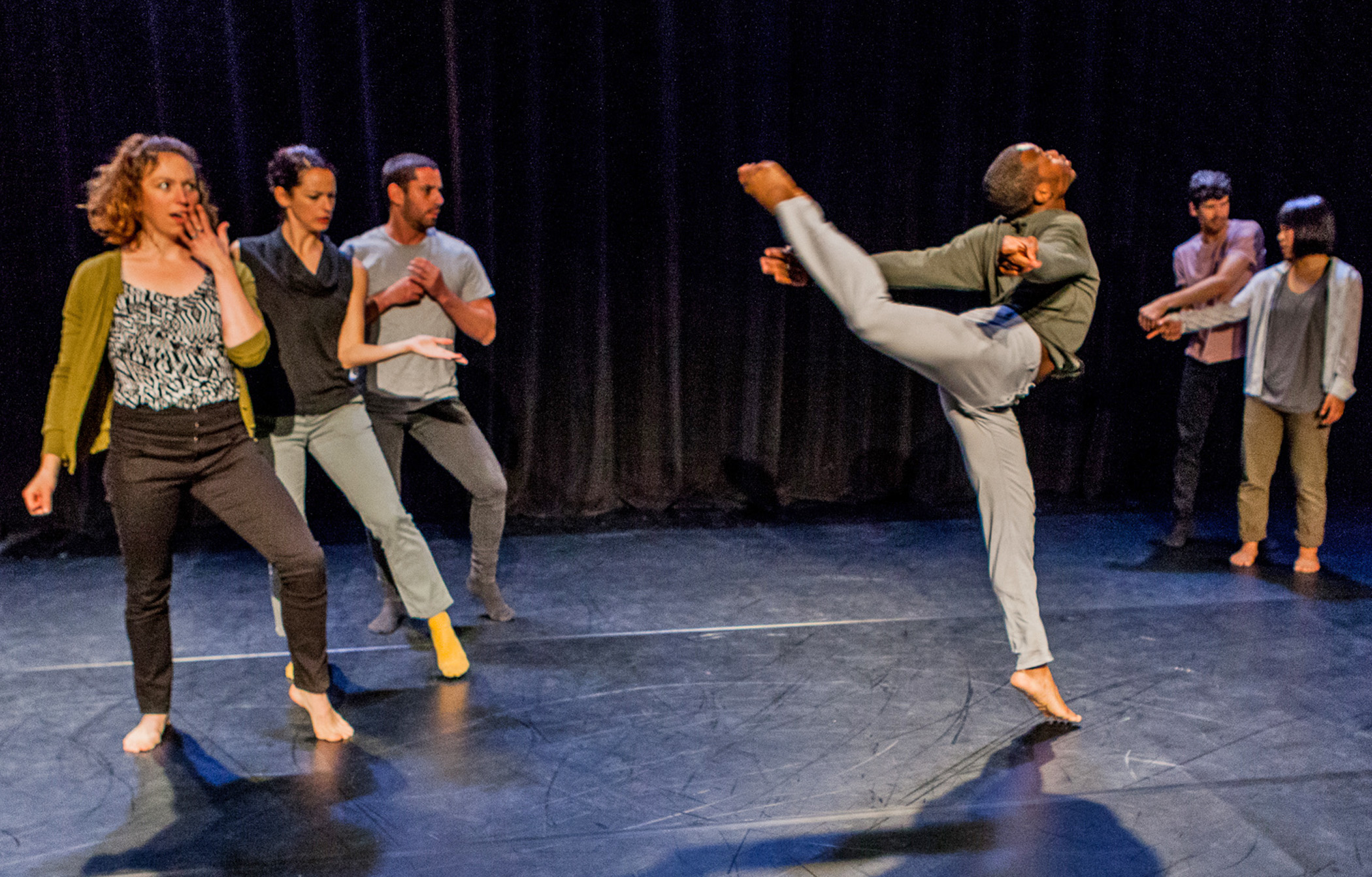 When Leslie Buxbaum Danzig of 500 Clown and Julia Rhoads, founder-artistic director of Lucky Plush Productions team up, the results are a brand of movement-based theater that can be comfortably called, without exaggeration, genius. For proof, see “The Better Half,” their darkly humorous unpacking of marriage, claustrophobia and trust from 2011, and in 2014, “The Queue,” their delightfully poignant musical set in an airport terminal. The two University of Chicago professors join again this fall with “Rooming House”—playing through November at the new Steppenwolf 1700 Theatre—this time telling a story about telling stories, bounded by the rules in the game of Clue. Buxbaum Danzig and Rhoads sat down to discuss their creative process and the challenges of pinpointing the crux of a tale.

You used Orpheus and Eurydice as a loose jumping off point. Could you talk about some of the themes in “Rooming House” that arose from the myth?
Leslie Buxbaum Danzig: It began with an interest I had in how regret functions as a primary core experience of being human. I thought of it in the context of that story and what happens after Orpheus looks back. I think for a while we thought that was where the production hinged. But it was just a jumping-off point because we realized that it was a connection I personally had with the myth, and that myths have multiple points of entry. We began thinking of a myth as a house with multiple rooms where people might linger. Because these stories are so familiar, we might not be attached to the telling of the story from beginning to end.

Julia Rhoads: I never really found the connection to Orpheus and Eurydice and I still don’t necessarily feel like I care that much about it, except that it is a jumping-off point for more contemporary ideas. The stories I cared about were being generated by the ensemble—with respect to regret, but also to other offshoots and tangents we were going on. I found myself getting stuck after our first showing on decision points in how a story is made.

LBD: What leads people to actions that have consequences…

JR: …in good or bad ways. He lost her forever, but we started bringing in other stories where the outcome was amazing—the man who jumps on another man having a seizure on the tracks of a railway station, shields him from the train and lives—these kinds of decisions. And then, as Leslie and I do, we looked for the anchor for the audience. I threw out the idea of the game of Clue.

LBD: It’s fun to use an anchor that’s familiar for an audience and sets expectations, which leads to creating humor, and takes it from being an abstract thing to something that everyone can hang their hat on. 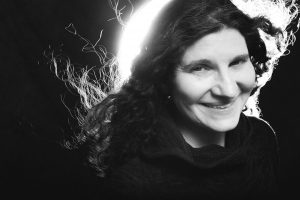 JR: We played the game for three rehearsals and then played it on our feet to understand moving through a house and making decisions.

LBD: The game structure forces the performers to tell and retell the stories through different lenses. There’s a question that arises in what is the value of the thing as it actually occurred and what is the value of retelling? And when does it cross the line? When is it totally up for grabs in how it’s told and when is it like, “Whoa! That’s too personal.” We’ve tried to build that sensibility and sense of care.

JR: Rather than avoiding that, we’ve tried to not shy away from it. The cool thing for me is the surprising way this creates empathy. If you tell a story from the perspective of someone who was a witness as opposed to someone provoking something to happen, you can put yourself in a mindset to consider other layers.

What are the rules of the game?
JR: Like the game of Clue, it’s a process of elimination. There are rooms with various obstacles.

LBD: There’s the room of Weighing Your Options. Then The Inventive Self—the point of no return. Looking at each of these places in an unfolding story.

JR: Every story has so many decisions inside it—there’s no one decision. That’s what’s tripped us up in rehearsal. Also, it’s exactly what we want to talk about in a show. I love that kind of mess and contradiction. It provides an opportunity to expose fragments of understanding and how people make a case. Ultimately there’s an idea of the aftermath and these questions around regret which are teachable moments for future decision-making.

Can you give me an example of something that’s tripped you up?
LBD: Often in rehearsal there will be an idea that some decision made a thing happen. But then it’s like, wait wait wait… What decision are we actually looking at? What we thought was the crux of the story was somewhere entirely different, with a different character.

JR: Another example is in the structure itself. The idea of deliberating: was Orpheus deliberating when he went down, or was he deliberating on the way back up? It was a structure that became confusing for us. When does that happen in a decision-making process?

Yeah, I don’t think it’s often that we’re in a before or after moment; we’re always within the moment we’re in and decisions are happening…
JR (snapping): …constantly.

LBD: I think that’s true. And stories force a constancy and linearity, but when you start digging in it starts falling away pretty quickly. Allowing there to be illogic and mess onstage; plays can clean up causality. We’re always wrestling with how to create a piece that an audience can connect to. That’s by creating a logic, but then we also believe the logic breaks down because life doesn’t work in a clean way. But how to do that in a way that’s inviting to an audience and not alienating.

JR: In dance we use languages that move into abstraction. We ask what has the audience understood thus far? Do they have enough anchors to not feel like they’re flailing?

How does movement come into the storytelling?

JR: One example came from us wanting to create something that related to the underworld as a place that’s disorienting. I made a map of numbers from one to one-hundred and made patterns that added up to one-hundred and overlapped. The idea being that they’re looking for connections, but they fade away. It was maddening for them at first because I didn’t want them to use an eight-beat to build the patterns. It’s now one of my favorite parts of the show.

This is your third collaboration. Has anything changed or evolved in your process?
JR: Leslie and I come initially from different formal backgrounds, but both of us created work at the intersection of movement and theater long before our first collaboration in 2011. Our work together was instantly satisfying because our aesthetic values, curiosities and sense of humor are very aligned. We also joke about our similar cringe factor, which is what we call our response mechanism to things we don’t like, such as moments that are overly precious or illustrative. While I continue to create works for Lucky Plush that are independent of my collaboration with Leslie, our partnership has impacted all of my artistic endeavors because it continues to teach me about myself. I think that is probably the best indicator of a successful collaboration.

Anything else about the performance you’d like to mention?
JR: One interesting thing we’re doing that’s new for us is that we’re interested in how language functions. Because we have two Cubans in the cast we wanted to have a mix of English and Spanish dialogue. How much do audiences need, who aren’t Spanish-speaking, to understand? How much can people learn from the body language and setup? It’s new terrain for us.