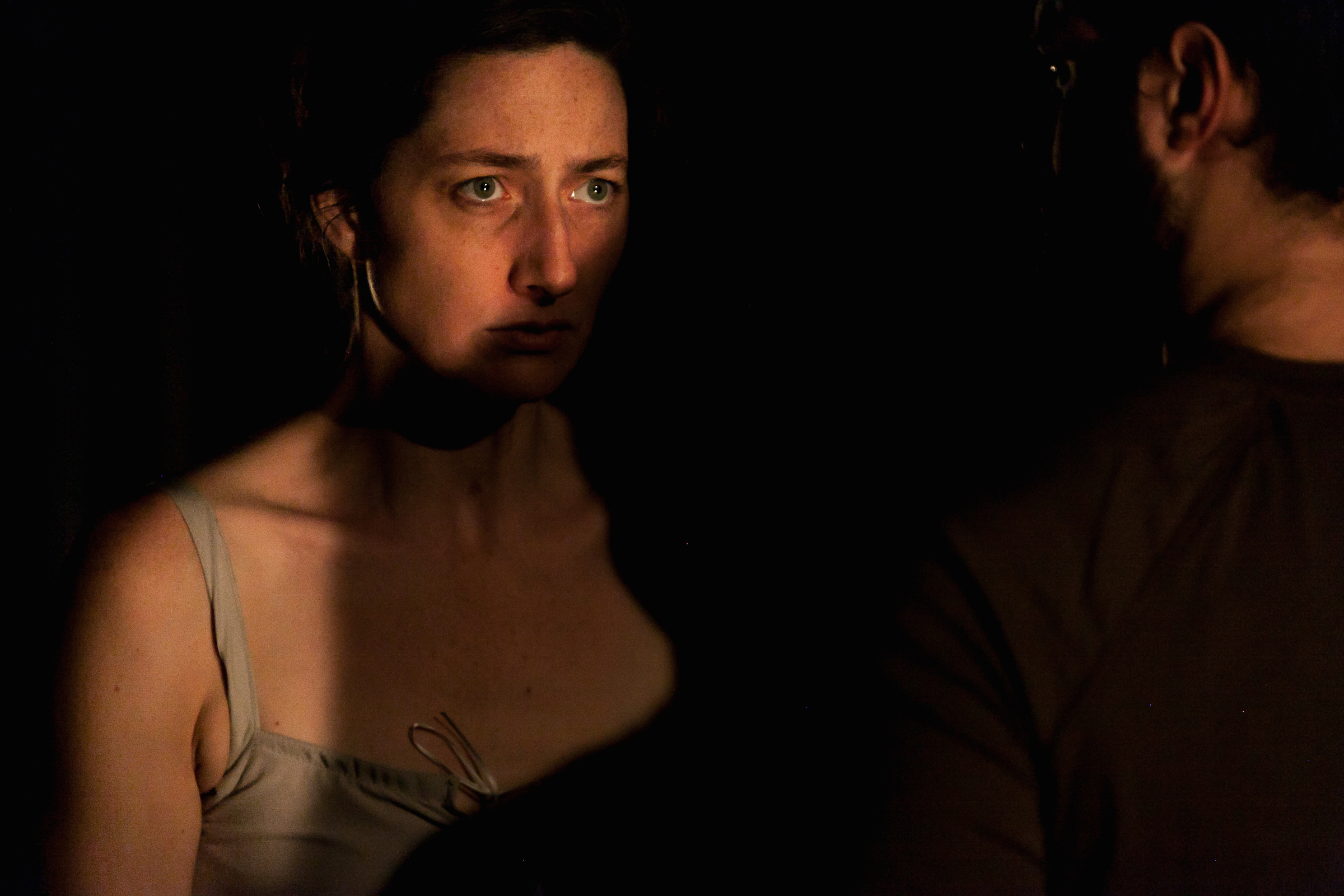 Theatre Y’s “Yerma” (presented in collaboration with Red Tape Theatre) is not a word- or story-centered play, but a multi-sensory immersion into the title character’s rural Spanish world, from the earthy smell of the mulch-covered stage to cricket chirps in the background to the sensuous rhythms of the fiesta. All the production elements—including ensemble member and performer Héctor Álvarez’s fresh translation of Federico García Lorca’s 1934 “tragic poem,” Nicholas Tonozzi’s evocative score, Taylor Ovca’s expressionist lighting and director Max Truax’s enveloping in-the-round staging—come together in a searingly powerful depiction of a woman and a society in crisis.

The woman is Yerma—“barren” in Spanish—who is tormented to near-madness by her inability to conceive. “A country girl without children is as useless as a handful of thistles,” she exclaims to her friends, who sympathize but also begin to see her chronic unhappiness as a threat to their traditional, claustrophobically close-knit village life. There is one man—the virile Victor (Brendan J. Mulhern)—who moves her but she is married to another, and respectability trumps instinct.

Slender, fierce Katie Stimpson captures Yerma’s dark and twisted energy, transforming the conflict between her strict code of honor and her biological needs into a dance of despair that verges on the operatic. At the work’s other pole is her husband Juan, a tight-lipped control freak (played with subtle menace by Cody Beyer) who believes the secret of domestic bliss is keeping the sheep in the pen and the women in the home. More jailer than husband, Juan almost flaunts his sterility, using it to suck the life from his wife and give nothing to the world. The final clash between these opposing forces is as erotic as it is tragic, a release of tension that allows characters and audience to breathe.

What sticks in the mind after watching this staging in the two companies’ brand new, shared space is the contrast of movement and stasis. Without ever losing focus, director Truax uses the fourteen-person cast to create a periphery of whirling, dancing action, inhabited mainly by shirtless, gleaming, swaggering men. Meanwhile the disconsolate Yerma, dressed in a dingy slip, is often planted center stage, never far from the chair that embodies her spirit-crushing confinement and powerlessness.

With its nature-heavy setting and pagan overtones, the production illuminates Lorca’s thematic connection of fertility with freedom, of creativity with liberation. The cogency of that message—and the skill with which it is conveyed here—mark Theatre Y as a troupe that has graduated from the promising phase and has truly arrived. (Hugh Iglarsh)