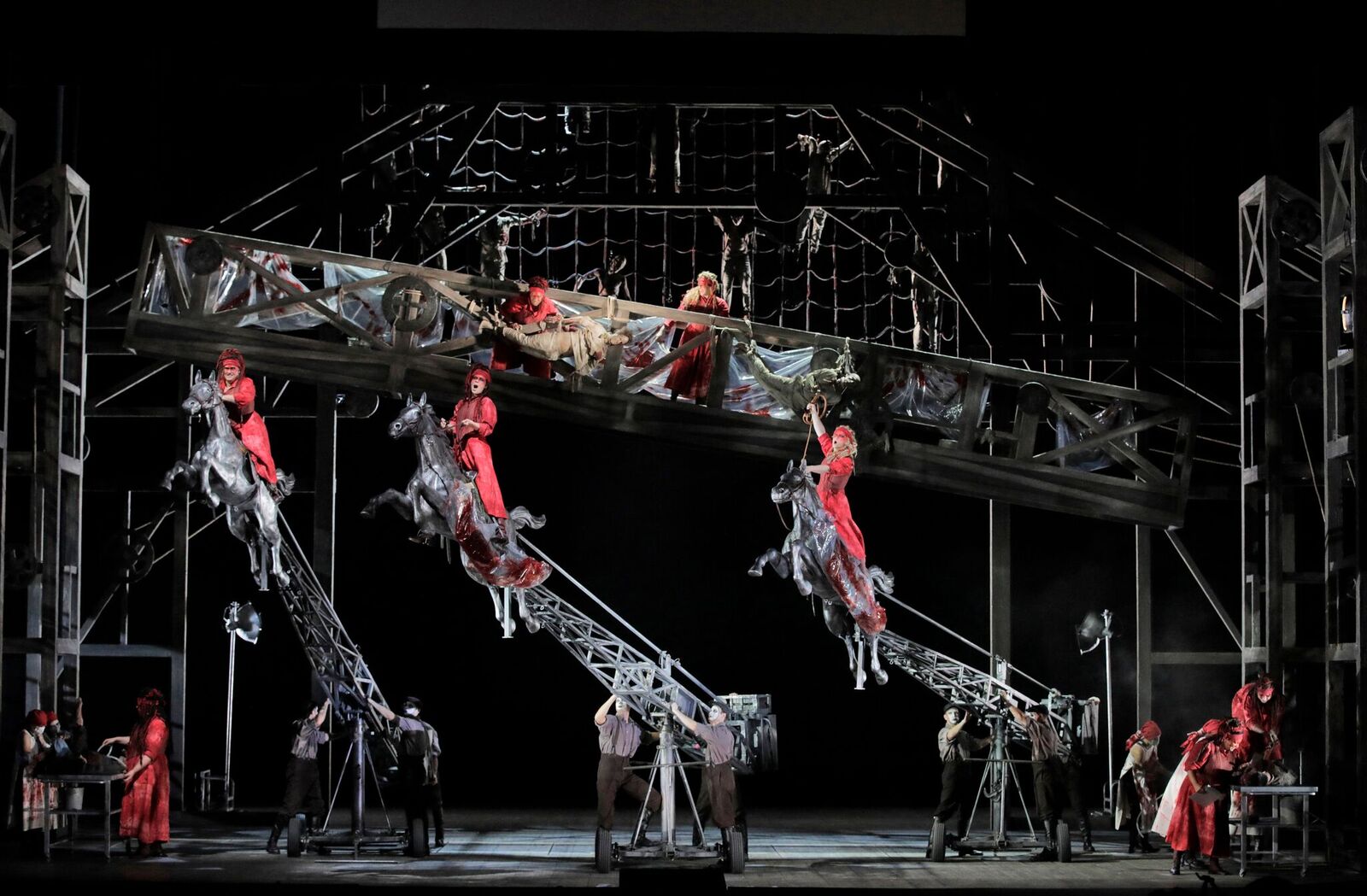 Ride of the Valkyries/Photo: Cory Weaver

Continuing its exploration of Wagner’s masterpiece, “Der Ring des Nibelungen,” Lyric follows its wildly successful 2016 production of the first of the tetralogy with the second opera of the set, “Die Walküre.” This effort stands shoulder-to-shoulder with last year’s auspicious beginning. If the following two operas in the set perform at this level, Wagner aficionados (and viscerally stunned converts) will emotionally wet themselves when Lyric gifts the world three performances of the full cycle in 2020.

The original designs of Johan Engels (1952-2014), the continuation of that work by Robert Innes Hopkins and the costumes of Marie-Jeanne Lecca, create a fantastic world that shuns the distancing of productions wallowing in grandiose pictures of endlessly floating clouds and large rocks for sopranos to faint behind. A nation bingeing on “Game of Thrones” will connect with this ecosphere that allows morally objectionable loves and losses to fall almost naturally into the narrative, which is exactly right.

Under the baton of Sir Andrew Davis, Lyric’s orchestra awes. Davis keeps it at soaring bay during the moments that speed the plot and gives his players full sway in those heart-wrenching flashes when appetites run so high that the singers become descanting members of the orchestra, just as Wagner intended.

This “’Ring’ for the theater” is further blessed with casting that only an alignment of the planets could provide. Director David Pountney guides his golden-voiced actors into genuine physicality equal to outsized passions, eschewing “park-and-bark.” Brandon Jovanovich (Siegmund), and Elisabet Strid (Sieglinde), embody the new opera-singing-actor for which a fresh audience clamors. When we needn’t step out of the moment to wonder if a singer will reach the high note, the characters can be real. When these actors are also so comfortable in their bodies that they can live what is on the page, including the bits where no one is singing, those precious jewels where the composer fleshes out the characters, their audience will be left jonesing for the next episode. (Aaron Hunt)