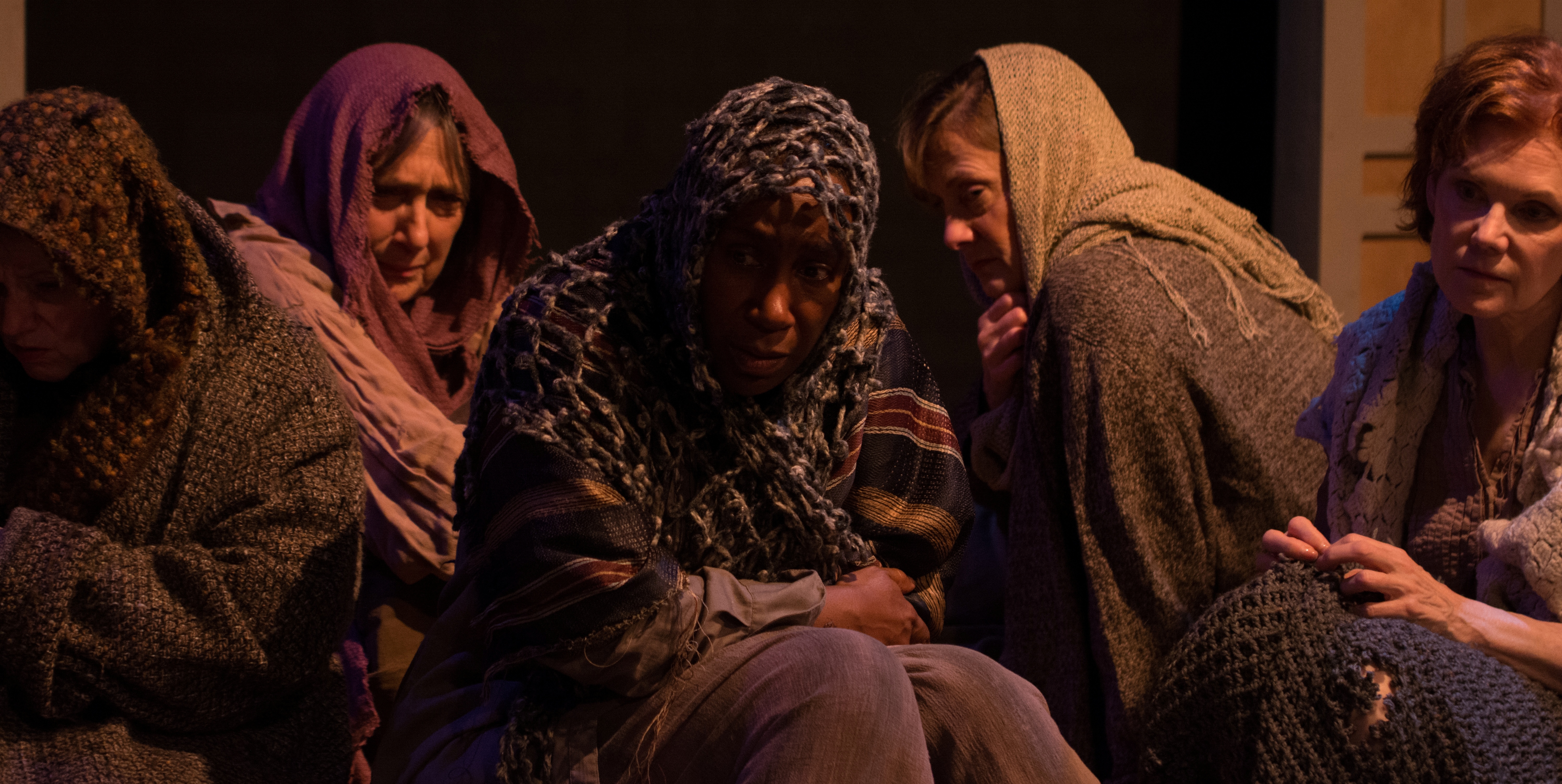 In the foreword to “J.B.,” his Pulitzer- and Tony-winning revision of the Book of Job, Archibald MacLeish describes the title character as “one of those vastly successful American businessmen… who, having everything, believe as a matter of course that they have a right to have everything,” a belief, he qualifies, as being the result of “American courage,” a confidence that combines the value of their lives with the goodness of a just God.

Only his essential humility spares J.B. (Stephanie Monday) from our contempt: “I don’t deserve it,” he tells his wife Sarah (Judy Lea Steele), as she frets over their impossible bounty of children, wealth and pleasure. “Nobody deserves it… Not the world that God has given us.” But, as he discovers, suffering requires a different philosophy, one that demands the economy of crime and punishment.

MacLeish sets the story in the tent of a traveling circus, a self-contained universe, temporary and proud of its absurdity, an effete shade of pink in City Lit’s production. The balloon seller Mr. Zuss (Elaine Carlson) and the popcorn vendor Nickles (Morgan McCabe) take on the parts of God and Satan, hovering over the ring where J.B. will have his plenty robbed for a whim or a dare or a lesson someone wanted to teach. “The Lord giveth and the Lord taketh away,” recites J.B. faithfully. Each time the Lord takes, he beats a drum that looks like a big white sun that shines no light, blank and loud, saying nothing.

Under Brian Pastor’s direction, a spare cast of nine women, all over the age of fifty-five, retell Job’s story with force and intelligence. Monday’s portrayal of J.B. balances stoic acceptance with a steady unraveling as his trials strain his beliefs, a pain more plainly expressed by Steele’s Sarah. Rivers and McCabe are equal parts foolish and terrifying in dialogues that recall the absurdity of “Waiting for Godot”’s Didi and Gogo and foreshadow Tom Stoppard’s “Rosencrantz and Guildenstern.” The strength of the piece is in its language. In this, the ensemble rends the air roundly. (Irene Hsiao)