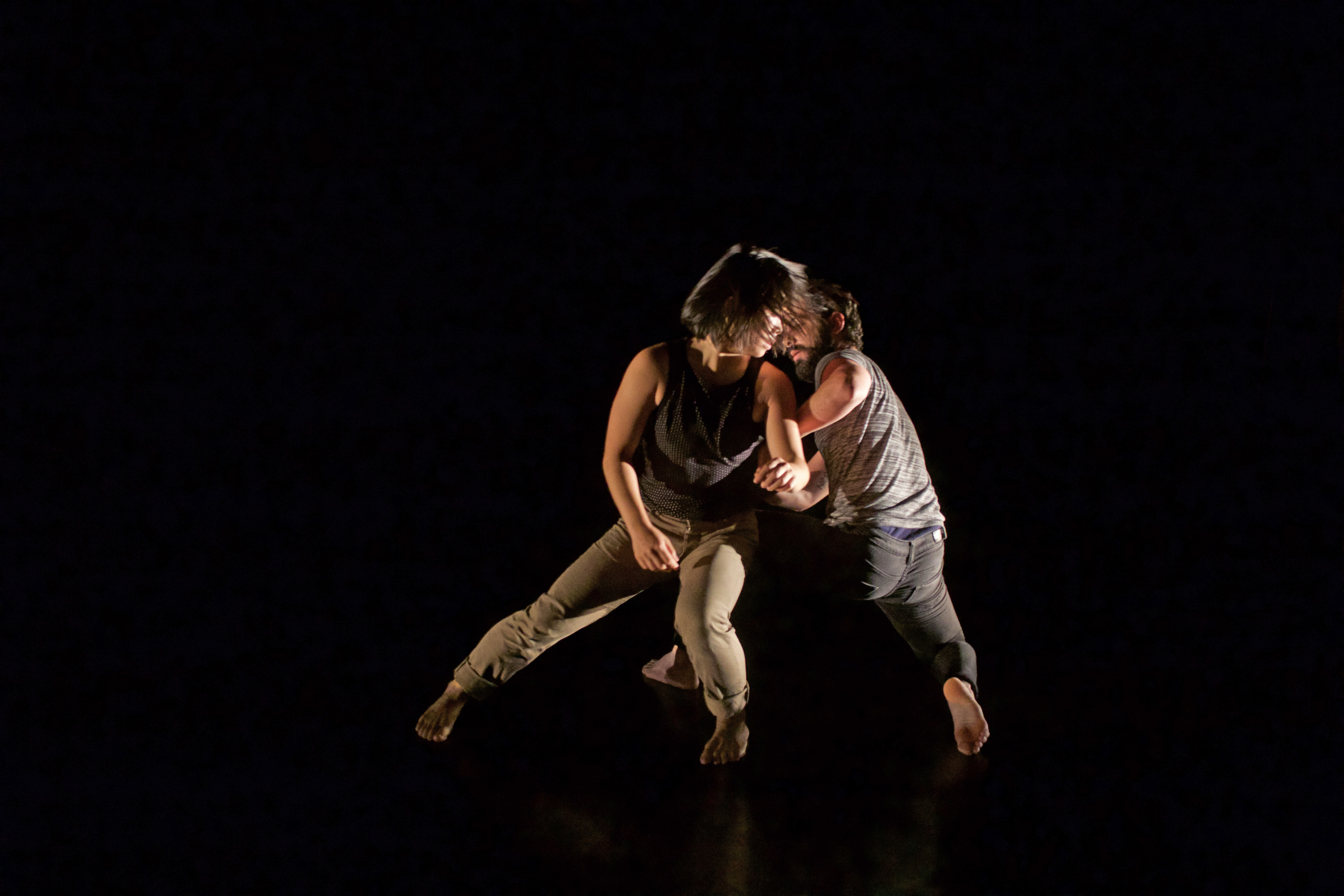 The ancients developed a mnemonic device sometimes referred to as a memory palace—a means of storing memories by attaching details to imaginary places, through which one journeys to retrieve them. Julia Rhoads and Leslie Buxbaum Danzig visualize this device in “Rooming House,” their newest work for Lucky Plush, which allows the black box stage of the 1700 Theatre at Steppenwolf to be a mind, a game board, a system for organizing consciousness, the unknown.

The piece begins with the voices of the ensemble breaking through the static—that is, Elizabeth Luse telling how her father interrupted a burglary in progress in her childhood home, interrupting the standard reminder to silence phones. But her story is neither more nor less important than any of the others, which tumble one atop the other without obtaining resolution: a radio story about a train-track rescue, a gymnastics competition that ruined a friendship, a defection from Cuba, a Greek myth.

The most developed segment, devoted to Orpheus and Eurydice, oscillates between two questions: why Orpheus descends into the underworld and why, having retrieved his dead beloved, he looks back, dooming her to remain there. Such an inquiry finds a logical counterpart in dance, a medium in which it is also crucial and often unconsidered why actions occur. The act of looking back is inspected with rigor, probing the limits of peripheral vision, dancing with one or both eyes covered, assembling duets in which—not unlike classical pas de deux—the participants stoically refuse eye contact to express love. The investigation evolves into a “Clue”-like game, designating territories of the stage separate rooms (event, obstacle, deliberation, and so on) and devising cards with identities and purposes. Disappointed Eurydice; abandoned again.

Like the repartee, the dancing is brisk and dazzles with its seeming ease, patterns and formations suddenly emerging from the action and just as rapidly dissolving. The ensemble explores the potato-sack-race-like ambulation of a purposely awkward partnering with as much gusto as it does the fleet suspensions, particularly when the marvelously buoyant Michel Rodriguez Cintra leaps implausibly near the low trusses of the stage to be caught by his companions, an arc of action frozen for our perusal. (Irene Hsiao)