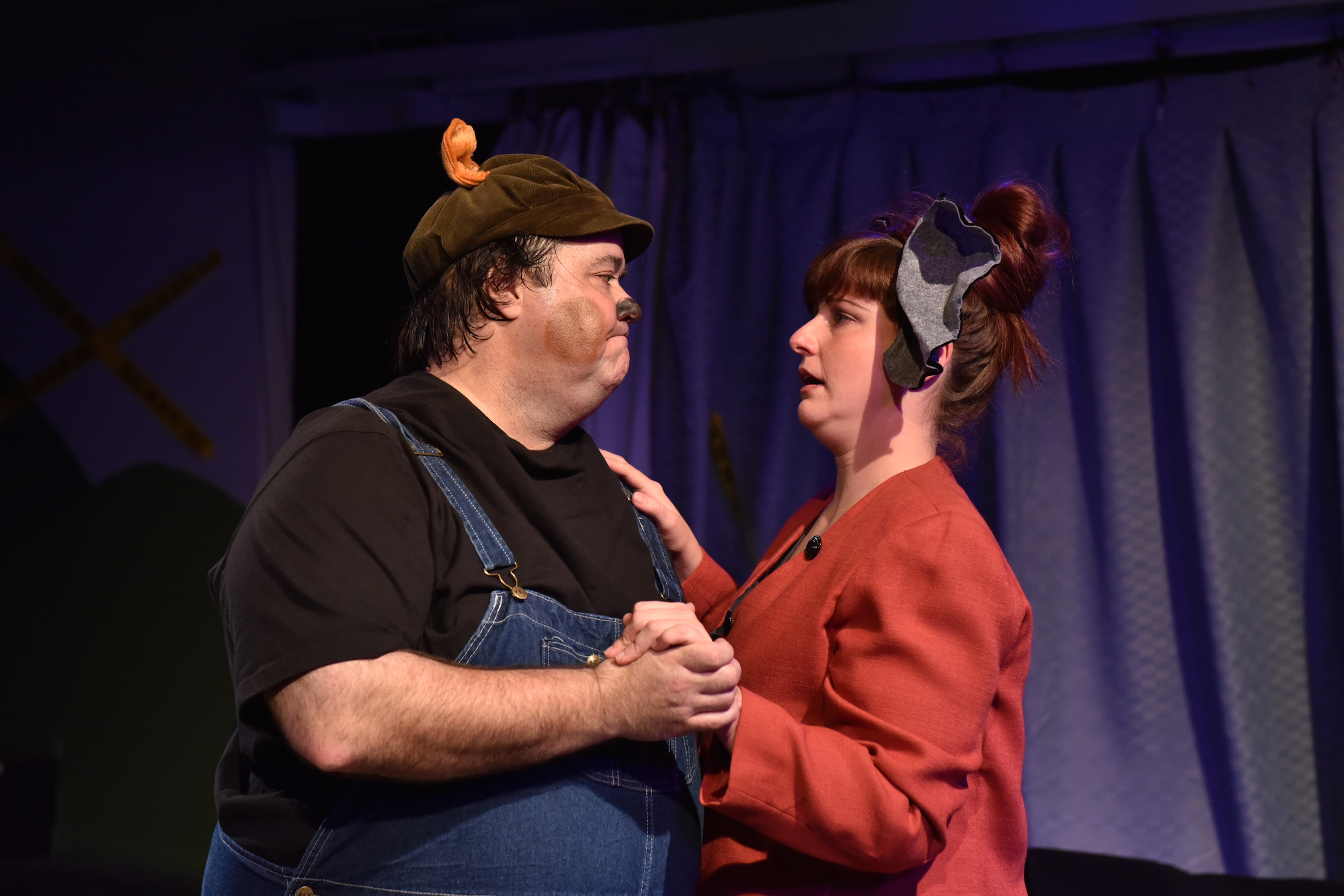 Imagine a world as dysfunctional as our own but populated by talking animals and a messiah named Captain Steve, who comes down every couple of weeks or so to make everything right. His magical presence births countless songs, each one sappier than the last. He also attends to the little things, such as smoothing over broken marriages and brokering a truce between the birds and cats. Life in the Caring Kingdom is so groovy, in fact, that the town’s bumbling, overfed bear vomits rainbows. And then the unimaginable happens. The messiah dies. Worse, it seems that the magic elixir he took in order to shrink himself was chock-full of opiates. That’s right, Captain Steve was high as a kite. And with his passing a power vacuum opens that is quickly filled with blood.

There is much to like in the strangely hypnotic “Captain Steve’s Caring Kingdom.” Mike Ooi (playwright and director) populates the stage with an abundance of memorable characters that include a depressed and serious-minded elephant (Brittany Ellis) who is frustrated by her husband’s inability to be more present in their lives. Much of the play’s charm is in watching her husband, the “OK Bear” (Scott OKen), transform from Care Bear reject to someone willing to kill in order to protect his family. Other key characters include a brooding falcon (Chris Hainsworth), a sinister turtle (Michael Reyes at his creepy best) and a mobster monkey pirate ready to take on the king (Christopher M. Walsh in both roles). Together these characters roam a rich and theatrical world that is part Dr. Seuss, part “Peyton Place” and in the end, a bit “Goodfellas.”

The play could benefit from a more defined backstory as it never makes clear the relationship this mythical land has to the small screen. Pre-show, the audience is subjected to a numbing loop of sugary kid shows. The last video seen includes snippets from what appears to be the television production of the Caring Kingdom. Should it be assumed then that we are witnessing on stage the “E! True Hollywood” version of the same show? The script never alludes to this possibility which is a shame as it would have allowed the characters to experience a “Truman Show” like existential crisis.

This play is not for everyone and definitely not for children. At the same time, it offers a dark and humorous take on what for many is a safe, sacred territory. With or without Captain Steve, the Caring Kingdom is a place worth visiting. The lessons learned, however, would make Mr. Rogers blush. (Noel Schecter)