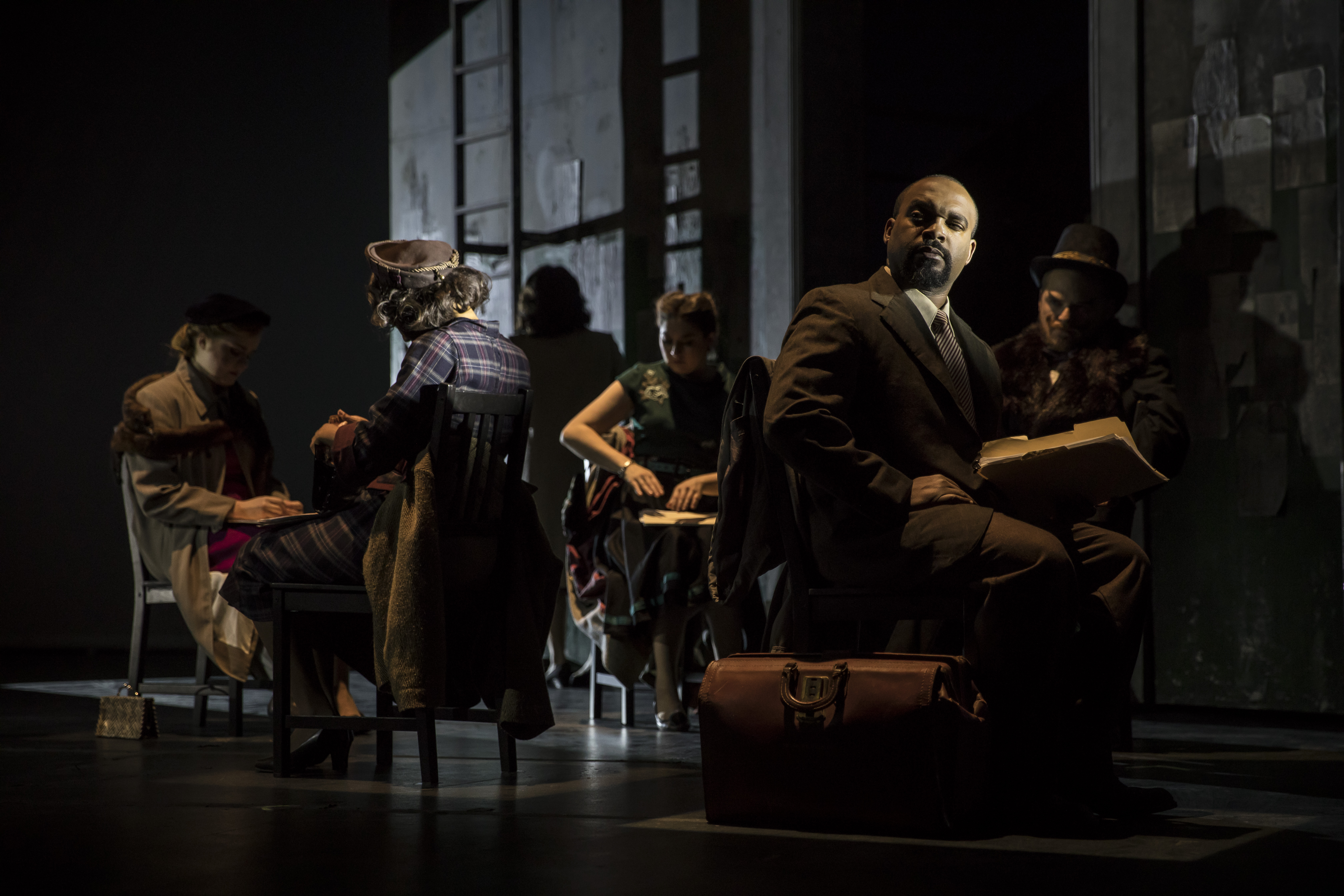 Gian Carlo Menotti, who, during his lifetime, was considered one of the most widely performed of all living opera composers, won the first of his two Pulitzers for “The Consul” after its premiere in 1950.

The story of the opera is relevant and timely. Magda (Patricia Racette) and John Sorel (Justin Ryan) are persecuted by their unnamed country/pseudo-police state for political dissidence. Magda protects her husband John, a freedom fighter, when he escapes to the border. With her sickly baby and mother (Victoria Livengood) at home, Magda must return to the consulate day after day to attempt to get an exit visa. The slow bureaucratic process and the Secret Agent police taunt her and her family’s safety, driving her to madness.

While it is common for modern scores to experiment with non-traditional phrasing, melody and harmony, the music here does not achieve this experimentation particularly well. Length and pacing are subjective, yes, but when the entire score and storyline run along the lines of “ultimate despair” without a significant amount of wavering or increasing intensity, the opera fails to distinguish the climaxes felt by the players and, in turn, the audience. The score does little to evolve. As a result, what few climaxes there were do not stand out. In order to highlight an emotion or feeling, it has to be just that: highlighted. Regardless, conductor Kristof Van Grysperre leads the twenty-six-piece orchestra precisely.

Andreas Mitisek, former COT artistic director and this production’s director, makes the most of the stage direction and costumes, which fit directly with Alan Muraoka’s German expressionist-Soviet Constructivist-reminiscent stage design. However, holes in the storyline and character development, coupled with unnatural arias, moments that linger too long and lyrics that prolong uncomfortably, create a difficult piece to convey on stage.

There is one gag that briefly diffuses the dramatic relentlessness. Nathan Granner plays an out-of-work magician who tries to convince the Secretary to give him a visa with his magic tricks, hypnotisms and general chaos. He was able to capture the hearts and humors of the audience. While his role was executed successfully, it felt otherwise out of place.

A story of immigration, particularly one that features political refugees, is wrought with strife, despair and, above all, a plethora of factors contributing to the refugees’ difficulty in leaving. The script features approximately one-and-a-half of these issues. The main aspect is, of course, the slow and unfair nature of the immigration/consulate offices. The other aspect, which is only slightly addressed, is the interference of secret police and government taunting. Bass-baritone Cedric Berry plays a sly but relaxed Secret Police Agent and visits the Sorel household a few times.

Magda mentions the stalking and treachery of the Secret Police to the consular Secretary (played by complicit and dutiful Audrey Babcock) and her mother but there are few other signs of struggle, destruction or disruption on set. Magda’s shock and despair at the sight of the Secret Police Agent leaving the Consul’s cabinet, therefore, fails to pack a punch. Though Menotti’s goal was to speak to the “universal experience of immigration, removed from a set location or time,” as director Mitisek claims in the program, he fails to explore the depth and intensities of these experiences and the varied amounts of hardship that accompany them. (Danielle Levsky)