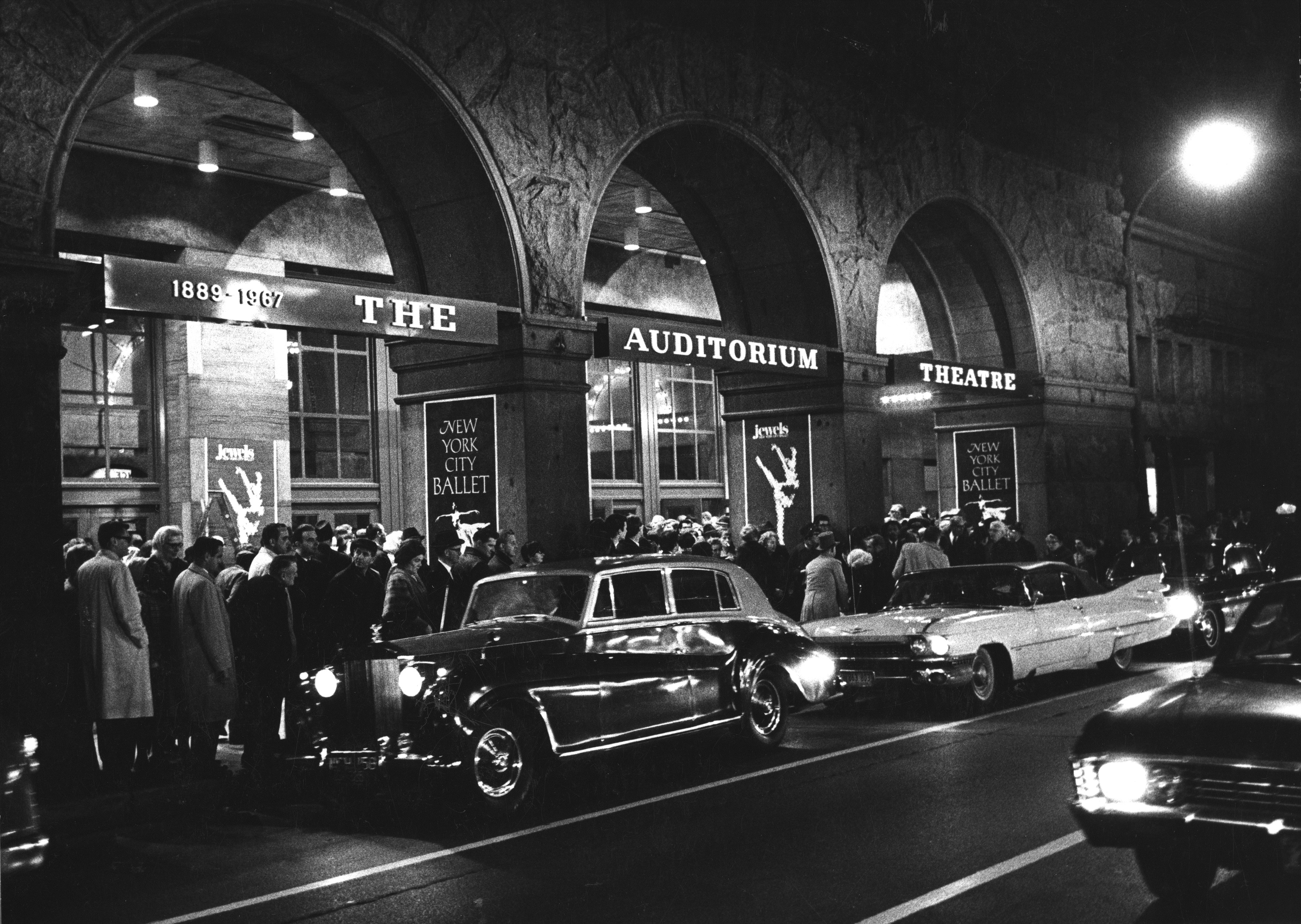 Fifty years since its 1967 reopening, after other uses which included a stint as a World War II service center, Auditorium Theatre CEO Tania Castroverde Moskalenko thought it was important to recognize the occasion. “The theater’s reopening in 1967 was made possible by a woman named Beatrice Spachner,” she relates. “She raised the necessary restoration and renovation funds—who believed that the theater would build community and bring people from around the city and around the world together under one roof.”

Community-building today begins with a look back at the history of the theater’s efforts to showcase dance. “There’s a thread throughout the evening that celebrates the theater’s history and architecture,” Moskalenko says, noting that the program begins by echoing the 1967 grand-reopening-night’s performance by the New York City Ballet, which starred principal dancers Suzanne Farrell and Edward Villella. “The performance begins with a nod to Balanchine—two of the works that will be performed are pieces that he choreographed specifically for Farrell and Villella. New York City Ballet dancers Megan Fairchild and Daniel Ulbricht will perform ‘Tarantella,’ which was created for Edward Villella and Patricia McBride, and Suzanne Farrell’s own company, The Suzanne Farrell Ballet, will perform ‘Meditation,’ which Balanchine created for Ms. Farrell. Then we go into the theater’s earlier, pre-1967 history with performances from dancers including Liudmila Konovalova, who will perform ‘The Swan’ in the style of the famous Russian dancer Anna Pavlova, who danced on the Auditorium stage in the 1920s.

“The second half of the program focuses on the theater’s present and future with performances from companies including Alvin Ailey American Dance Theater, the Joffrey, MOMIX and Parsons Dance,” Moskalenko says. With all that history packed into a single evening, it’s a must-see for dance lovers, and a recommitment to a rich history of setting the stage for the art form well into the future.