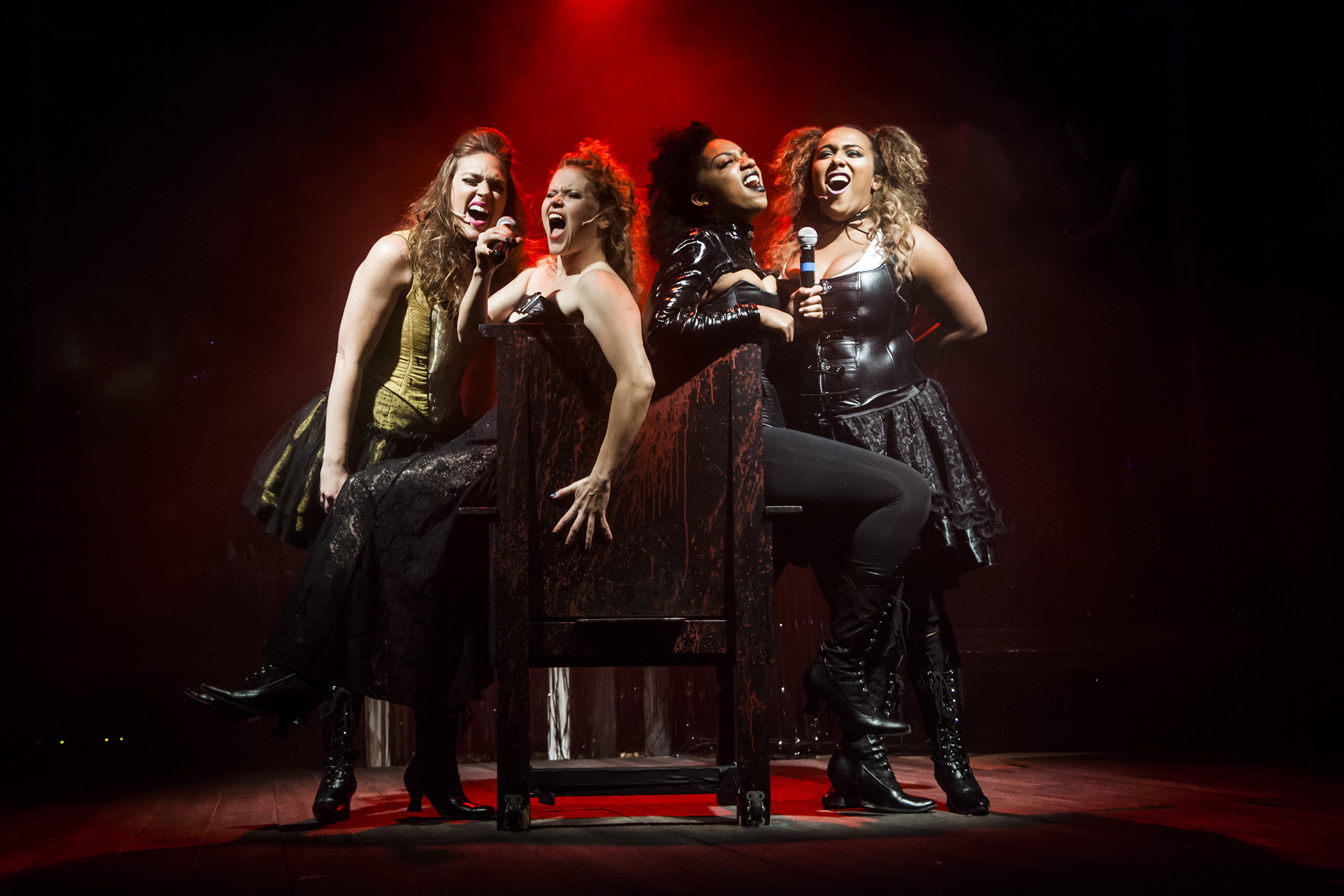 The world is on the verge of a reckoning. Since Harvey Weinstein was outed as a serial abuser, people around the planet have come forward about their experiences surviving sexual abuse. It’s been a whirlwind—cathartic for some, triggering for others and, according to the hundreds of think pieces published in the past month, terrifying for men who are trying to determine if they are complicit in systemic patriarchy. (Spoiler alert: they are.)

This context is important. As I watched a rock opera about a woman brutally murdering her abusers, my shoulders started to unlock for the first time in four weeks. And I want the men who are reading to understand why.

Near the end of “Lizzie”—Firebrand Theatre’s inaugural production loosely based on the story of Lizzie Borden—our murderess propounds, “Maybe someday they won’t point and stare.” She’s talking about the experience of being an infamous killer but I hypothesize that I was not the only woman in the room who felt like the lyric was an echo of how exhausting it is to live in the world as a woman. Maybe someday men will stop catcalling. Maybe someday they will stop leering. Maybe someday they will stop touching what they shouldn’t. Maybe. Someday. With all that’s going on, it’s easy to think that we might be seeing real change—but we are still living in a patriarchy. The only real difference is that now we’re talking about it nonstop and subsequently, constantly triggered. There is seemingly no escape. No wonder Lizzie reached for an ax.

It’s my experience that most violent rape revenge narratives are written by men who tend to have a misunderstanding of how people who are not men respond to trauma. This play is no exception. But for every single moment that smacked of a toxic-masculinity response to trauma, there were twenty moments of being blasted away by the sheer force of the production.

The script might not be the strongest, but this cast makes it work. They climb on chairs and throw mic stands to the ground and melt your face off with vocal chords of steel. Twenty-four hours later my ears are still ringing. If you aren’t cheering for the women of “Lizzie” by the end of act one you might be dead.

This is what theater should be. Theater should respond to the moment, give voice to the oppressed and demand that we all do better. Perhaps it’s strange that a musical about a murderer is empowering women-identified audiences in Chicago. But we’ve all had to sit through “Sweeney Todd” for thirty-eight years, so why not give Lizzie Borden the microphone for once.

In Lizzie’s trial her lover tells the court, “[She was a] young girl. And young girls cannot go and do and have.”

Well, we have a little more than we did before. We have “Lizzie.” We have the world’s first feminist musical theater company. We have Firebrand. (Emma Couling)

Hi, Ms. Couling. Thanks for your review. We are thrilled that Firebrand has chosen LIZZIE to lead off with and it sounds like they’ve not only put their best foot forward, but made a grand entrance. I don’t generally respond to reviews, but in this case I feel it’s an opportunity to engender a potentially helpful/useful/positive dialogue. You make reference to “toxic-masculinity response to trauma” yet offer no example(s) of what might constitute such a charge. Is it simply the violence of the transgressive act, the very thing—the historical fact—that elevated Lizzie Borden to American legend? I am genuinely curious… Read more »