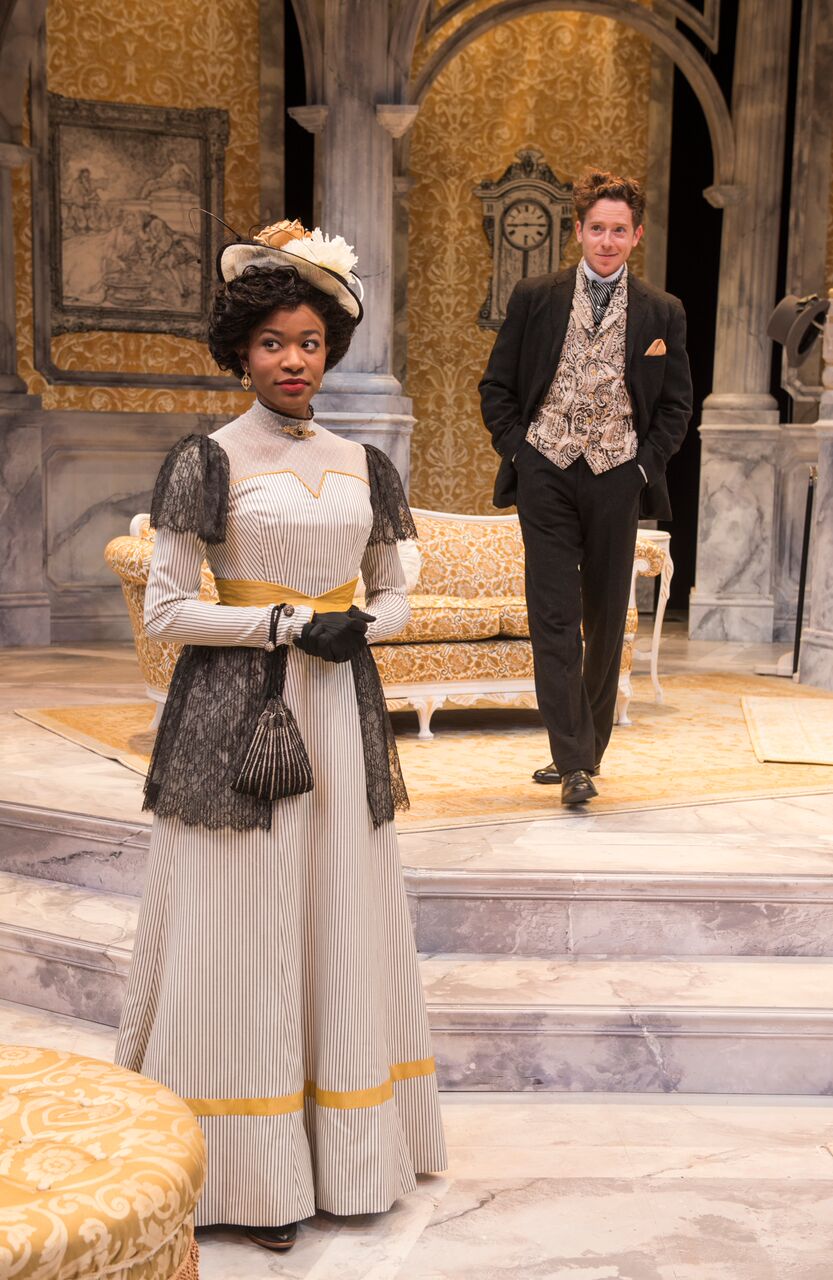 Writers Theatre artistic director Michael Halberstam is at the top of his game in his presentation of Oscar Wilde’s late nineteenth-century classic “The Importance of Being Earnest.” Punctuated smartly by two intermissions, this farcical comedy offers three increasingly silly acts that culminate in a completely satisfying and surprisingly visual culmination where the color green (perhaps a shout-out to Wilde’s native Ireland?) links everything together like an assortment of mixed nuts.

As Algernon, Steve Haggard is wonderfully mischievous as a man so repressed by late Victorian society that he resorts to creating an imaginary invalid friend in order to find a way out of the more tedious aspects of polite society. Playing opposite him is his friend John Worthing (Alex Goodrich, whose later unraveling provides some of the play’s best moments). Algernon, as well as John’s love interest Gwendolen (Jennifer Latimore in a stand-out performance), have only known him as Earnest, which John pretends to be whenever he is away from his country home. This proves to be a bit of a problem as Gwendolen makes it very clear she could only ever truly be in love with a man named Earnest. Algernon later visits John at his country estate, becomes smitten by John’s ward Cecily (Rebecca Hurd) and illogically also assumes the role of being Earnest, which is in fact the one thing Algernon and John find impossible to be. Acting as a sort of Victorian referee to this madness is Cecily’s mother, Lady Bracknell (Shannon Cochran), who is not shy about voicing her own ideas as to what makes for a suitable suitor.

At the heart of this comedy is Wilde’s whimsical wordplay, with sentences often contradicting themselves, and phrases that manage to be both witty and nonsensical. (“If you are not too long, I will wait here for you all my life” is my favorite example). Halberstam allows the audience plenty of time to digest this dialogue while at the same time briskly moving the action along. The casting is as impeccable as the delivery is crisp and the principal actors play off one another with often-silly abandon. (Noel Schecter)