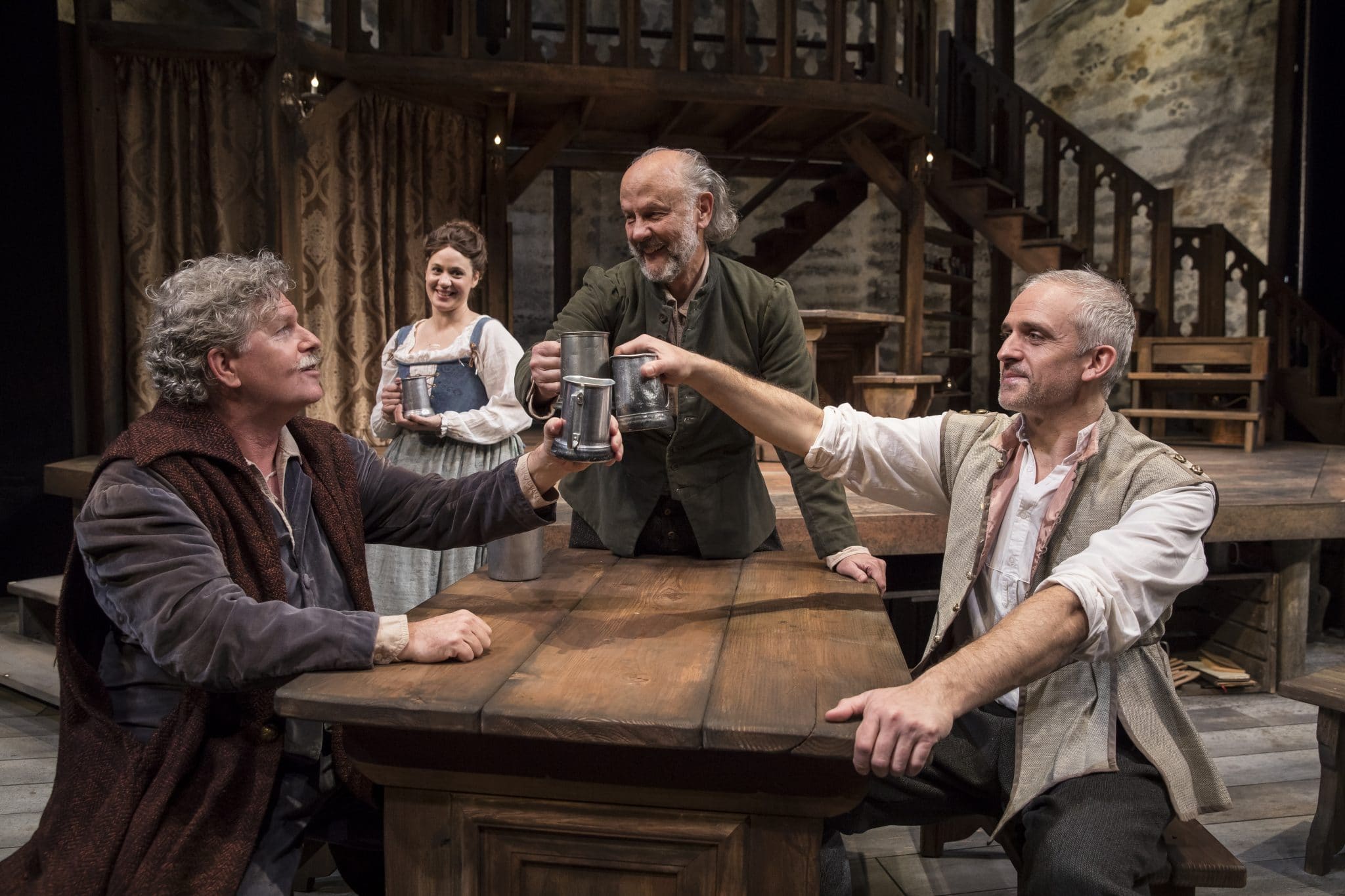 In “The Book of Will,” the Midwest premiere currently at Northlight Theatre, Shakespeare’s friends, in their old age and reminiscence, decide to gather his plays into folio for publishing. They face no real conflict and then two hours later the play ends.

“The Book of Will” is a comfortable play heavily aimed toward Northlight’s target audience and I have no doubt of its fiscal and popular success. All the pieces of the puzzle fit together and they’ve got a low-key Shakespeare-nerd celebrity to boot. (I am a Shakespeare nerd and I was excited to see Austin Tichenor on stage, I admit it). The production values are high, the actors do well, the audience sitting around me was certainly delighted.

But as I sat, occasionally glancing at the increasingly blank piece of paper that should have had at least one note written on it by the end of two hours spent in the theater, I could not help but feel a kind of lukewarm exhaustion. And so I turned, in my weary desperation, to the program to see if answers lay therein.

In her note in the program, playwright Lauren Gunderson pontificates at length about the power of laughter and her wish that this play can generate some joy in what feels like an increasingly dark world. But even comedies need conflict and joy only exists in relation to sorrow. If the darkness and tragedy Gunderson is referring to is the current administration and the rise of white supremacy, patriarchy and oppression then how does yet another play performed by an all-white cast, written about white people, performed for mostly white people, created and produced by white people fight that darkness? To be frank, doesn’t it perpetuate it?

Artistic director BJ Jones’ program note makes it clear that Northlight’s intention is to highlight the women who contributed to Shakespeare’s First Folio, but all of the women-identified characters were secondary, defined by their relationships to the men in the story. The play itself only barely passed the Bechdel test by virtue of a two-minute scene shoehorned into act one for no apparent reason other than to pass the Bechdel test.

Perhaps there was a point in recent history when we were all living in the kind of bubble that allowed us to worry less about the state of the world and the systems of oppression we contribute to. And perhaps at that point in recent history this play wouldn’t seem so ineffectual. But in November of 2017 when everything seems urgent, it’s disheartening to see an artistic institution waste their considerable power over the hearts and minds of their patrons. It only matters if you think stories matter; it only matters if you think theater can change a mind or a heart. (Emma Couling)

As a subscriber to Northlight for many years, I have seen a steady stream of decidedly left-leaning productions exalting the goodness and worthiness of women, the economically disadvantaged and various minority groups, and decrying their treatment at the hands of evil governments, corporations and wealthy people. Perhaps needless to say, I’ve seen very little at Northlight leaning in the opposite political direction. How surprised and disheartened the Northlight powers that be and, I’m sure, the cast of this production, must be to learn from Ms. Couling that they (and, apparently, their audience!) are complicit in “the current administration and the… Read more »