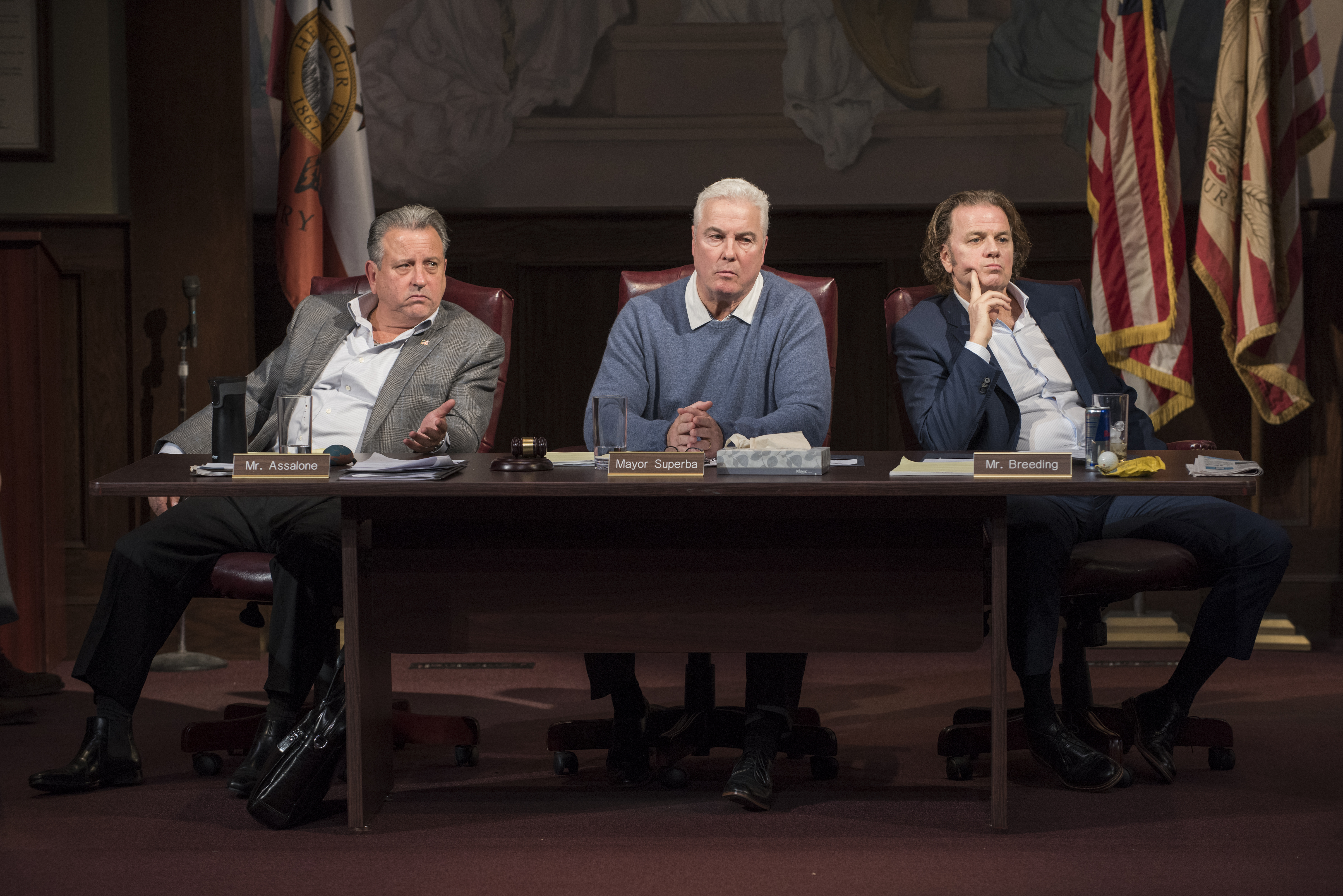 Athena slouches in a chair—her shield at ease, her tunic askew—beneath a flaccid flag in the mural where the council members of Big Cherry assemble weekly to uphold the status quo according to lapidary protocols conceived by unworthy men. The roof is leaking, the lights are blinking and everyone prefers the donuts to the fruit.

This is the seat of power in a realm that, like many of Chicago stages, is dominated by an array of white people supported by a token black man (James Vincent Meredith as Mr. Blake), here requiring him to propose raising money for the city with a cage-fighting freak show called “Lincoln Smackdown” and otherwise affirm the bigotry of those present. The role of white savior is played by Mr. Carp (Ian Barford), whose apparently shocking discovery about the origins of the city has caused him to be expelled from the council (hint: the whole place once belonged to Native Americans. The rest is probably obvious).

In a style straight out of “Saturday Night Live,” including a character who looks like an overmedicated, middle-aged version of Cheri Oteri’s Spartan cheerleader Arianna (Sally Murphy as Ms. Matz) and a Civil War reenactment skit that sugarcoats white supremacy in slapstick comedy, Tracy Letts’ “The Minutes” at first draws laughs in recognition but does not strive to achieve anything before a consumer base that is largely white, liberal and in possession of disposable income.

Of her reading of Letts’ play “late one night in early December of last year,” Steppenwolf artistic director Anna D. Shapiro writes in the program,“It was such a glorious relief… I laughed until I cried.” Her conclusion that “the story is bigger than each of us and bigger than all of us” echoes the narrative of the play: a community recognizes itself as oppressive yet evades all responsibility to effect change. The Greeks described the experience of tragic drama as catharsis, a purification or cleansing of intense emotion via vicarious witness. To expel these feelings in mere entertainment seems a gross misuse of the genre though appallingly true to the tragedy of our time. (Irene Hsiao)