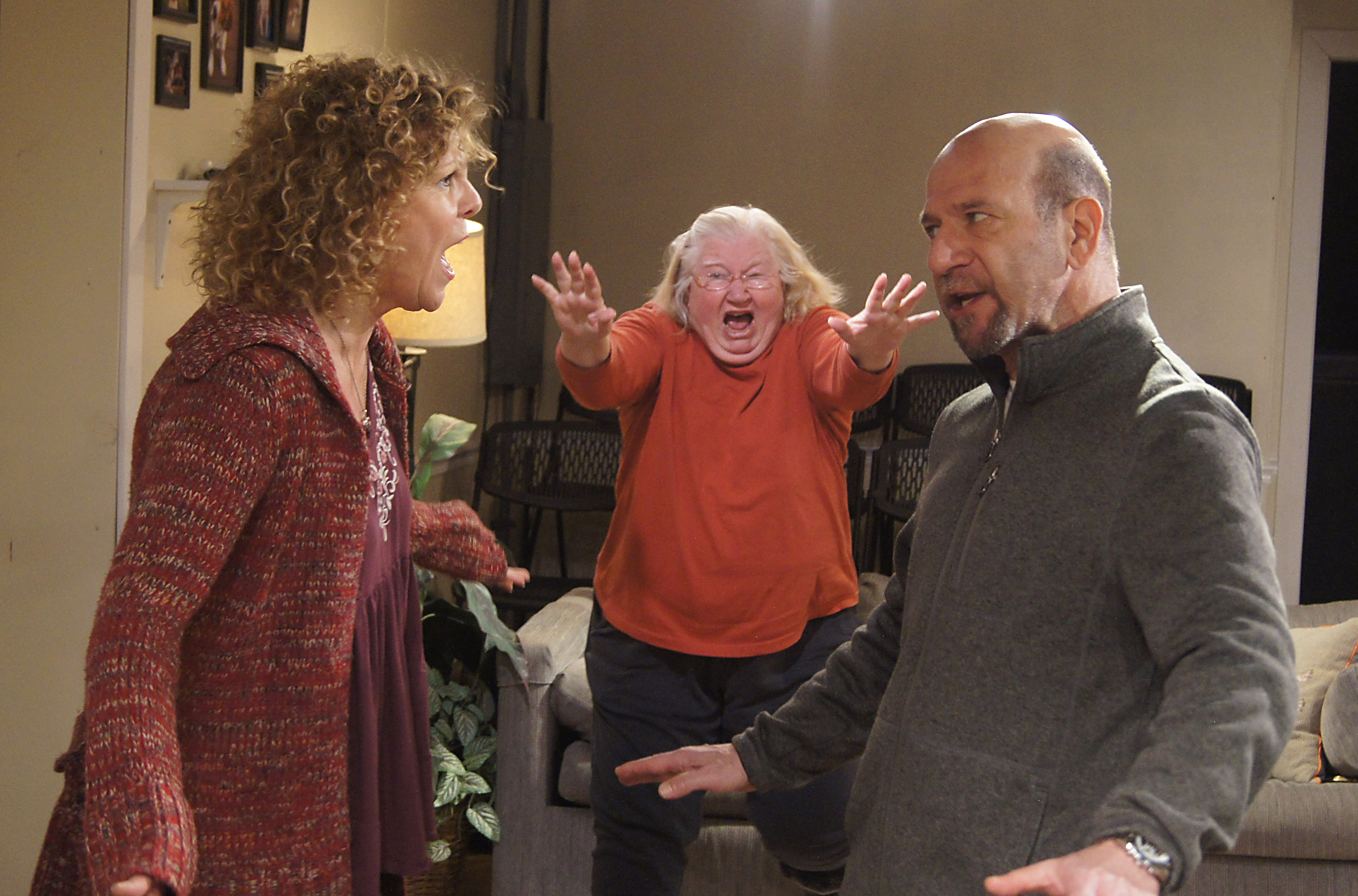 From its overlong title to its two-dimensional characters to its histrionic tone, “I Saw My Neighbor on the Train and I Didn’t Even Smile” seems stretched and out of control, like a Jerry Springer episode given a three-act treatment. Heavy without being deep, cutting but not witty, Suzanne Heathcote’s 2015 drama of family dysfunction is an odd holiday-time snark-fest of a show, custom-made for the bah-humbug set.

It’s never a good sign when a play begins with a jump-the-shark premise. In this case, it’s the exile of young Sadie from her mother’s California home to her indifferent dad (played by Adam Bitterman) in cold Chicago after she makes a sex tape with the high school football team, which goes viral. Sexy Sadie—who is fifteen going on forty-five—becomes the unwished-for responsibility of her love-starved aunt, who is still mourning the year-ago death of her dog and is already burdened with a gin-swilling, acid-tongued mother, the grandmother that Sadie has never met. The women argue with and abuse one another, then display their wounds and shared victimhood and finally begin to bond as the play’s initial implausible cruelty slides into predictable sentimentality.

Heathcote—a British actor-scriptwriter-playwright now ensconced in Hollywood—gives us a sequence of short, static scenes, possessing a soap-opera feel but with more bad words. Perhaps the writer’s goal is to demonstrate the infantilism of American culture by depicting all three generations as equally self-absorbed and immature. But the play itself has an adolescent quality, wobbling between painful earnestness and drama queen posturing.

Redtwist is known as an actor’s theater and the ensemble is strong. Kathleen Ruhl is formidable as the battle-axe granny and Emma Maltby captures in posture and movement the raw hurt and anger beneath Sadie’s jailbait persona. Jacqueline Grandt gives a convincingly childlike touch to the vacillating, easily manipulated aunt. There are limits, however, to what even the most gifted cast can do with a script that offers so little in the way of character development or emotional range.

Director Erin Murray keeps things lively but is hampered by the constraints of Redtwist’s tiny, low-ceilinged, poorly-lit space, where the actors must double as stagehands. The room can barely contain the keyed-up, ever-attacking or defending characters, creating a trapped, claustrophobic effect. By the end, the evening feels like Sartre’s “No Exit,” minus the philosophy. The hour-and-forty-five-minute show has no intermission, preempting the possibility of escape. (Hugh Iglarsh)