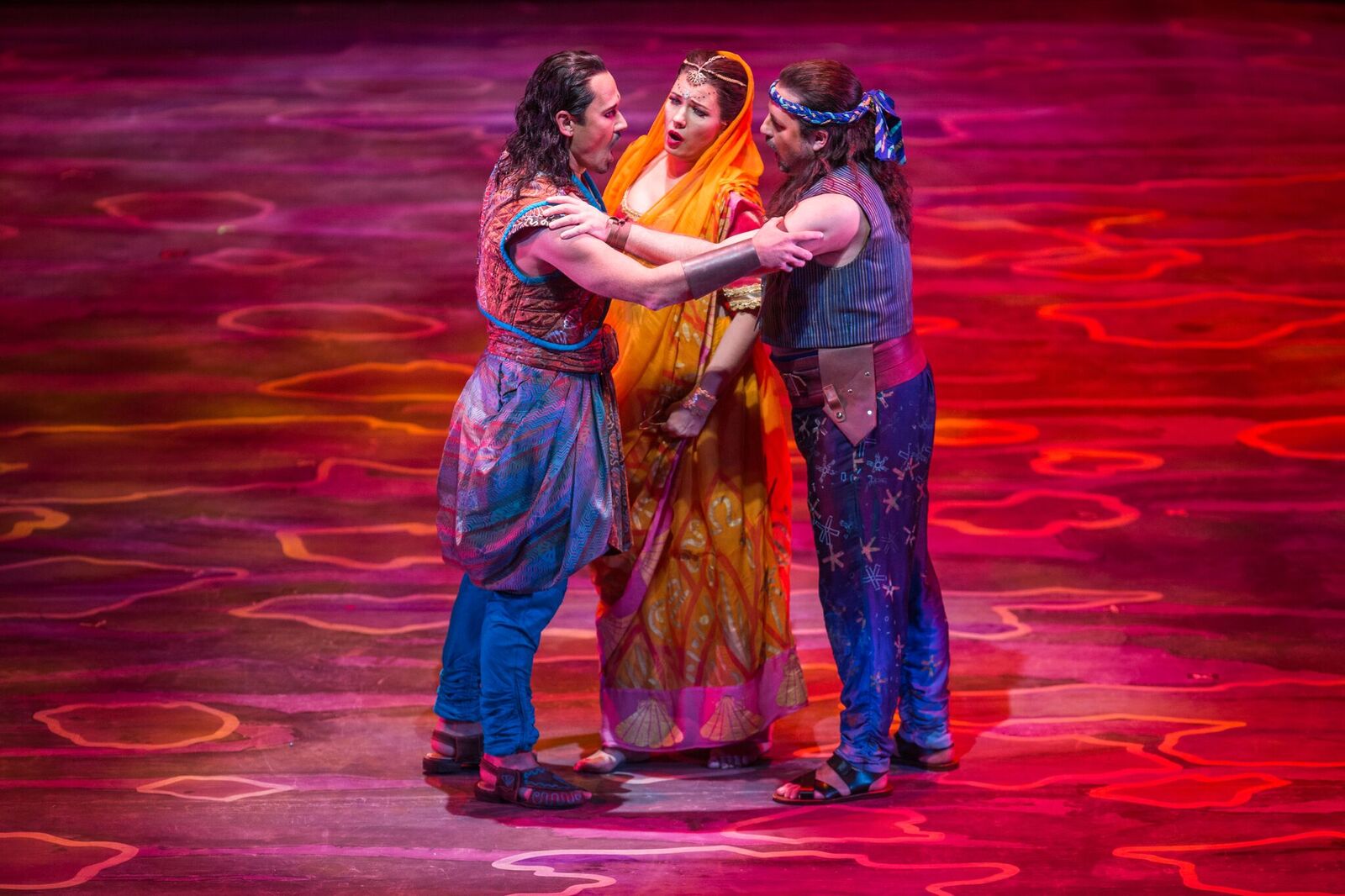 Plenty of people have quibbled about Bizet’s problem child, “Les pêcheurs de perles.” After its initial eighteen performances, this opera was sent away for a very long time. Even Bizet didn’t like it. Only Berlioz went on the record as liking the piece but we must consider that he could be a contrarian and might have been having one off the wrist in the general direction of the French musical intelligentsia.

Nevertheless, the opera is growing in popularity, particularly in the United States and especially in Chicago, following its airing during Lyric’s 2008-2009 season, featuring the naked torsos of Eric Cutler and Nathan Gunn. I understand that they sang nicely, too. Since others have quibbled in general, I will quibble specifically: Lyric’s current production finds the singers at odds with the direction, as they attempt to simulate physicality with each other that is so clearly inorganic individually and collectively that we have no choice but to blame the director. The dancers, none without charm and ability, are unevenly matched in style, to the point where we must blame those connected with the casting and rehearsing of this ad hoc troop.

All the rest of it is just plain gorgeous. Marina Rebeka (Leïla), Matthew Polenzani (Nadir) and Mariusz Kwiecien (Zurga) all sing this lovely music with exactly the right style, particularly in that every phrase passes through a rock-solid, melting mezza voce. These three artists give every moment its beginning, middle and end, and in the appropriate order. Further, their techniques are so well-honed that this gentle melding of vocal registers is always audible, even in Lyric’s cavernous temple. Polenzani’s first aria is floated so hauntingly that he never reaches a true forte, because his soul-searching of the fledgling Bizet’s melody doesn’t call for it.

Go to hear the famous tenor and baritone duet—you know it even if you think you don’t—and stay for a fairytale of love gone awry. You’ll be too lifted out of yourself to quibble. (Aaron Hunt)