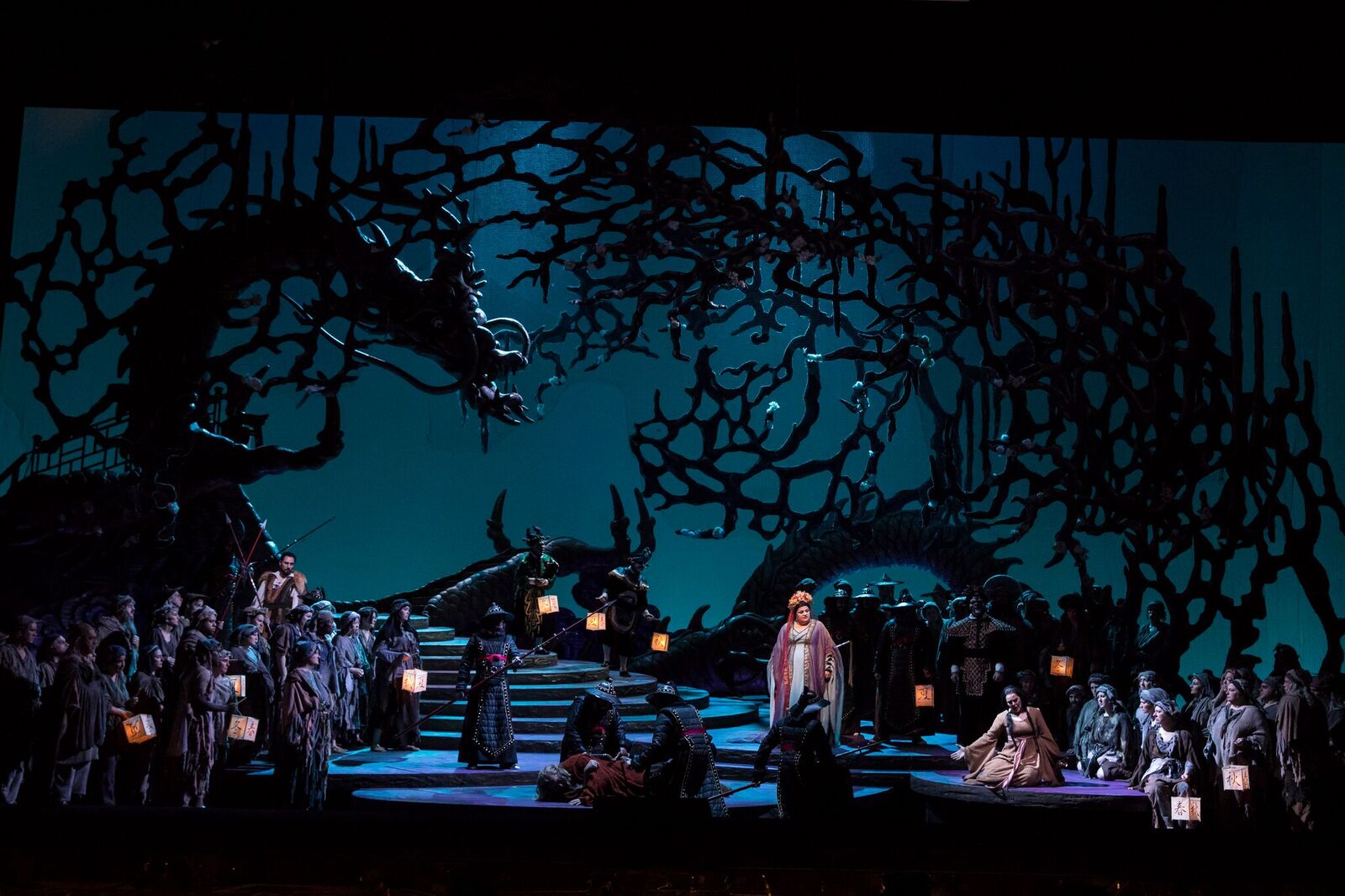 A classic piece of theater never goes out of style. Everyone will find a part of the story that strikes a personal chord. That tiny fiber of connection will lead them into a world that may seem remote, from which they emerge with a new understanding of others, themselves or the greater consciousness. Puccini’s final epic feels extraordinarily prescient, with its themes of misogyny and sexism, conquest and annexation and emotionalism versus modernism as appropriate reaction to worldwide PTSD. The composer’s art softens what could be an overly replete expedition behind a scrim of the commedia dell’arte tradition, while spinning a fairytale that wanders from his adherence to verismo stories that seep the passions of everyday people.

Kearley’s cast essay their single-dimensional roles, both vocally and histrionically, with one exception. In the title role, soprano Amber Wagner can’t hide the emotionally shifting beauty of a voice that is soul-tied. Her ice-princess glowers and growls facially, charges and gestures viciously but her coppery voice never loses its exquisiteness, in contrast to many of the Turandot’s of this generation and the former. Stefano La Colla (Calaf) projects a disconnected emotionlessness as he ignores his ill father and the love-stricken, heroic Liù of Maria Agresta; he answers only a radical attraction to a symbol of power.

La Colla’s tenor is reminiscent of Caruso, flattening out at the top with a screaming “virile” ring that pierces the ear accustomed to the effervescent vibrato of Pavarotti. Agresta’s soprano is lighter than expected in a role most often assigned to a lirico-spinto. However, Agresta’s sound comes across as youthful and vulnerable. Both of these casting choices serve the production well. I have never been a fan of Andrea Silvestrelli (Timur) but last night he won me over, singing with a warm timbre, creating a gut-wrenching character, stumbling blindly into his senility.

Puccini didn’t finish this masterpiece before his death. I desperately wish this opera wouldn’t be staged past the last note of Puccini’s final pen-stroke. He had struggled in vain to answer his own questions, giving us a majestic opportunity to search our hearts as well. (Aaron Hunt)